This essay was first publised on the RTKL Associates website (PDF - 281 KB). It is reproduced here with permission.

For decades, suburban development has been defined by uncontrolled growth, dependence on the automobile, and mile after mile of isolated single-use tracts of housing, retail and office buildings.

Today, several important trends are finally challenging this development, and municipalities, developers and the public are looking toward suburban redevelopment as a solution to the woes of sprawl.

The first driver is the changing face of retail. Consumers no longer seek the regional malls of the past: large enclosed centers surround by acres of parking. Instead, they are looking for shopping experiences that re-knit them into the social fabric - town centers with public spaces, see-and-be-seen hubs of entertainment and activity, and well-integrated shops that serve as a logical extension of their everyday lives. 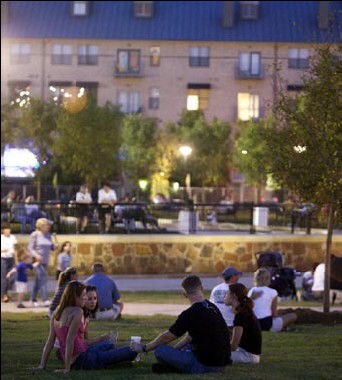 Next: the rebirth of cities. Because of massive downtown revitalization efforts around the country over the past ten years, consumers are now aware of the benefits of city living. Empty nesters and young adults alike are moving back to cities, investing heavily in the revitalized, connected, vibrant urban neighborhoods their parents once fled in search of suburban tranquility.

Additionally, as the world grows smaller and technology larger, consumers are more educated about their options and have higher expectations about their quality of life than ever before. As a result, suburbanites are now demanding the same positive development their urban counterparts are enjoying around the world.

Finally, the suburbs are growing exponentially. Immigrant populations - both highly educated and skilled, and uneducated and unskilled - are flooding the areas surrounding first and second-tier cities.

This influx of people, particularly those with different social, healthcare and educational needs than native-born Americans, has the power to spur more negative development to meet housing and employment demands (see sidebar: The New American Dream). If not addressed quickly, the negative effects of sprawl will continue to grow unchecked as more and more greenfield space is consumed.

With all of these new market demands in place, the solution seems clear: Reinvent suburbs to be human-scaled places that link live, work and play, and promote meaningful development that improves the overall quality of life. But this challenge is difficult for even the most enterprising town leaders and developers.

Though it is changing slowly, there's still a prevailing sense of NIMBYism among suburban residents. Because of prior development, assembling a large tract of land from disparate landowners is virtually impossible in some places. And zoning, though changing in some areas (see sidebar - The Answer to Zoning Troubles?), still poses numerous challenges to developers.

At the end of the day, success builds on success. Well-planned, mixed-use developments like Addison Circle in Texas and Downtown Brea in California are proving that suburban reinvention is possible.

Not only that, but municipalities can implement measures now to foster their success in the future. Taking advantage of the changing market demand requires thoughtful, sensitive and smart redevelopment strategy.

To that end, here are eight steps toward saving our suburbs:

Emphasize the centre of town instead of the "Town Centre."

From the regional mall emerged the town center: an attempt by developers to capture traditional downtown design by turning malls inside out. Today's "town center" is no longer achieved with big-box retailers opening onto surface parking or open-air walkways between stores. Today's town center is actually the center of town. It not only forges integral links to shoppers, but also to where they live, work and play.

Look at the Bigger Picture. 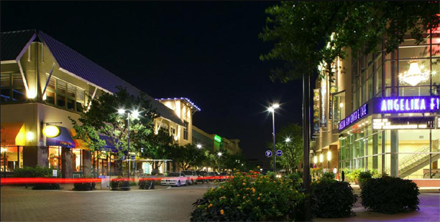 A critical component of any successful urban-style development is scale. Making integral connections to pedestrians means understanding how buildings and spaces interact with them. From the neighborhood to the town center, this relationship must be considered-and design must provide activity at every level.

To capture the vitality and identity needed to promote a vibrant suburban center, well-scaled public spaces must accompany any development, providing the connective tissue among uses. Sidewalks and streets that engage passersby, public places that encourage social interaction and provide a showcase for events, and architectural and landscaping features that celebrate community all help to create a welcoming environment.

Architecture doesn't have to be iconic, but in order to create a viable suburban center it must make a statement about its environment. For too long, suburbs have looked very similar, lacking any distinguishing characteristics from one another. Tomorrow's suburbs will be infused with the local character that makes the world's best places stand out in people's minds.

Effective community design acknowledges two important trends: Transportation drives design, and the automobile no longer reigns supreme. Today's planners and designers are finding the value of building garden suburbs around mass transit, reconfiguring traditional cul-de-sac subdivisions into grid-like networks of streets, and fostering connections both inside and outside of the community with well-integrated transit stations.

Paris Rutherford IV, AICP is the Vice President of Planning and Urban Design at RTKL Associates, an architecture firm based on New Urbanist principles.

By Billiam154 (anonymous) | Posted None at

Exelent Artical thank you for the insight

Rutherford is now a developer with Catalyst Urban.