While basic income recipients still have to meet their fiduciary, legal and ethical responsibilities incurred by the three-year offer they acted on, the government has decided to act in bad faith. 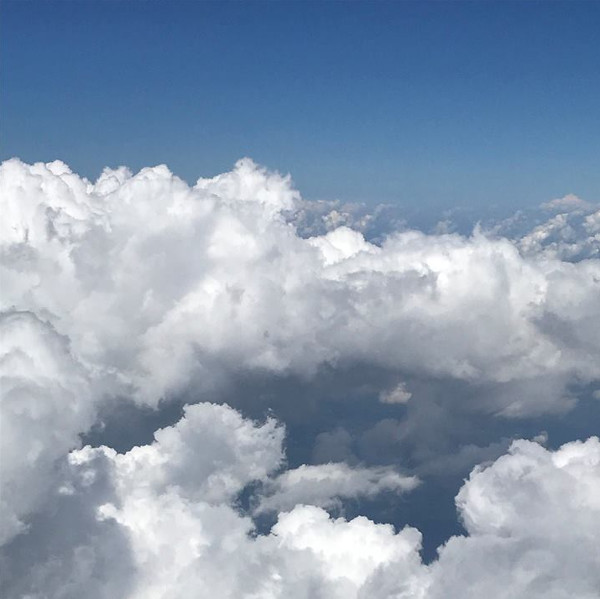 This was the view out my window last week when I heard the announcement by Lisa McLeod, Ontario Minister of Children, Community and Social Services, on income security reform and the early cancellation of Ontario's Basic Income Pilot.

Despite literally having my head in the clouds at the time, rest assured that my approach to anti-poverty work is wholly pragmatic. Four thousand households in this province who are receiving Basic Income supports - one thousand of whom are in Hamilton - will suddenly be plunged into debilitating stress once again.

Winding down anything short of the three years of supports that were promised - by both the former government and the current government during the election campaign - is an unimaginable financial burden for those who contracted financially for a modest cable package, cell phone or internet.

It means not meeting financial obligations of a small business start-up opportunity in progress or support in continuing education.

For one family I know, it means going back to not being able to pay for parking at hospitals when appointments or ER visits are necessary for their very sick little girl.

And while these people still have to meet their fiduciary, legal and ethical responsibilities incurred by the three-year offer they acted on, the government has decided to act in bad faith.

It has been drilled into the public mind over and over how high the costs are for this program, but in reality the amount for the family with the little girl who needs regular medical attention is approximately $300 monthly. In fact, 70 percent of participants are part of what is known as the working poor and do not receive a full cheque.

The cost of the pilot in terms of government spending is $50 million annually. That is 0.03 percent of Ontario's $152.5 billion annual revenue. In comparison, ending the Cap and Trade program costs $1.9 billion in lost revenue, and the business tax reductions proposed during the election will be a $1.3 billion dollar in revenue loss.

I'm glad we have that straight.

No policy position like the Basic Income Pilot should be negated if it provides governments with the data necessary to make informed choices in the future.

Furthermore, to rescind a promise made during the elections to continue the pilot is a reckless and irresponsible, a move that will harm many. For example, those who gave up a place in a rooming house to move to a safer residence may not find, in Hamilton's current housing market, a place as affordable again.

Ontarians entered into the pilot in good faith. Many required support and encouragement to try it. Now it seems that their skepticism is more well-founded than we ever anticipated.

While the end to basic income is front and centre in the news, the loss of the pilot is not the only concern.

The move away from first year changes laid out by experts in a work plan entitled Income Security: A Roadmap for Change [PDF], is directly opposite to ensuring this government takes care of 950,000 of the most vulnerable people in this province.

Taking care of Ontario's most vulnerable residents was the Minister's cry against accepting refugee settlement earlier this month.

The Roadmap was created by anti-poverty experts. It addresses barriers to workforce participation and adequate supports for basic needs during the process. It also addresses barriers that our current system creates; lack of flexibility and choice clients experience due to antiquated rules.

It was also created, and participation of working group members solicited, on the basis of this being our document, and not a partisan approach to systems change.

With this public support I felt that real change was possible to enable personal agency, wellness and adequate funding.

Balancing the books on the backs of people least able to change their circumstances on their own is unfathomable to me. For people who have reached the door of this system, they have already faced enormous crisis and there are no other avenues open to them.

To let the system remain one that is psychologically traumatizing ,leaving people unable to look toward a better future, is abusive.

Citing exit rates, or lack of exit, only reinforces what I am saying. We know better: we rely on our elected officials to take that knowledge and action it in a way that resolves the issues, not exacerbates them.

Laura Cattari is a Hamiltonian by choice for 24 years, and an advocate specializing in social policy, human rights and poverty. These are her personal thoughts which she is certain will anger everyone, please no one, which suits her just fine.

Taking care of Ontario's most vulnerable residents was the Minister's cry against accepting refugee settlement earlier this month.

There's the key line. It's all about attacking the poor, refugees, and anyone else that does not fit the "Ford Nation" demographic.