G.S. Dunn, the world's largest dry mustard miller, has been sold to Parrish & Heimbecker in a hostile takerover.

G.S. Dunn Ltd (gsdunn.com) has a new owner, according to news reports.

It's a company as old as Canada, a fixture at 80 Park Street North in downtown Hamilton, the world's largest dry mustard miller and the inspiration for Hamilton's late, lamented Mustard Festival.

The Alberta Farmer Express website reported on July 6 that G.S. Dunn's parent company, Thirdcoast Ltd ([thirdcoast.ca(http://thirdcoast.ca)), had given in to a hostile takeover bid by Parrish & Heimbecker Ltd (parrishandheimbecker.com), which the Globe and Mail describes as a $2-billion, family-owned, agribusiness giant.

The Welland Tribune reported on July 13 that P&H had by then acquired all the shares of Thirdcoast for just over $28 million. It said the purchase included G.S. Dunn and the other Thirdcoast subsidiary, Southpier Terminals ([southpier.ca(http://southpier.ca)). 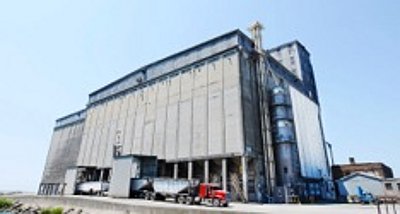 Southpier, which began operating in 1898 as the Goderich Elevator and Transit Co., has grain handling, processing and storage facilities in Goderich and Port Colborne.

Joe Lannan, Southpier's Port Colborne manager, told the Tribune that no major changes were planned. "It's just that we have a new change of directors, basically," he said. 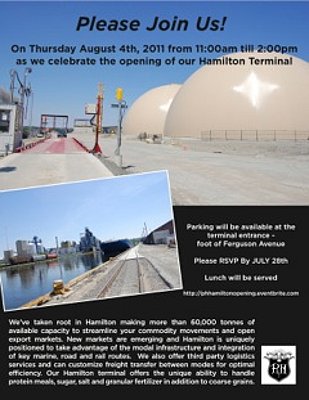 In the fall of 2010, P&H opened a Hamilton grain-storage facility consisting of two nine-storey-tall concrete domes, each as big across as a football field, on the Hamilton Port Authority's Pier 10 at the foot of Wellington Street.

Sean Silcoff reported in the Globe and Mail on July 2 that the takeover fight was sparked by the impending end of the Canadian Wheat Board monopoly, which could jeopardize a steady supply of grain to P&H's Ontario flour mills. 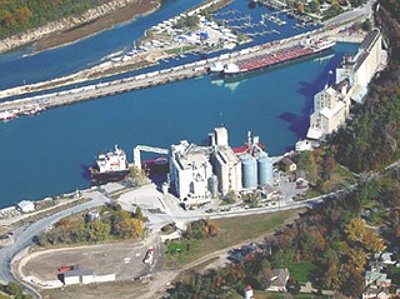 His story said P&H wanted the Goderich elevators in addition to its Hamilton terminal, so it could store enough grain to keep its mills working through the winter, when shipping stops on the Great Lakes.

By acquiring Thirdcoast, P&H automatically acquired G.S. Dunn, although the mustard miller wasn't at the centre of the deal, but maybe P&H's Butterball brand turkey franks will soon be sold complete with mustard.

jack layton drank swish at my house in '87 he was the best....to bad he left early for the sex workers union meeting... Do i get 3 down votes from the same IP ?

bicycles and busses and local vegetables.

Is this the end of the Mustard milling in the core, or will it still be busIness as usual?

I thought Hamilton institutions being bought out and then shut down/relocated was business as usual.