The Hamilton-Wentworth District School Board has got 99 problems, but too much public input ain't one. 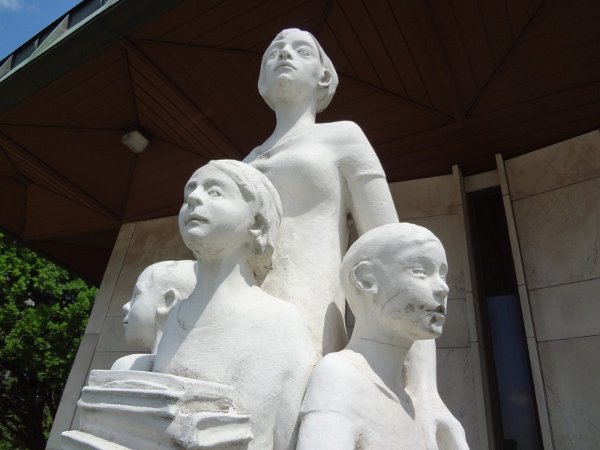 Early this year, after a tumult of school closures and the demolition of the downtown Education Centre amid egregious failures of process and betrayals of the public trust, the School Board trustees hired an outside contractor to review its governance procedures.

According to a Spectator article, the draft report by consultant Susan Hallett actually recommends reducing the scope of public engagement.

Trustee Jessica Brennan stresses that this is still just a draft recommendation, but it is astonishing that anyone with a working knowledge of how the School Board operates would propose reducing public engagement.

The Board already suffers from a pattern of secrecy that allows for flawed decision-making processes that merely rubberstamp pre-ordained conclusions. 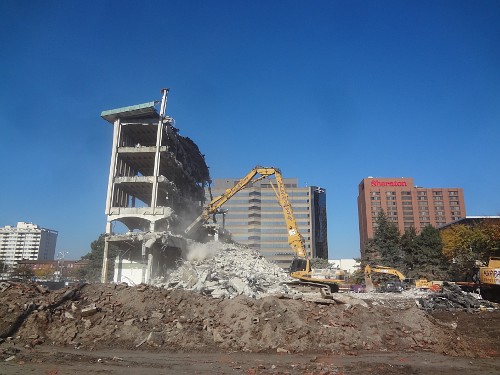 During the contentious debate over the Board's plan to move out of the downtown Education Centre and relocate to a new suburban building near Lime Ridge Mall, it emerged that the Board changed the weighting of its decision criteria to ensure that the Crestwood proposal came out on top.

Then, while a task force to search for a downtown location was still underway, the Board went in camera and decided to disband the task foce and abandon the search.

That was the same meeting at which the Board decided to close seven high schools to focus instead on building new suburban schools in the outskirts of the city.

A similarly controversial decision to close West Hamilton primary schools was plagued by bad data from a capital costing tool known to be inaccurate. Trustees and staff reluctantly acknowledged that the methodology was flawed, but refused to revisit the closure decision based on that flawed methodology.

Throughout these fiascos, the only Board member to be investigated for inappropriate behaviour was Ward 6 Trustee Laura Peddle, who told her constituents about a decision made in camera to exclude Westmount and Saltfleet schools from the South Accommodation Review Committee (ARC).

Peddle was eventually exonerated for blowing the whistle, since the information should never have been secret in the first place, but in another irony, the $39,000 cost of the legal investigation into her conduct was also kept secret for months.

The Board already makes far too many decisions behind closed doors at in camera sessions and even at private pre-meetings, and it releases its reports and planning documents only reluctantly and after weeks or months of delays.

Crestwood school is in a urban neighborhood on the mountain. How many people vote for Trustee's, or even know their name? Less than 20% of the elegible voters. Pitiful, we get the government we deserve.

Frankly, the trustee system itself is kind of silly when you look at electoral coverage. I mean, look at the coverage our elections get - we learn about the party leaders of each provincial and federal party. Maybe a little coverage for the mayoral election.

Ward councillors, individual MPs and MPPs barely get any coverage at all in the mainstream media. Voters are not really equipped to make informed choices on those subjects, which is why our elections at the provincial and federal level have devolved into being entirely about party leaders.

With that in mind, how could you possibly expect the public to make an informed decision about school trustees? There is no media coverage, no information, nothing. Even independant, politically-savvy reporting institutions like RTH and Coleman ignored the trustees until they started destroying the city.

It's not so much that Ryan and I ignored the trustees, as much as it's we're only one person each and can only cover so much.

I'm planning to livestream all Board meetings from tomorrow forward now that I have that capability.

This would be awesome, Joey. Let's hope they allow it. Other boards have banned videotaping of their meetings, and I can see this board going the same route, given their determination to limit public access, and their track record of secrecy.

The Board is fully supportive of being streamed. :)

I'm glad you're streaming meetings Joey, but you really shouldn't have to. The board promised to start streaming meetings as soon as they temporarily moved meetings to city hall, but forgot to set aside a budget for it. More than anything, I hope your work results in our public institutions taking note and doing things right. (Ha!)

Thanks so much for posting this, Ryan. I hadn't got to the Spec yet so hadn't seen the article. It's just astonishing,although I had heard rumblings from the board about streamlining their ARC processes by giving ARC members less information!

2014 can't come soon enough, although I can't help but share some of MAW's cynicism.

"Democracy is the theory that the common people know what they want, and deserve to get it good and hard." - Mencken

I find it completely unbelievable that a competent outside expert in governance could ever suggest less public consultation for a public school board.

No doubt the consultant is being paid handsomely for her "good work".

Maybe the consultant was asked how to they could get less people to disagree with their plans.

Number one way: Don't tell them your plans. Cheque please!

This comment has less to do with the issue at hand; other than choosing to elect new trustees, is there any other way to introduce change into this elected body? Given the fiasco with the new Ed Centre, etc...can disputes be taken to the Ministry of Ed? Ministry of Finance? I guess that would be in the form of a lawsuit? I'm asking because I really do not know. If anything, the trustees need MORE oversight, not less.

I don't have kids. That said I am still interested in what Trustees decide. What I can't understand is how every parent doesn't demand minutes or some sort of notice, or posting at schools. These decisions affect your kids for potentially 17 years.

The minutes are posted on the board's website, but you really have to know where to look. They certainly don't go out of their way to disseminate them.

School Boards. You will never find a more wretched hive of scum and villainy.

"In the first place God made idiots. This was for practice. Then he made School Boards."
Source: Following the Equator; Pudd'nhead Wilson's New Calendar