Gore Park: Our Piazza Under Attack

A recent trip to Italy highlighted the importance of public squares known as 'piazzas' and the built heritage within.

Having returned from a vacation, I decided to take a bike ride through Gore Park as I was curious what was transpiring at 18-28 King Street East. While crossing into the park, I saw a tourist family leave a hotel and walk towards the Gore.

I couldn't help but notice their anomalous presence in our mostly empty public square. From a distance, I felt embarrassed that a large part of the Gore area was fenced off and scheduled for demolition.

Perhaps these brave tourists were from visiting from Flint, Michigan and could appreciate another city trying to recover from de-industrialization.

Nevertheless, it is a sad commentary that our main public square is so abandoned on a weekend. What is sadder yet is that our Council has thus far chosen not to protect an essential piece of our urban fabric.

I can't explain the failure of our City Council to designate these buildings under the Ontario Heritage Act. Leaving citizens in the dark while conducting in camera meetings is at best neglect.

A recent op-ed piece in the Bay Observer calls this progress befitting the entrepreneurial spirit of our town's founders. That could be argued if there was a plan to rebuild something besides a "whatever".

Perhaps we could even ignore the body of evidence that shows that slum clearance does not work, if only we didn't have so many of our own homegrown examples. We have acres of parking lots that are a testament to this failed strategy for urban renewal.

The Importance of Piazzas

A recent trip to Italy highlighted for me the importance of public squares known as 'piazzas' and the built heritage within. Granted, our cultures are quite different, there is something that can be learned from people that know how to make the most of out of their shared spaces.

It is particularly refreshing to see people of all ages enjoy night life together. The elderly sit on park benches, and teenagers meet up on steps of churches. Babies in carriages congregate (with a little help from their parents) and their baby gibberish is a delight to hear at 11:00 at night.

As frustratingly inefficient as the Italians are at facilitating routine tasks (eg. banking, mailing letters), I wish we could learn from their pride in heritage and seemingly innate knowledge of how cities function. Please indulge me in a quick photo tour through a few of the towns from my visit. 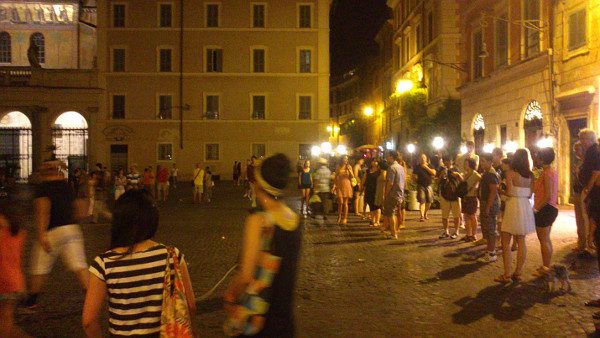 An evening stoll through the Trastevere district of Rome is energizing. Around 8:30 PM, most patios are beginning to fill for the dinner rush.

Some people sit on patios for full meals, while others enjoy apperativi (similar to happy hour). Some choose to just sit on steps of buildings along the contiguous street wall enjoying conversation and ice cold lagers. 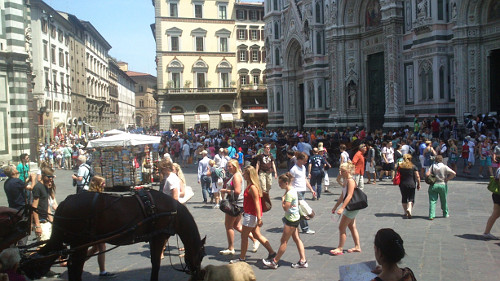 Enjoying gelato and hay at the Duomo, Florence

There was plenty of Renaissance art and architecture to enjoy, but I was also curious about the inner workings of this compact medieval city.

For instance, some locals informed me that the area around Il Duomo has recently undergone changes with more driving restrictions implemented. In the highly crowded area of the Duomo itself, pedestrians are protected by retractable delineators that can be withdrawn by remote control in order to allow taxis and emergency vehicles to pass. 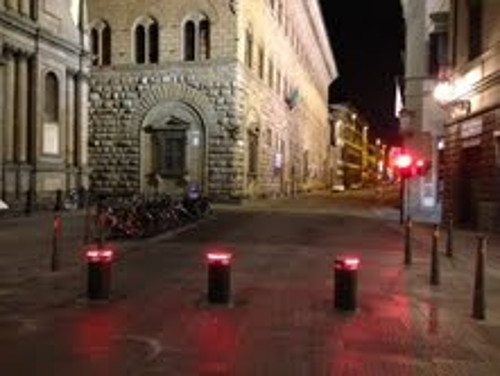 Delineators near the Duomo, Via dei Martelli, Florence

On the larger streets at the edges of the historic center, separated bike lanes were a nice feature. A quick look at Google maps reveals that the raised concrete divider is a recent addition. That seems fitting because if you have ever driven in Italy, you would know that painted lines are routinely ignored. 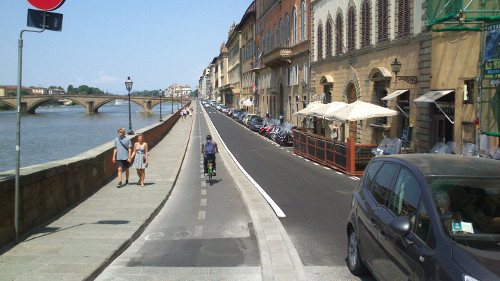 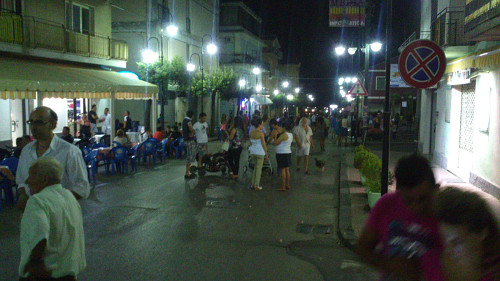 Campora is a small town on the west coast of southern Italy overlooking the Tyrrhenian Sea. The first night that I ventured onto the main commercial street, I noticed it was closed to traffic.

Why don't we consider closing James Street or Ottawa Street on Friday and Saturday nights in the summer? This would be a great way to take back the streets for community building and good old fashioned consumerism. 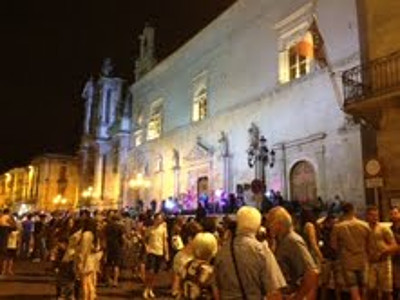 A crowd passes in front of the Palazzo Annunziata, Sulmona

This town is not a really a tourist destination, but rather it is the commercial centre for a number of mountain towns nearby, including my father's hometown of Pettorano Sul Gizio.

On a side note, The Hamilton contingency of Pettoranese people often brag that their town of 700 inhabitants has three piazzas. Sulmona has considerably more piazzas, but is perhaps best known as the birthplace of the poet Ovid, and for being the home of the award winning confectioner 'Pelino', which has been making the famous Italian wedding confetti since 1783.

The "Corso" is closed to traffic every night from 7 PM until 1 AM. I was blown away by the amount of foot traffic in this small town on a Friday night. The crowd was so dense in some parts of the street, that we actually became separated from our group.

It would be great to see these kinds of crowds in Hamilton's Gore Park, but tearing down the very buildings that brought people here in the first place is the wrong way to do it.

Dave Serafini was born and raised in Hamilton. He lived in some other places, but returned to Hamilton for family and friends. Traditionally, his extracurricular activities have been sport related, but recently, he has been looking for ways to get involved with broader civic issues.

Many Italian piazzas seem to be commercial centres in continuous use since the Middle Ages, in a country that prizes its cultural and architectural heritage.

It took Hamilton a little over a century from the time of its founding to the widespread gutting of its downtown, even as development washed towards the city limits.

the summer promenade is a great initiative to get people interested in spending time in the gore. shame is, it's not enough.... it needs to grow, and expand beyond the workday hours.... perhaps different events being held evenings and weekends

the art crawl got people interested in james street. we need something to bring meaningful activity and interest to gore park, and make it more than just a place to sit.... remember, its no longer a place just to wait for a bus!

While I love Gore park and wish to preserve these buildings, it's disappointing to me that no one has, to date, arranged any sort of a physical rally in gore park. It's proximity to city hall could mean a start/end point walking rally from one to the other.

Having people physically show up to show these buildings means something would be a powerful visual symbol - moreso than letters to the city.

Maybe it says something about us that we have not had such a rally.

At least we could plan a "farewell" rally, but I doubt that would happen either.

It's a good idea. Maybe it hasn't happened because it's August, people are on summer break, school starts in a few weeks, yadda yadda. But maybe a rally in mid September would work.

I'm curious about what you said with people enjoying lagers on the steps.
I don't know for sure, but there aren't really open alcohol laws over there, right? People are allowed to have a drink in the piazza and not be harassed and charged?

I feel like that would open the place up so much more, make the streets more social. You could have a beer on the sidewalk in front of, say, the Brain, and recognize someone walking by, they'll join you for another beer, and so on.

The other side of this, though, is the panhandling/homeless aspect. I feel like that would be an issue with open alcohol on streets and piazzas... is this as prevalent a problem over there??

I am not sure what the actual law says, but I can only comment on what is the cultural norm. I've never seen people consuming alcohol in the middle of piazzas. I suppose you could, but no one really bothers. Some people sit on the steps of commercial and residential buildings and have the odd beer, but outside of the big cities, you don't really see it. I suppose their is no need, because the price of beer is mainly determined by the overhead of the business. Their are small bars and fast food restaurants that will sell you cold beer usually for less than the price of a soda. I guess it is the same reason you don't see Italians with coolers of beer on the beach. Why do all that work when the beach bar sells cold Peroni in a bottle for 1.50 Euro ($2.00) ?