Interview with Al Mithani of Walkbug

Al Mithani explains how the app originated, how it works, and what the development team has planned for its future.

Walkbug is a new app that helps you take and share walking tours of Hamilton, Ontario. In this interview, Al Mithani explains how the app originated, how it works, and what the development team has planned for its future. 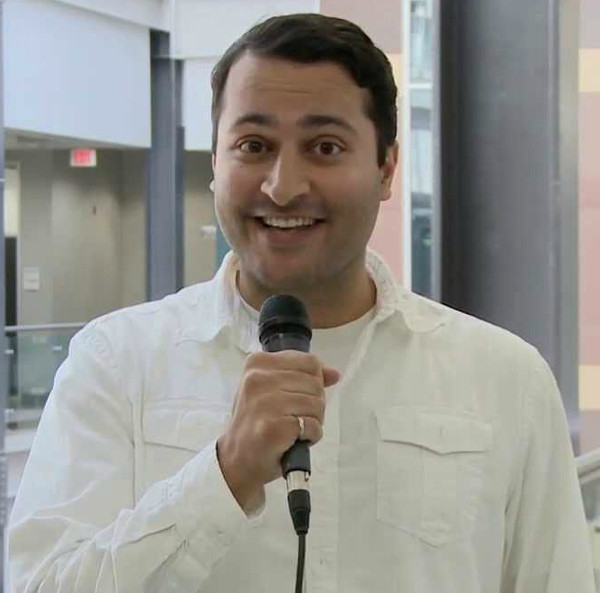 Kevin Browne (KB): Tell me about yourself.

Al Mithani (AM): I'm a software engineer with a passion for products. I've always been interested in what technology can do for people, how it can make our lives better. For the last few years I've been very interested in how technology can be used to bridge the gap between the online world and real life.

KB: What's Walkbug all about?

AM: Walkbug allows users to create and share tours of their local area. We believe that every neighbourhood is unique, and the people who live there can now share the things that are special to them. This could include an old house with a ton of history, a piece of graffiti that you pass every day on the way to work, or even a shortcut that you use to go to the store.

To me, the most exciting part about Walkbug is that it can be about whatever you want - it's really just a platform for people to share their personal experiences.

KB: How did Walkbug get started?

AM: The team met at Startup Weekend Hamilton 3 - I pitched the idea and a ton of people were interested. We ended up taking home the grand prize, and most of the team decided to continue working on it. There are currently 8 of us working on Walkbug. We've already released the first version of the app, and we were strangers only a few months ago! 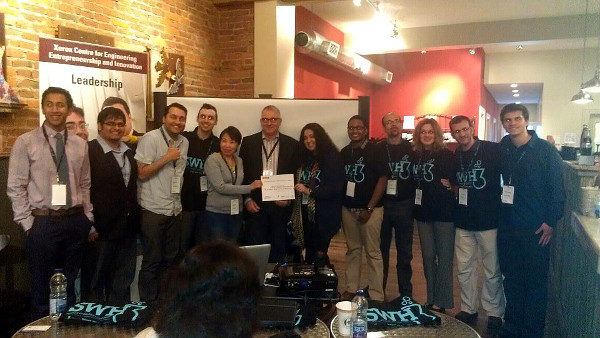 KB: Where did you get the idea for Walkbug from?

AM: The idea was actually my wife's. We were on our belated honeymoon in the Azores, and she kept seeing this amazing graffiti. She asked a tour guide whether or not there was a walking tour of the graffiti, and he replied that there was, but only for a single week in September when they had the annual graffiti contest.

It was a total letdown, but from that disappointment she figured it out: "You should make an app that lets people creating walking tours!"

KB: What have you learned in the process of creating Walkbug?

AM: One thing our team did well with Walkbug is to validate the idea by talking to a ton of people before we actually spent the time to make it. This validation allowed us to figure out what was really important, so it was easy to prioritize what we needed for our first release. Not only that, but it gave us the confidence to move forward with the idea.

We continue to validate our app and ideas as much as possible. It's still early, but I like to think that feedback is already built into our team culture. 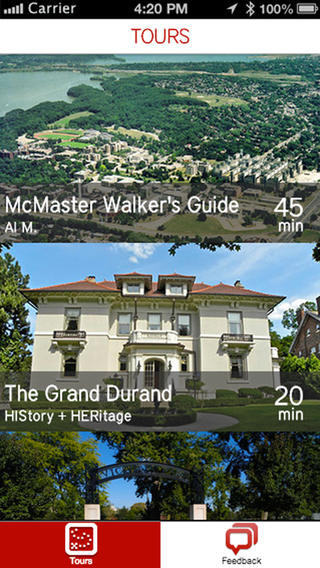 KB: How do you plan to make money off of Walkbug?

AM: There are a few ways we could monetize, but the most promising route to us at the moment is to work with institutions such as municipalities and schools to create tours that showcase what their area has to offer. We've already started working with McMaster University and the Rotman School of Management at University of Toronto to create walking tours of their campuses and the surrounding areas. We're working with BIAs with the same goal in mind.

We've also started talking to tour providers to get their premium content on Walkbug. At the moment, all the tours on Walkbug have been created by the Walkbug team and are 100% free to use. Tour providers (such as HIStory + HERitage) can spend weeks doing research and development of walking tours. The result is that they have very high-quality tours. Our users have actually told us that they'd be willing to pay for high-quality tours, so it's another potential stream of revenue. 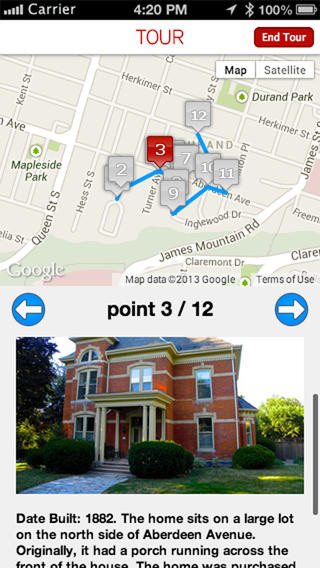 KB: How do you feel about the walkability of Hamilton? Do you have favourite places to tour in the city? How could Hamilton improve its overall walkability?

AM: In general, I actually love the walkability of Hamilton. Aside from the major corridors of King and Main, which are not-so-fun to walk on (due to the traffic), there are a ton of spots in the city that are great! I'm talking about places like Westdale, Victoria Park, the Bayfront Trail, Locke, James North, etc.

The culture of Hamilton is slowly shifting too - whereas everyone drove everywhere when I was growing up, there are a lot more people who are choosing to walk or bike as their primary form of transportation. It's this culture that convinced me that Hamilton was the ideal place to pilot Walkbug.

KB: How can people get Walkbug?

AM: Download it on your phone! It's available on iOS and Android, just search "Walkbug" in your app store. Make sure to tell us what you like and what you don't like - we'll be using your feedback to make Walkbug better.

KB: What's the future of Walkbug?

AM: The next big feature is the create tour tour feature. At the moment, users can see tours that the Walkbug team has created, but not create their own tours. We're going to make it easy for everyone to share their favourite places!

KB: How can the community in Hamilton help Walkbug to succeed?

AM: Download the app and tell us what you think! You can leave feedback right in the app, or connect with us at Walkbug.com.

If you're a tour creator that wants to make a tour, or an institution that thinks Walkbug might be helpful, then contact us at walkebug@gmail.com.

KB: Do you have any advice for future Startup Weekend participants?

AM: Trust your teammates. At the end of the day, it's way too much work to get done in a weekend, so if you don't trust your team, you'll just end up burning out and not having fun. The Walkbug team had 12 people and 4 different streams of work, so it was impossible to stay on top of everything. Instead of worrying about that, we just let everyone do what they were good at - the result was amazing!