During election campaigns, politicians speak often of their leadership abilities - perhaps it is time to show some leadership action.

Presumably when the Red Hill Valley Parkway was built in 2007, it provided some relief from traffic congestion. Now, just eight years later, the congestion has returned, so Council has agreed to study the possibility of adding more lanes. 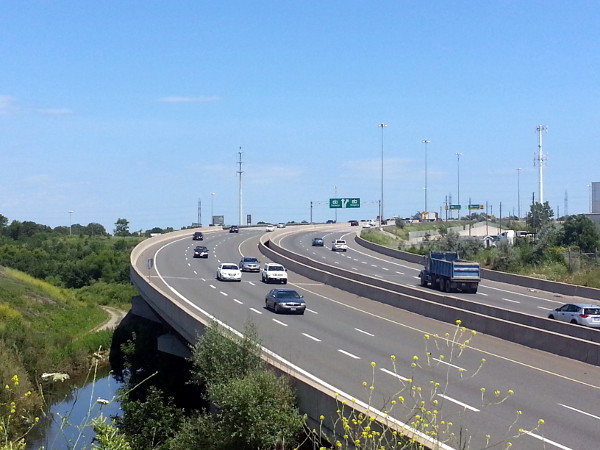 The issue of congestion is not new; it has been the subject of many previous studies. In 2007, a City working paper prepared in support of the Transportation Master Plan identified future capacity issues.

These approaches are more consistent with Transportation Demand Management than expressway expansion.

It is difficult to understand how widening an expressway to facilitate more single occupant car trips will provide either long-term relief from congestion or achieve the city's stated GHG emission targets.

It does, however, expose the dissonance between rhetoric and action.

Jeffery Simpson of the Globe and Mail stated in his book Hot Air:

The easiest course for politicians has been to speak earnestly about long-term targets while avoiding difficult short-term steps that might cost political support. That way, politicians can be rewarded for their apparent virtue without imperilling their re-election prospects.

It is time for council to move from climate politics to climate policy and align their actions with their rhetoric. During election campaigns, politicians speak often of their leadership abilities - perhaps it is time to show some leadership action.

George Sweetman has been a civil engineer for 30 years working in land development and renewable energy, as well as teaching university students. He volunteers at various organizations focused on food security and affordable housing.

Well said! It is time for Council to stand up for the right thing and show some vision. Let's use our tax dollars to make our city a more livable place, not a place that is easier to drive out of.

The traffic congestion has been cured from the streets it was designed to help. The mountain accesses and the major east west roads on the Mountain have seen a significant reduction in traffic and massive improvements in safety particularly Highway 20. The traffic moved from those roads to the Linc and RHCE as it was designed to go. Now the City has grown and the road, which should have been 6 lanes to start with but for which the city had to fight tooth and nail for survival, needs expansion. That is all.

Exactly. It moved it out of neighborhoods.