Those who have adequate means have no idea how big an issue transportation is for poor people. 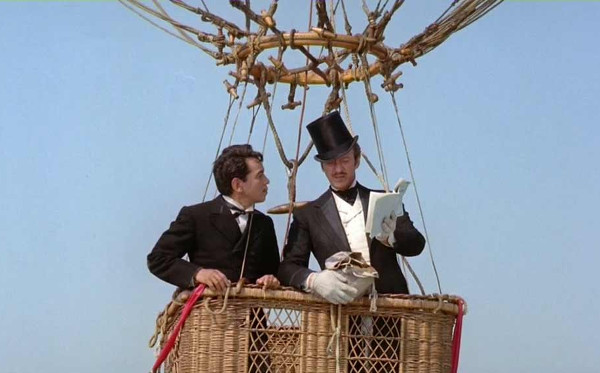 Small change can make a big difference as to whether a person's life gets off the ground or not. The HSR Affordable Bus Pass would make one such difference, but appears to be an illusion that is actually not that affordable.

Hamilton has more than its fair share of people living in poverty - I believe the figure is 90,000 out of a city of 540,000 - in part due to job loss in the steel and other industries. As often as not, many of us find our pockets turned inside out before even getting to the grocery store.

A person can have a full-time (30-40 hours a week) minimum wage job, which at $17,800-$23,700 a year leaves you living below the poverty line, and still not qualify for the affordable pass. That is because the cut-off corresponds to the Statistics Canada Low Income mark of $17,570 from way back in 2006!

This is more ridiculous than the silliest scene in the Jules Verne classic movie.

You also have to be poor enough to be on social assistance or be on disability benefits. If you simply fall under the nomenclature "working poor," you do not even have the chance to buy strips of 10 adult tickets at a cut rate, the way some other cities in Ontario are doing.

At the very least, low-income people should receive a bus pass that is the same as that for seniors at a cost of $26.00.

I note that the "Cheaper Bus Fares" article from Don McLean of Citizens at City Hall discloses that Hamilton Street Railway will have to run harder to keep up with other cities of similar size in Ontario that are doing more to make transit affordable to all. I'll wager that news will not please Hamiltonians.

In my opinion, everyone on Ontario Works (OW) and those on Ontario Disability Support Program (ODSP) who do not yet have to rely on a walker should get a free monthly pass, as should the working poor - so they too could passepartout. The City of Kingston is leading the way with a plan to give free bus passes to OW recipients.

Those who have adequate means have no idea how big an issue transportation is for poor people. Bus tickets are used as currency among our number, and lack of them can keep us from getting to job interviews, the doctor, or the grocery store.

We are sick of all the hot air from politicians and the ballooning number of people getting sick because they cannot afford to feed and house themselves decently. As Henry David Thoreau said, "Some circumstantial evidence is very strong, as when you find a trout in the milk."

These politicians and those who turn a blind eye seem not to have the foggiest notion of the mental cruelty and systemic injustice of our social assistance and economic system that knocks us around Hamilton for a lot less than 80 years, given that the Code Red report long ago proved statistically how poverty shortens our lives.

Terry Leach is Chair of the Political Action Committee of the Campaign for Adequate Welfare and Disability Benefits, Hamilton.

Thanks to their "Everyone Rides" program, SoBi hands out free memberships to low-income people.