Two Jane's Rides in May: Downtown to General Hospital and Durand to Kirkendall by Alley

On May 5 and 6, Kevin Love will be leading Jane's Rides that explore how to use Hamilton's network of alleys to travel around the city.

One little-known fact is that it is possible to ride to lots of places using Hamilton's system of alleys. Next month, I will be leading two Jane's Rides which will do just that.

Hamilton's alleys are a mostly undiscovered gem, not only as a safer transportation route for bicycles but also as a great opportunity for "gentle intensification" through infill housing. 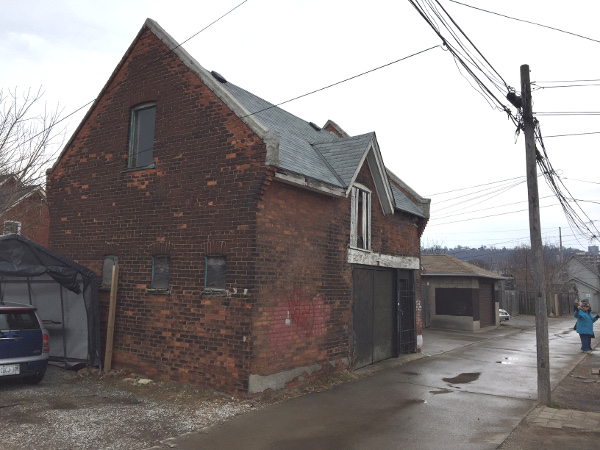 This carriage house would make a lovely conversion to laneway housing

The first ride on Saturday will take alleys from the downtown core to Hamilton General Hospital. We will start at 1:00 in Gore Park next to the SoBi Station by the statue of Queen Victoria. The ride takes place rain or shine. 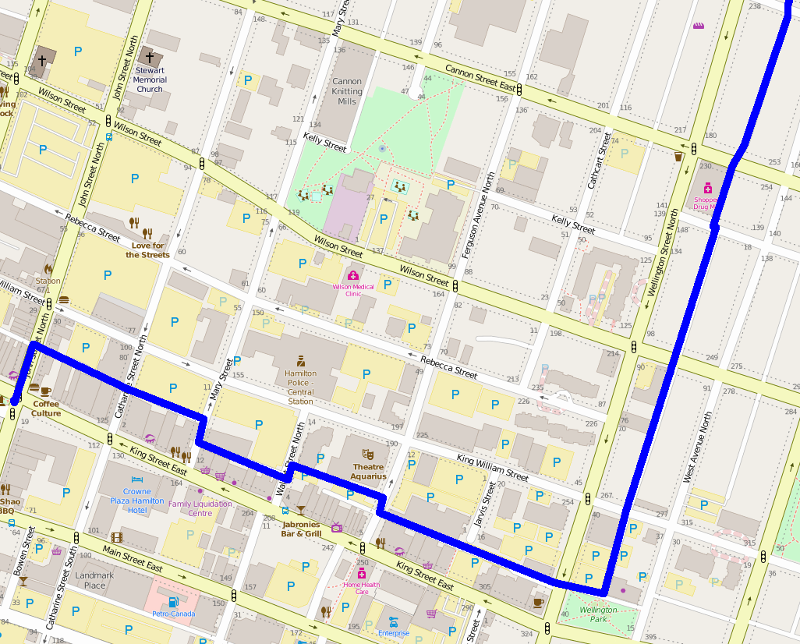 The City of Hamilton currently disrespects its alleys by not naming them. I have given them names because otherwise it is rather difficult to describe the route.

From Gore Park, we will enter Downtown Alley at John Street. 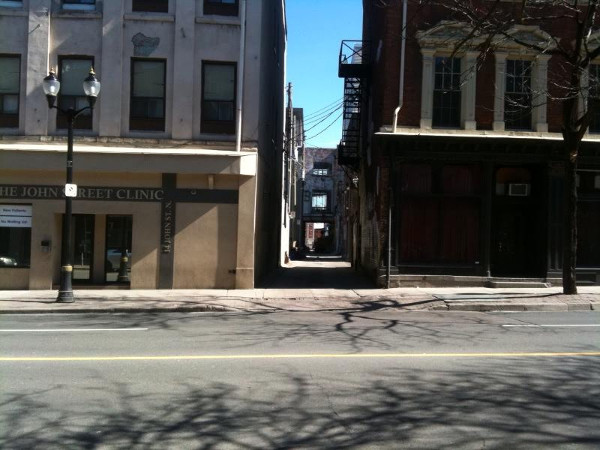 A key feature is the mural in Downtown Alley opposite 107 King Street: 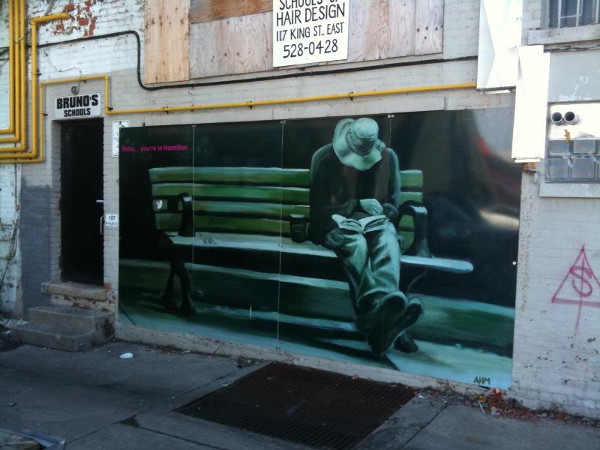 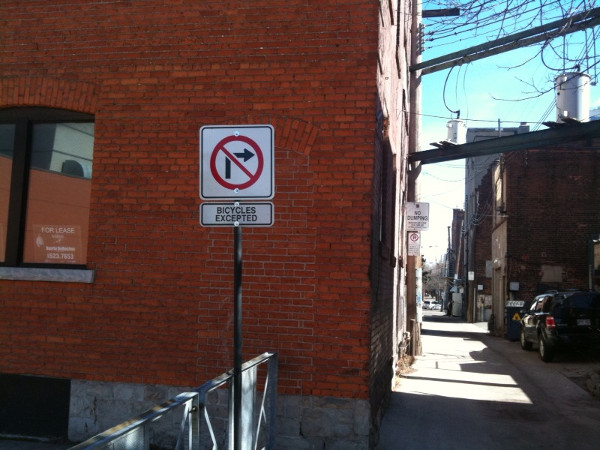 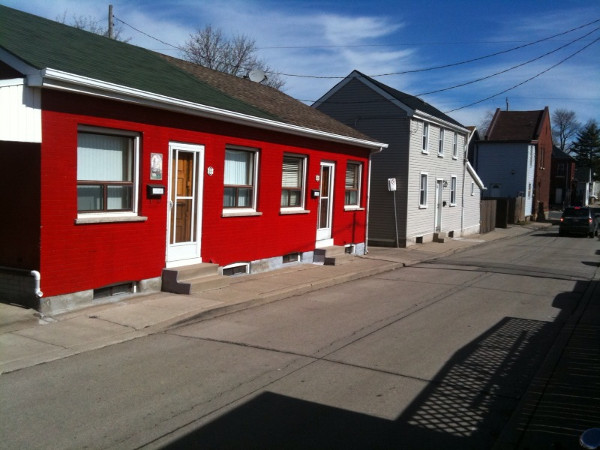 We will turn right on Evans Street and one block later turn left onto Hospital Alley. Then we will travel north on Hospital Alley to Hamilton General Hospital. 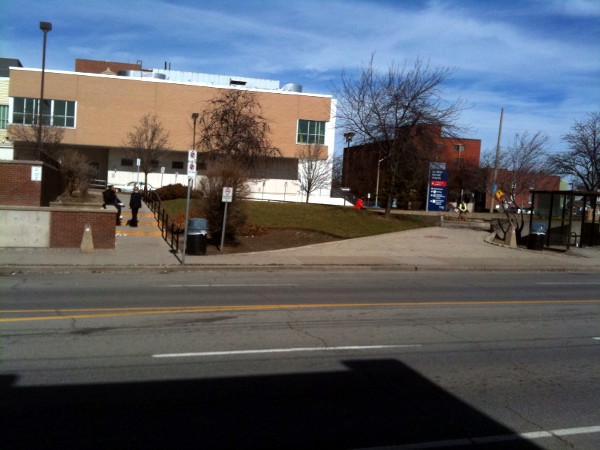 Next, we will travel north on the Victoria bike lanes to Birge Street and the beginning of Grand Alley. 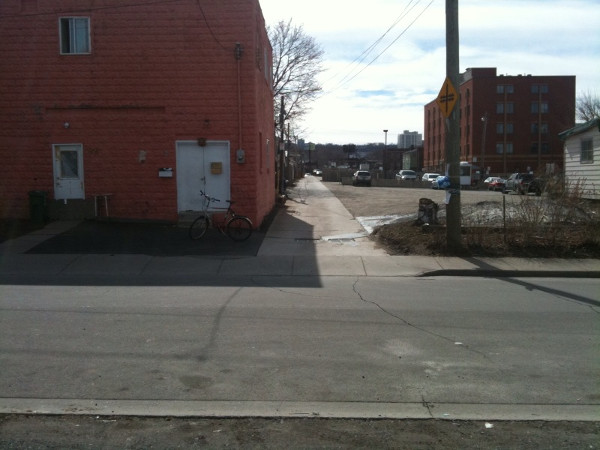 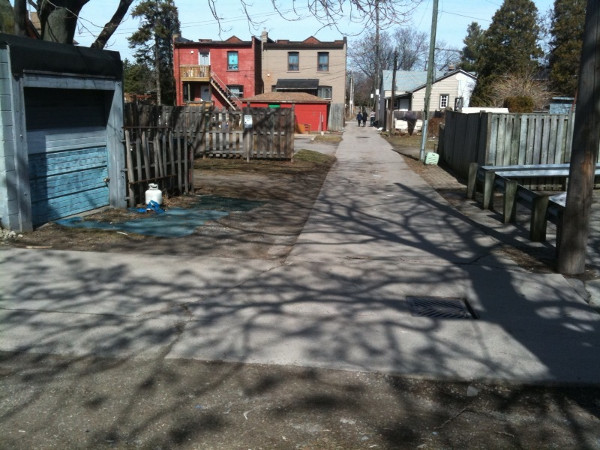 The second ride on Sunday will take alleys from the downtown core to Hamilton General Hospital. We will start at 1:00 at the SoBi station at Durand Park. The ride takes place rain or shine.

Once again, I will begin by naming the alleys. Giving alleys a name is not only an act of respect, but makes it much easier to describe the route.

The first thing we will do is walk our bikes half a block on the sidewalk to Central Alley just west of Bay Street. We will do this because Herkimer is one-way the wrong way. Before we travel north on Central Alley, we will take a minute to look south and see how Central Alley goes all the way south to Aberdeen Avenue. 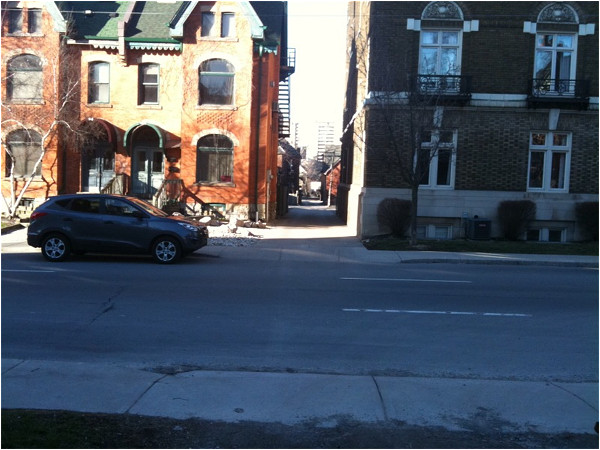 After travelling half a block north on Central Alley, we will turn left onto Church Alley at an alley/alley intersection. 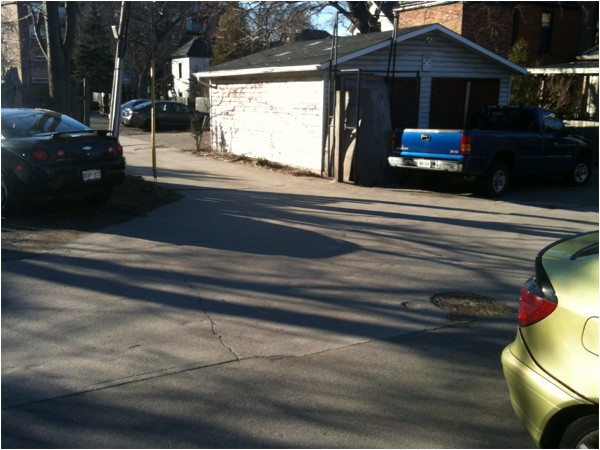 We will then travel west on Church Alley past Central Presbyterian Church and First Christian Reformed Church. 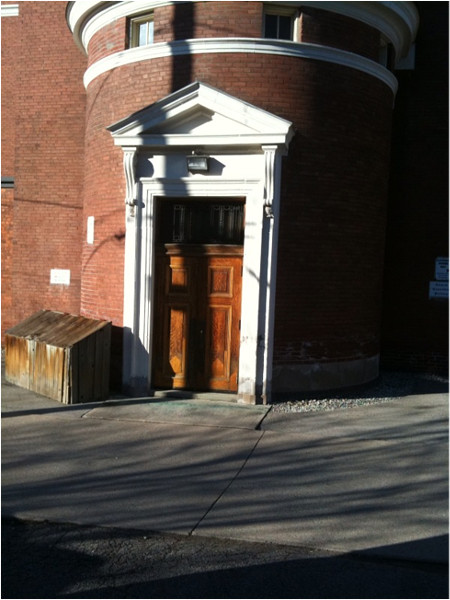 At First Christian Reformed Church, we will turn right onto Ryerson Alley. We will go past another alley/alley intersection with some nice raised flower beds in the back yard on the alley/alley corner. 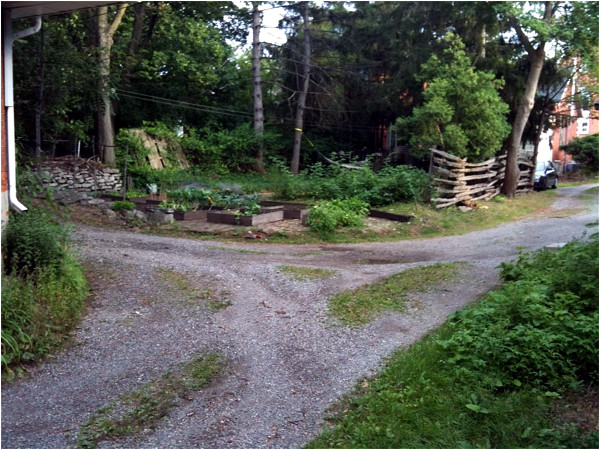 This takes us to Robinson Street, where we will again walk our bikes half a block on the sidewalk to Ryerson School - again, walking since this is the "wrong" way on this one-way street.

From Ryerson School, we will travel through the HAAA Grounds to rejoin Church Alley half a block south on Kent Street. Travelling west on Church Alley, we go directly past St. Joseph's Roman Catholic Church and half a block away from St. John the Evangelist Anglican Church on the bustling Locke Street.

Church Alley ends at Dundurn Street, where we will travel on the Dundurn bike lanes one block south to the beginning of Kirkendall Durand Alley.

Kirkendall Durand Alley goes through the Mansion District, so we see some rather nice mansions with swimming pools and children playing in the alley with basketball nets.

St. Joseph's Roman Catholic Elementary School is on Kirkendall Durand Alley, with a rear gate providing a direct entrance to the school. 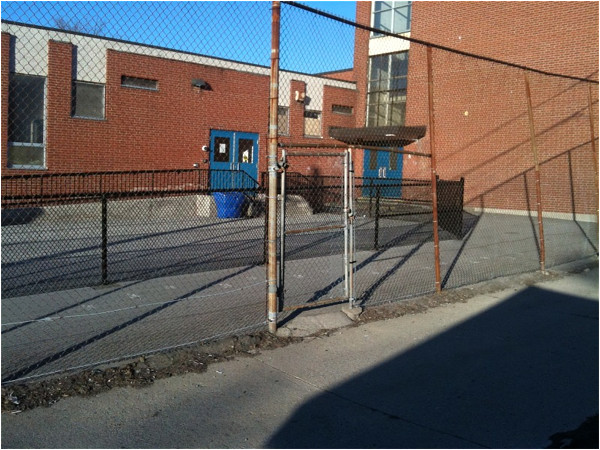 At Queen Street there is a short discontinuity in Kirkendall Durand Alley, so we have to travel half a block along Herkimer before going back into the Alley.

There is an error in the Open Street Map which shows the Kirkendall Durand Alley ending at Caroline Street. Not true! The alley continues behind the Shoppers Drug Mart and ends in a T-intersection with Central Alley. We will turn left on Central Alley and end the Jane's Ride where we started in Durand Park.

This Jane's Ride is being conducted on public streets and alleys which every citizen of Hamilton has a right to use. However, I would like to gently encourage people to foster cycling safety by encouraging the safety in numbers effect. This involves branding and promoting cycling as an utterly normal, mainstream activity of ordinary citizens traveling from A to B.

Success is when we look like these commuters in Utrecht or these Japanese mothers picking up their children.

How is your height germane to these two rides?