Do police responsibilities need to be as wide as they are? Do they actually currently do all of it as well as humanly possible? Could their huge budgets be better invested elsewhere?

What could be more boring than local politics? you ask, rolling your eyes...

Guess what? All this talk about de-funding municipal police departments is local politics. Why shouldn't de-funding the police be a topic for public discourse?

I think that kind of language ("de-funding") must feel threatening to the Hamilton Police Service (HPS) and all other typical police forces, because they've grown quite comfortable with their predictable, bloated, uncontested, massive annual budgets. They don't want anyone to take away their toys or (even more) their individual and institutional powers. 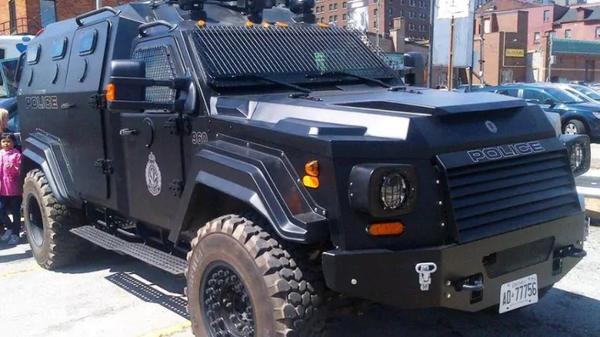 Why don't we adults have a conversation about how we can transform the way we think about "policing"?

I know it feels like an unshakable institution, but when you look back on human history you'll see that "police forces" haven't really been around that long. You could even think about them as "a 100+ year long experiment in community safety and security".

There have always been armies and security guards, but those are specific tasks that are part of a suite of public services carried out by our local constabularies today.

As you know, other cultures have other ways of justice. We can learn from them. Lots of experts have! We can consult them for advice on revising our ideas and expectations about what policing is or should be; and perhaps go about some careful restructuring.

Is Policing Always the Best Model?

Do police responsibilities need to be as wide as they are? Do they actually currently do all of it as well as humanly possible? Could they ever? Are there other types of professionals who could do some of those tasks better? Investigating sexual assault comes to mind.

And: can the municipality that's footing the bill do better things with that money, especially things designed and proven to reduce the need for law enforcement?

As the Hamilton Centre for Civic Inclusion points out, in the 2020 city budget for Hamilton we are spending $171 million on policing but just $158 million combined on all social services, including public transit, boards and agencies, and healthy and safe communities.

I just saw a snippet of an interview with one of the founders of BLM Toronto. I think that this discussion is very much worth having. We might want to think about it as a kind of restructuring: for fiscal efficiencies AND for better social outcomes.

Google "defund police" if you have a minute!

Lots of people want to see change, am I right? Even people who have been defending the status quo must also surely see that things can't continue like this, and that cracking down or descending into authoritarianism has its, um, drawbacks.

So maybe it's time to listen to what the people with the most at stake are saying!

There's a big opportunity when it comes to the makeup of police boards, one that could go a long way towards making policing more responsive to community needs. They need to be more diverse!

A report published by Press Progress just this week reveals that there is a huge racial and gender imbalance on the boards of the five municipal police boards that were studied. The analysis reveals something that is hardly surprising:

Although it's true that sensitivity training and the like may "raise awareness" of issues faced by marginalized communities, there is nothing like lived experience to bring knowledge, insight and sensitivity to dealing with culturally sensitive matters.

In Hamilton, six of seven board members (85%) are both white and male.

"Where's the diversity?" the Hamilton Spectator asked in March 2019, noting that only one member, who is an Indigenous woman, was neither white nor male.

Hamilton's police board did not respond to questions from PressProgress.

Do you honestly think that there's no room for improvement here?

Change Has to Happen Now

Some change has to happen now. Other shifts in attitudes and behaviours will take longer, perhaps even another generation or two. Perhaps that sounds overly optimistic. I'm not suggesting that racism will ever be fully eradicated from this planet, but we do not need to live in societies that fuel it.

We're not looking for anarchy (at least I'm not), but we do need to find a better way. Modern policing - because it's so bad at so many of the things that it is expected to do - seems beyond saving. I happen to know, for example, that they are currently wasting valuable resources on surveilling members of the public who pose no threat to their community.

Sometimes - hell, most of the time - evil in this world comes down to money, in one way or another. Police forces gobble up money, and in Hamilton the police force is the single biggest budget item we citizens are on the hook to provide.

Money - so much money - for purchasing militaristic uniforms, equipment and vehicles. Again, as HCCI reports, this year we're spending $78,806 on ammunition, $95,000 on surveillance and $61,409 on Tasers.

There's even a lobby that promotes police spending! Industries that depend on it because police departments are buying whatever they are selling. Other industries (think oil and gas) depend on the police to advance and protect their interests.

Money - to distribute in the form of overtime earnings for the people in uniform. Money for PR and consultants. So much cash is at stake for so many who depend on it and want to keep their monopoly on power, and on violence.

Unfortunately, the police keep demonstrating again and again that they think they can wield absolute power over us, and to be above the rule of law.

Once again, HCCI reminds us that the Ontario Special Investigations Unit (SIU), which is responsible to investigate alleged police misconduct, has conducted more than 3,300 investigations but only laid charges against 127 police officers.

We control the purse strings, at least in theory. But our monolithic Police Services Board keeps approving large budget increases year after year.

It's clearer to me than ever before that the case of out-of-control policing is no different to other conflicts. It's almost always about the allocation of scarce resources. In this case, that resource is the annual budget of the City of Hamilton, which is voted on by your city councillors. You've got to follow the money.

Since 2002 Karen Burson has worked in a wide range of food and community development environments and in an impressive variety of roles. Among them: as an award-winning chef/caterer, event and conference planner, food writer, and as a cooking demonstrator both in community settings and on local radio and cable television. She has worked as a manager and board member for The Sky Dragon Community Development Cooperative and as the lead facilitator for Hamilton’s Ward 2 Participatory Budgeting Process. Karen served for several years as the environmental representative on City of Hamilton’s Community Food Security Stakeholder Committee (CFSSC).

Karen is most proud of her work at Environment Hamilton, where she co-founded Hamilton’s affordable food program called the Good Food Box Network, which also led to a major collaborative food access pilot project with staff and management at City of Hamilton. She is now the owner of Henry Brown’s Small Batch Ice Cream. Located at the amazing Hamilton Farmers’ Market, Karen takes pride in turning her love of community-building and locally grown food into unique handmade products, while putting her values and expertise into action.

You only have to see all the squalor and homelessness in The Hammer to KNOW that the City's priorities are NOT those of their citizens. You can also see how pathetic 'The Left' is in Hamilton -- which explains the continued, arrogant malfeasance of the ruling class and their Police/bureaucrat minions -- that this article has had ZERO comments, even, before this one.

And these shits are not 'Ours'. It's _always_ US vs. THEM. Don't be looking for 'a seat at the table' co-optation scam to fix anything. Look for your place ON THE STREETS.