Ben assuages his loneliness during a business trip to Pennsylvania by writing to his loved ones back home.

What is Ben doing in Scranton? you may ask. Well, it's a work thing. I mean really - do you think I would choose to come here? No way man. The name doesn't exactly sell the place, does it?

If I'm not mistaken, Scranton is the town where the American version of the The Office is based. The English version is based in Slough ("Come friendly bombs and fall on Slough.." and all that) and, well, that's all you need to know.

Scranton's actually not that bad. For one thing, a little birdie (well, a big fat bloke at the Front desk) told me that Jane Jacobs was born here. How do you like that?

It's got some great history. The town's roots go back a couple of centuries to the coal mining and iron smelting era. They have mining tours and all sorts of touristy things going on. They are proud of their historic past. 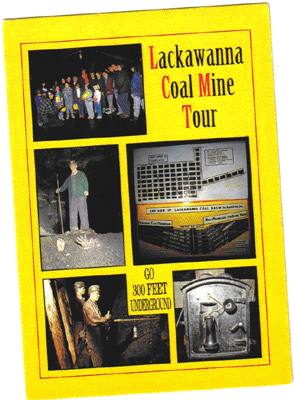 It makes you wonder why Hamilton doesn't embrace its past a little more. How about a train museum or a Steel Mill tour? Call Bob Bratina today!

Scranton is a small town of 70- or maybe 75,000 people. But, the question is, Where are they all? The downtown is deserted. Even the roads (the one-way streets, that is) are empty.

I wandered around today looking at all the wonderful historic buildings in the downtown. They are beautiful. There's a 19th century County Courthouse in the town square, which is surrounded by grand Manhattan-like structures from the same era. (But still, there are no people.)

Dotted in between are an odds and sods assortment of dilapidated new buildings, stucco and aluminum monstrosities, mainly, all of them boarded up or closed down. Why do we cherish our past so much yet forgo our future? 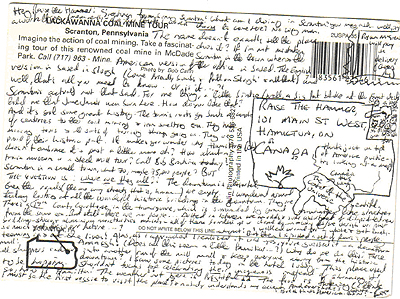 I walked around for a while and got lonely. But then I spotted a set of doors with people teeming in and out. She lives! Alas, as I approached I realized it was - yes, you've guessed it - a downtown mall. Aaaargh!

Does all this seem a little familiar? Why do we do this? Force all the shoppers indoors into another run of the mill mall and keep everyone away from the historic downtown?

I saw some pictures today in the hotel lobby. This place used to be hopping. Shouldn't towns be celebrating their uniqueness instead of shunning it?

So, er, how is Hamilton? The weather out here is frightful. The food is fattening (I think I must be the first veggie to visit the place) and nobody understands my accent.

How goes it? Well I'm still here but not to worry, my time is almost up. It's a good job, too, because I can tell you: strange things are starting to happen.

This morning I tried to get out of the car park but the attendant bloke wouldn't let me.

He wanted to talk. What the hell is he doing? I wondered as he ambled round to the side of my car instead of raising the barrier.

Dougie wanted to know what I was doing in town and where I was from. How long was I staying and what did I think of Scranton? Did I know there was a new pub in town and was I going to try it?

After a few minutes of this he finally lifted the barrier, complimented me on my "nice brogue" and waved me off to work.

I'd almost forgotten what it feels like to be friendly.

I got a puncture two blocks later and had to put on the spare. When I got to the office and called the rental company they told me to "call Roadside Assistance".

Glad we got that cleared that up. 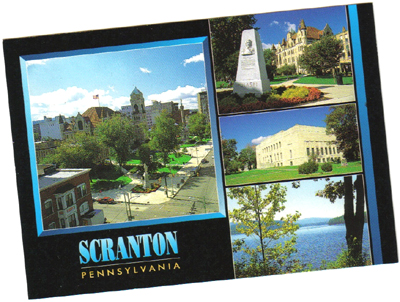 Another thing about the locals - Scrantonians keep telling me that I'm "all set".

Can I have a 7am wake-up call please?

Can I have some change for the machine?

It's like the Canadian "You're welcome" except more annoying.

The plane ride over was quite the experience. Not so much the customs - don't get me started on that - but more the little things you notice.

Like - why were only white people flying and riding the planes? And why was every single cashier, airport worker, and flight attendant black?

I remember Michael Moore playing a game called 'count the white people' in his book Stupid White Men. Whenever he went traveling in the US he would count how many white people were working in the service industries or in menial jobs.

I still haven't found Jane Jacobs' house. I think that front desk bloke was lying to me. Earlier today he showed me a picture of a stunning 19th century sandstone hotel, hanging behind the desk.

"It used to be right across the street," he told me.

"What, where that ugly parking lot is now?"

"Why would they knock that down and put up a crappy parking lot?"

Hey - so when does the RTH print edition come out? Does this mean we're getting paid now? It's about bloody time. It's been nearly two years and my Susie needs a new hairdo. Come on Ryan - cough up!

Yo Ho - Raise The Hammer!

Yes, yes I'm still here, slumming it in Scranton. I thought I'd fire you one last postcard before I come home.

I expect all of these to be up on your fridges, you miserable sods. I bet you're not even reading them.

Anyway, my trip is winding down and I have to say I'm a little sad. I've grown to quite like this place.

I picked a brochure up from the sour faced chick at the front desk and it says that Scranton is known as the "Electric City".

I should have known this because there's an enormous sign flickering above the old train station which reads, "Electric City".

Apparently Scranton was one of the first towns in the US to have electricity as well as an extensive streetcar system (good luck catching one now, of course).

The brochure also says that the Electric City moniker is a "testament to Scranton's bright future." Pretty clever, eh? That's why I don't write these brochures. I could never come up with this s**t.

Apparently there are lots of other exciting improvements such as the new Hilton Conference Center (where I'm staying), loft housing developments, and "new entertainment and dining venues" (could someone show me where they are please? I'm starving).

And, hey! Look at this - they even have the Scranton Enterprise Center a "multi-tenant technology Incubator building on Lackawanna Avenue."

I've no idea what that means.

The scenery is amazing. Even in winter the hills look astounding and the feeling of space is sooo relaxing.

A bloke at work told me that folks commute from Scranton to New York and Philadelphia - a two hour drive! And I thought I had it bad doing the Hamilton-to-Toronto run.

I was chatting with my work mate, Matt, this evening while our waitress was busy getting our orders wrong (again).

Matt said that Scranton would soon be turning itself around because of it's "close proximity to New York and Philly."

"Businesses will come here because it's close and cheap," he explained.

"Hmm..." I thought. "Have you heard of a little town called Hamilton?"

I explained to Matt how nobody will choose to live in a town unless it's livable.

"If you want the CEOs and entrepreneurs to set up shop," I suggested, "you have to give them somewhere nice to live."

I don't think he was listening.

Well it's Goodbye to good old Scranny tomorrow and, overall, I have to say that I've quite enjoyed the place. Work was boring, of course, but the people out here are infectiously friendly and the town certainly has a lot of charm. Did I mention that's it a University town? 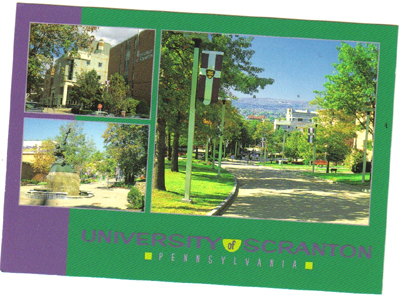 Bit of a stretch if you ask me. I saw a yellow portacabin and something that looked like a school gymnasium and that was it (hey - maybe that was Jane Jacob's house).

Who was that professor bloke who gave a talk in Hamilton about successful mid-sized cities? Didn't he say that most of them had university campuses downtown? I guess it takes a little more than that.

Looking forward to landing back in the old smoke. Can't wait to pick up my copy of Mayday with the Raise The Hammer insert! (Or perhaps we should call it Raise the Hammer with the Mayday 'outsert'? I guess that would depend on whether that's even a word or not.)

Let's grab a beer when I get back and I'll tell you all about my trip. No, wait, I already did. Oh well, we'll have a beer anyway. Tell Jason it's his round.

Please help me! I'm stuck at Scranton airport! Something about not having a Permanent Resident card...

When did this happen? And why did that airline chick flag me as a dangerous offender? I only asked her if I was "all set".

Uh oh - have to go now. Jerry the security guard is pointing me towards a small room.

But before I go - Check out this amazing postcard! I found it in the airport shop. Pretty cool eh? Downtown Scranton at its finest, but can you spot the people. 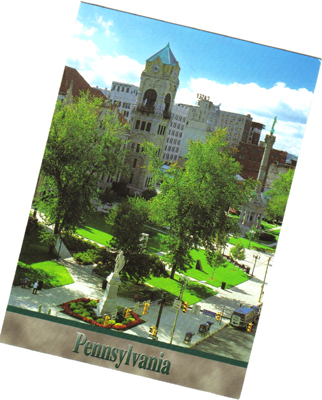 With any luck this will reach you in time. I hope so. Jerry's putting on a glove...

Tell Susie I love her.

Tell the world my story!

Hey, what's that pointy thing for? Who turned out the lights? What's going on?

I loved this article, as usual. I'm sure my wife will like it too (she says you're her favourite). Except that she may be prompted to inform you that women are not poultry.

There, I beat her to it.

great piece Ben. Hilarious. You're right - what a strange name, Scranton? What's the history behind that? Looks like a neat old city...cool buildings, but yes, no people.

i am happy that you enjoyed our town. it is a nice laid back place to live. it does seem like a ghost town, but that is because the weather is so horrible. we usually spend most of our time with friends or in the local bars. there really is nothing special about it except for the people. that is why in the beginning you would hate it here, and when you leave you actually think you will miss it. On a side note Scranton is named after the founder.

scranton pa is on the map for the office tv show but if you want a real laugh watch the scranton city council!!!! youtube it!!!!