A Guided Tour Of East Mohawk With Two Mini-Dramas, A Consideration Of The War Of 1812, And An Unexpected Bunch Of References To Islamic Textiles

This article is about what you'll see if you tour the North side of Mohawk Road between Upper Wellington and Seven Oaks. Now if you're like me you're already resisting someone telling you what to look at.

When I go to a museum to see a retrospective of a great artist I never take the option of renting those headphones that have a curator telling me what makes the pictures beautiful and groundbreaking and still relevant.

Even though I KNOW that the curator has a lot more experience looking at and studying this stuff, I resist it because I want to create my OWN story around the show. So if you feel that way too, I can hardly expect you to want the guided tour and I'll just say: "STOP READING NOW. GO ON THE MOHAWK TOUR WITHOUT ME!"

OK. This is for those of you who didn't just bail. We're alone now and so here's some things I think you might find worth noting. Join me.

I know there's some stuff up at the North West end that's not really that distinctive. But what I'm dealing with is the group of three-floor walk-ups (I'll call them Hammer-walk-ups) that form a set together. And what a set it is!

Let's start at the westernmost end. I will, for a change, work methodically, number by number, starting with 229. 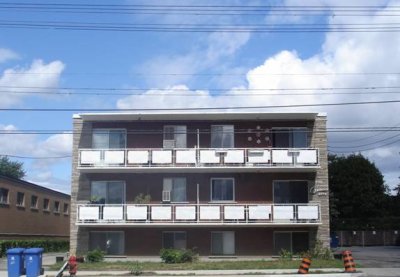 A solid starting point. Visually the balcony holds it together as though punched through with an industrial strength stitching. A new and better form of zipper. 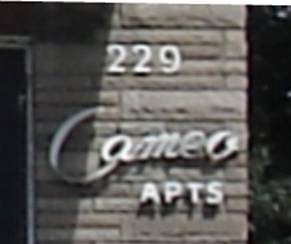 This dictionary.com entry covered most of the meanings I was familiar with.

1. a. A gem or shell carved in relief, especially one in which the raised design and the background consist of layers of contrasting colors.
b. The technique of carving in this way.
c. A medallion with a profile cut in raised relief.
2. A brief vivid portrayal or depiction: a literary cameo.
3. A brief appearance of a prominent actor, as in a single scene of a motion picture. Also called cameo role.

I don't know that the architect envisioned an establishing shot of a prominent actor exiting 229 Mohawk, but with all the Hollywood work going on in Hamilton I can see Brad Pitt exiting this building.

Carefully unshaven. Hardened by years of labour, but with an incorruptible sensitivity around the eyes. I realize I am getting the Brad Pitt fan base all hot and bothered so will move on.

I don't really see that this building has the technical finesse or general élan for the jewelry definition. Let's think, though, of brief, literary portrayals. The period of the building puts me in mind of the cameo of a rock group in Gravity's Rainbow, which appears on page 742, never to be mentioned again.

"There's supposed to be a last photograph of him on the only record ever put out by The Fool, an English rock group-seven musicians posed, in the arrogant style of the early Stones..."
--Thomas Pynchon, Gravity's Rainbow.

But whose cameo is this? The Fool's or the Rolling Stones'?

In his mind-bendingly comprehensive book of illustrations for EVERY SINGLE PAGE OF GRAVITY'S RAINBOW!!!! (Tin House Books 2006) Zak Smith opts for depicting the Rolling Stones: a cameo appearance within a cameo appearance. 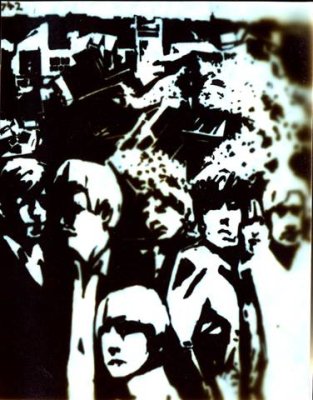 (as I recall cameos are often housed within lockets so this works for me.)

Mr. Smith has used the cover of December's Children, as a template - 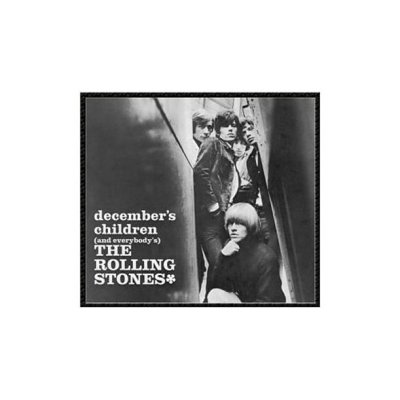 - and chosen-for reasons whose significance is lost to me--to transpose the position of Mick Jagger and Charlie Watts. Then he's added two figures to equal the specified membership of The Fool. If anyone can determine the identity of the two mystery men let me know because it's bothering me.

Incidentally Zak Smith's illustration of every single page of Gravity's Rainbow is the exact opposite of what I'm doing. I'm taking the VISUAL as a given; every single façade on the North side of Mohawk between Upper Wellington and - 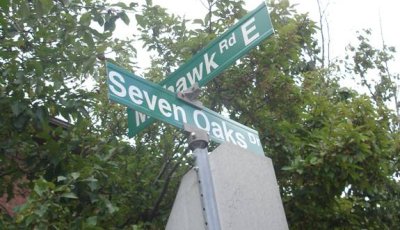 - and then I "illustrate" the images with text. My process is essentially a photo negative of Zak's process.

The Rolling Stones cameo didn't occur to me by accident. I was struck years ago by a brief reference to Brian Jones's residence, written by Keith Richards in the booklet for the complete CD edition of Robert Johnston.

"I'd just met Brian, and I went around to his apartment--crash pad actually, all he had in it was a chair, a record player, and a few records. One of which was Robert Johnson."
--Keith Richards

More interesting to me than his thoughts about Johnson's music was the reminder that the Rolling Stones were not always millionaires and household names. They were fledglings in modest rental spaces like the Cameo, with thin collections of Mississippi blues LPs. Never forget origins. 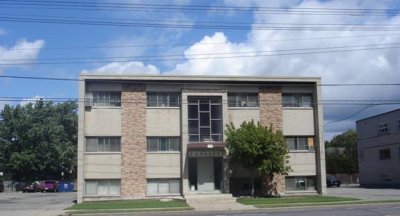 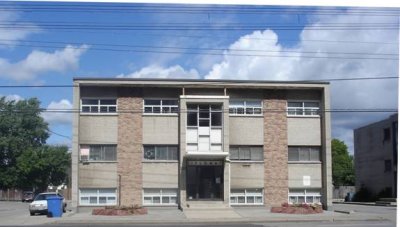 - are clearly a matched set -

- so I have treated them as such. 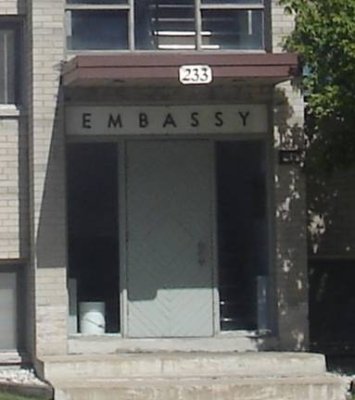 - under which one imagines a denizen of the British Raj enjoying a calabash full of shag while waiting for the limousine. To travel, no doubt, to the DIPLOMAT. The diagonals of the door have a charming eastern quality. And the windows are - 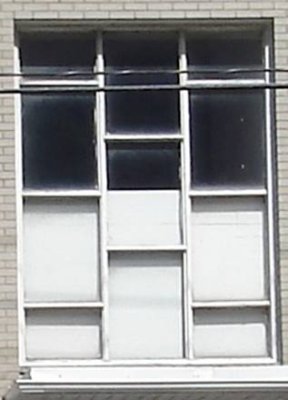 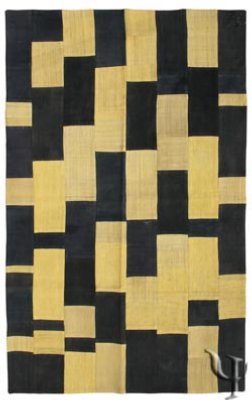 I summon up a picture of men at a bar decorated with palms and slow moving fans.

Bartender: What'll it be sir - gin and tonic?

Colonel Higgins: Thank you... no...all day I've been suppressing an inexplicable thirst for an India Pale.

Colonel Higgins: Drat! Gin then. Lots of lime. Say. I'm waiting for a message from Singleton. A quantity of rifles he's supplying. Haven't heard from him have you?

Bartender: Just missed him-- 'e's back at the Embassy. Asked if you'd respond to this 'in a timely manner' I believe was 'is form of expression.

[Handing the Colonel a hand-written note. Colonel Higgins puts on round spectacles from a lavishly decorated metal box and reads with furrowed brow.]

Colonel Higgins: Blast! I'm not up for a walk back there. Can we telegraph?

Bartender: Course we can. [a writing implement and horizontal length of paper miraculously appear in the bartenders hands] An' 'ow would we be phrasin' this epistle...

That's as close as I care to get to this culture, but now and then I need to put a face to colonialism. 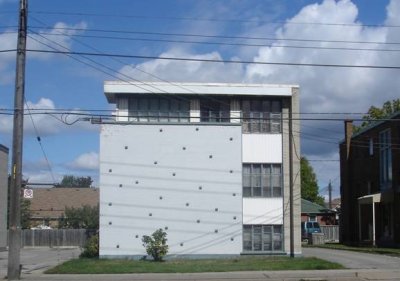 On an IQ test it might be the answer to the fourth pattern of a series, but if I were to get it right it would only be the random chance of always picking "c" when you don't have a clue what's going on.

I can't help feeling that there's a slight downward-to-the-right pattern of diagonals here but it all falls apart in the bottom left around that shrub. I'm prepared to blame being a member of the dominant "handedness" (is there a political term for handedness discrimination? "Handedness-ist"?) in seeing a bend dexter, when you could make an equally strong case for joining the dots to form a bend sinister - 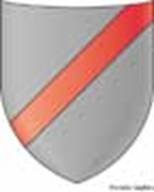 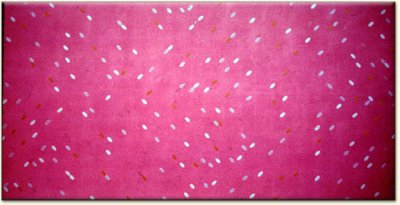 - in which staring at a particular dot for long enough and then closing one's eyes causes a retinal afterimage in which the dots and background are reversed as in a photograph negative.

Staring at 241, closing my eyes finally to minimize the headache that had been building, I achieved something of a light blue/dark blue reversal of the cleverly misplaced bricks and won't try to read any meaning further into it.

Except to note that the upper windows, with the help of the particularly stiff powerlines, create the effect of Mondrian's most reductive, late neoplasticism. Really nice apartment to live across from if you can't afford originals. 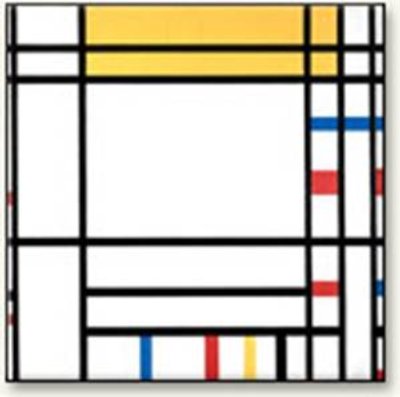 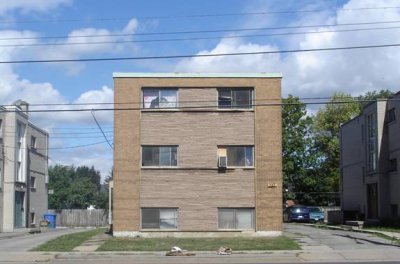 This particularly stark building is probably as good a place as any to discuss the similarities and differences with Southern California housing.

Digression on the Dingbat 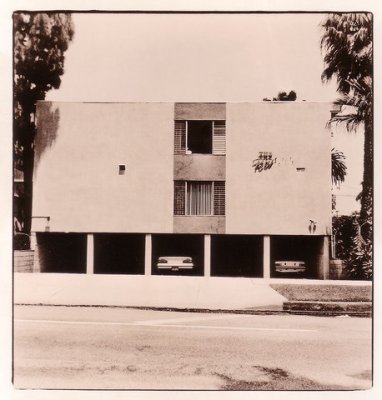 Born in the 50s, the Dingbat has been described as the atomic unit of Southern California architecture. Two to four stories, it shares the post-Bauhaus geometry of the walk-ups I've been describing.

Unlike the north face of Mohawk though, parking is not at the side. The building is scooped onto stilts and there's a whole street level footprint of parking so you can sleep right above your car.

I've never lived in the region, but I'm guessing it would make the earthquake anxiety more intense than it really needs to be. 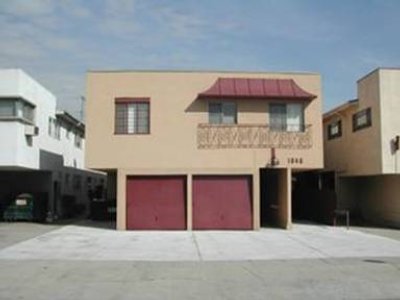 - anticipating the this-is-where-I-keep-my-motor-vehicles presentation of many of today's suburban homes. But I'm dealing with the original and classic here. The textbook Dingbat has a metal name attached like Bel-Air, Tiki, or Galaxie, in a letters a bit too close to the Dick van Dyke Show font for my comfort level - 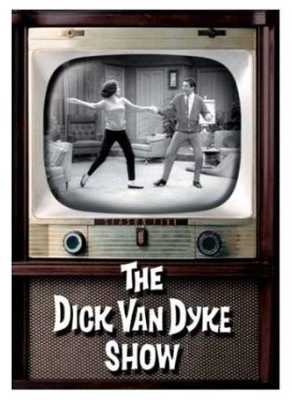 - and it doesn't seem you were ever required to check on prior use of a Dingbat name. By the time I was alive, something dangerously close to the Dingbat had seeded as far north as the Canadian Prairies, and I think there were 10 Bel-Air's and Buena Vistas in Regina alone.

The term Dingbat came from the metal relief sculpture riveted to the face, all shiny and space age and pointy, and since I can't find an example on line please consult Clive Piercey's magisterial Pretty Vacant: the Los Angeles Dingbat Observed, (Chronicle books) for an exhaustive photo-portrait.

These building barely have a web presence, and I am almost glad because why the hell will anyone travel in the future if they can see everything online!