Photos from Casseroles Night in Hamilton

Casseroles Night in Canada, a solidarity march in support of striking Montreal students and in opposition to the emergency legislation curtailing civil liberties and in particular the right to protest.

A big part of the protest was the banging of pots and pans, which has become known as the "casserole" protests in Quebec.

The march left Gore Park and went north on John, west back to James, west on King to Bay, and on to the HWDSB building where there were a few short speeches. 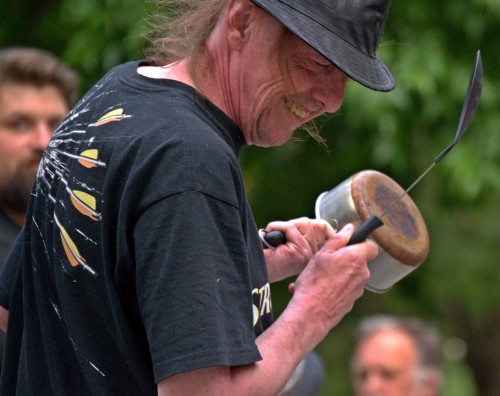 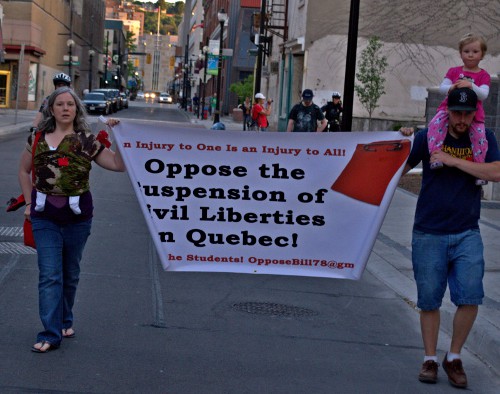 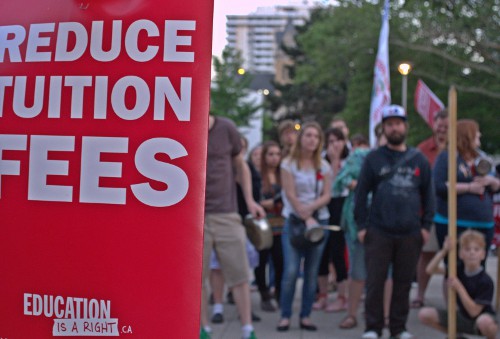 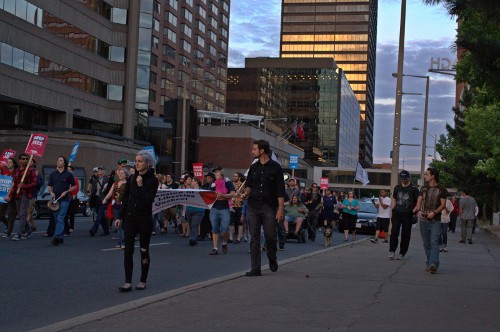 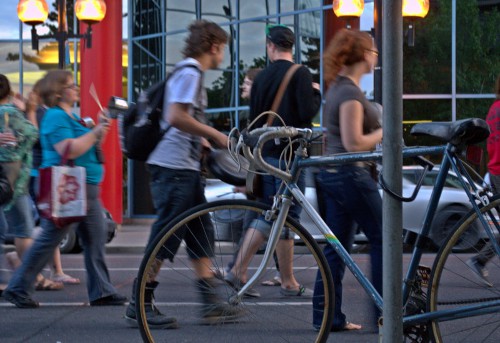 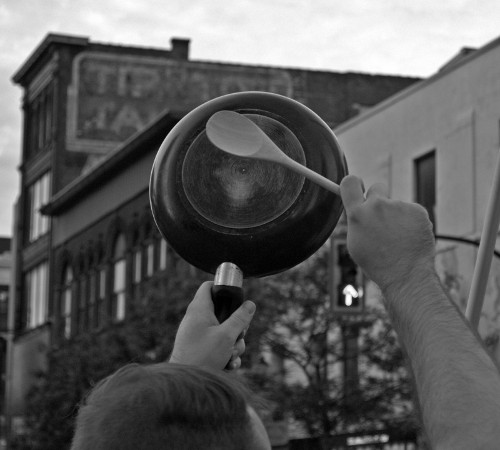 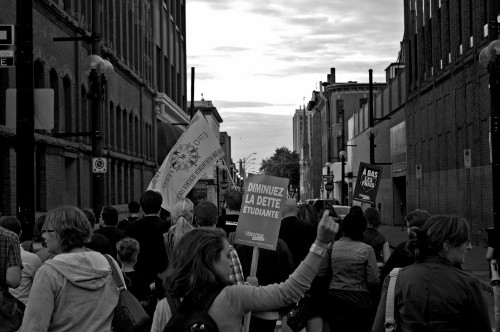 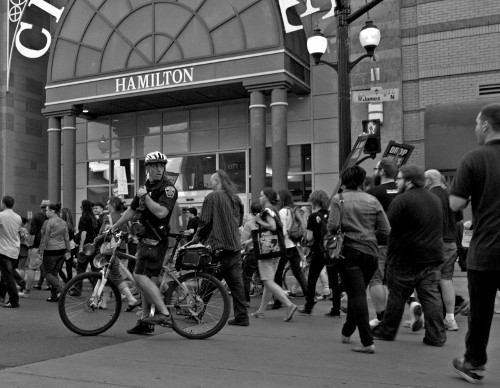 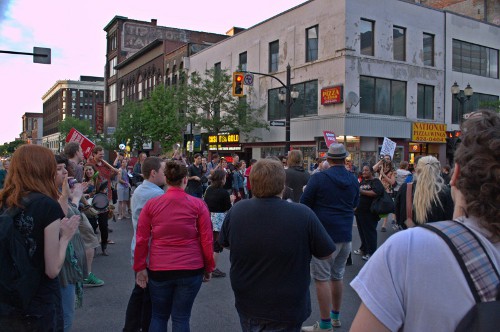 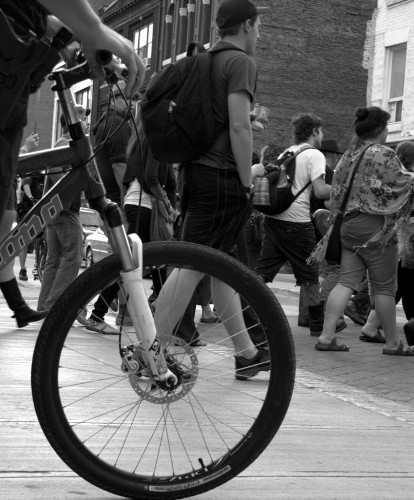 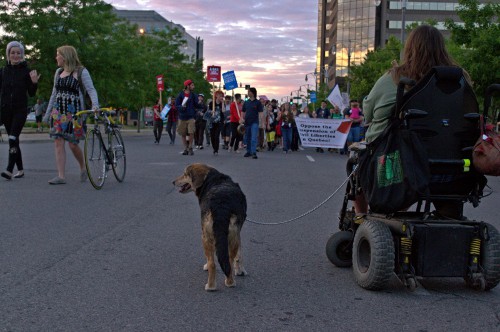 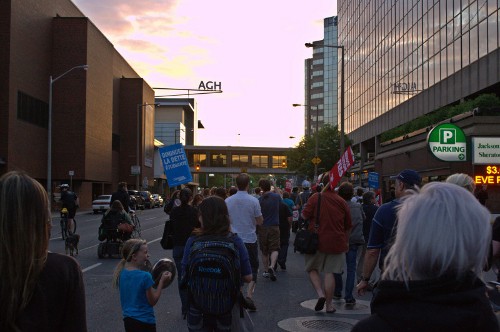 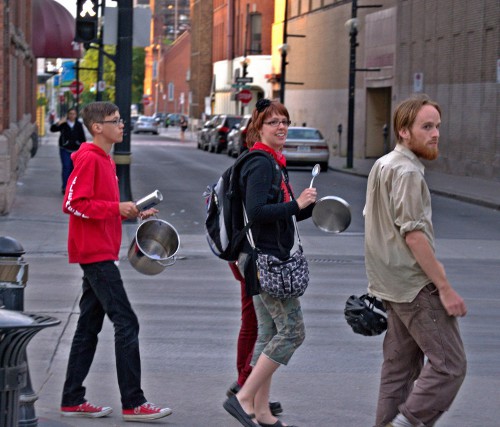 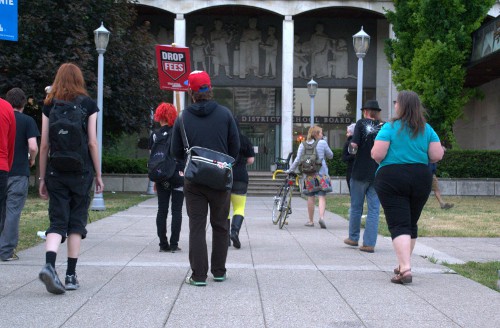 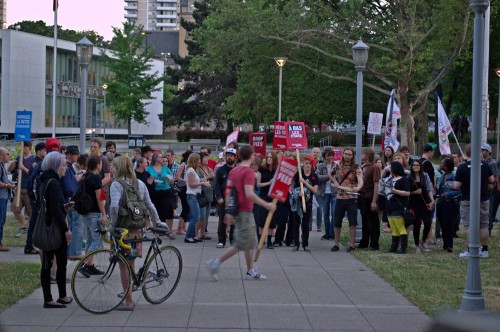 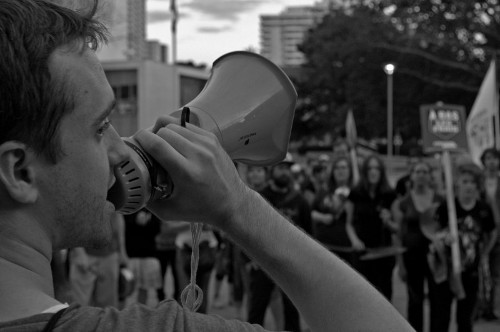 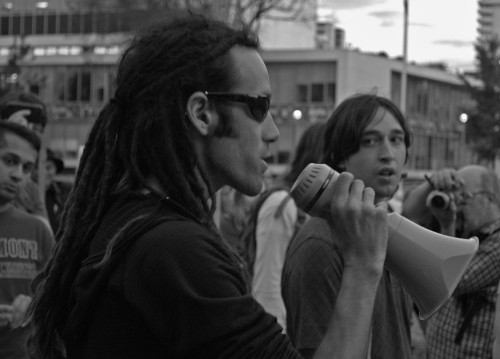 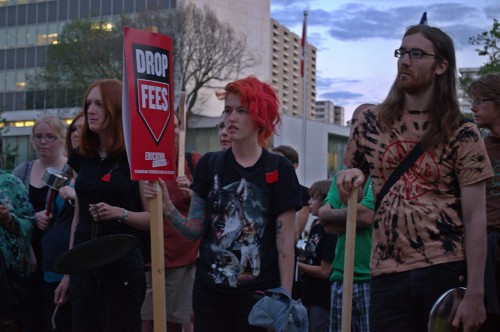 Only in Hamilton do the crowds downtown look more respectable when the streets are filled with activists :)

For anyone wanting/needing a primer on the Quebec situation: http://www.quebecprotest.com/post/23624301707/a-primer-on-the-protests-in-quebec-this-video-is

Quebec has the lowest university tuition rates in Canada with Good Reason. They have always been prepared to get off their duffs to protest increases.
Quebec citizens also have protested the suspension of the civil liberties of all citizens when it appeared that the Gov. would simply pit one group against another, ram through this legislation, & continue to pick off the rights of citizens.
I have to conclude that the People of Quebec are more politically savvy & more engaged with reality & less lazy than the rest of Canada.
We whine. We quibble. But when it comes down to actually doing something about it, we are a bunch of wet noodles & we probably are getting what we deserve. A near life sentence of debt from student loans, & little opportunity to get the kinds of jobs that we indebted ourselves to obtain, if we continue to live in Ontario.
I wonder how a G20 type situation would have gone over in Quebec? (& that's probably why they didn't have to suffer the indignity of having it there. Harper knew it wouldn't go unchallenged & people in Montreal or Quebec City would NEVER have put up with the police state situation before, during, or after the meeting.)
We are truly WIMPS!!
(& congrats to the people who showed up for Casseroles Nights in Hamilton & across Canada. At least you did something, even if you didn't manage the expected sartorial splendor. (?)