I just received an email from a reader who maintains a blog posting photographs of Hamilton's heavy industry smokestacks: 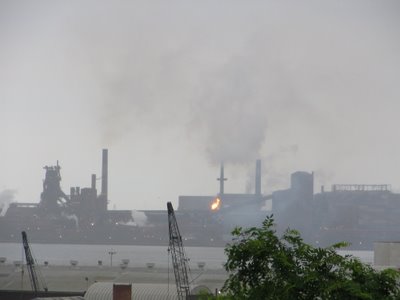 The reader writes, "Half [of air pollution] comes from cars - what about the other half?"