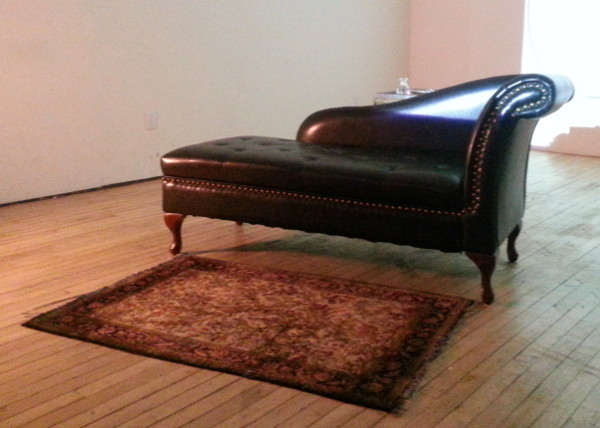 Sherlock Holmes and Dr. Watson are the original Odd Couple, the archetypal buddy cop duo and an enduring manifestation of the 19th century struggle between Enlightenment rationalism and Romanticism, all rolled into one of the most universally known literary canons in the English language.

This presents a double-edged sword for any company that wishes to produce a work based on that canon.

For a short performance like Behind Closed Doors (Fringe gallery shows run just 20 minutes), it means the players can hit the stage running, so to speak, dispensing with characterization and even place setting (we're as familiar with 221B Baker Street as its denizens) and just launching right into the action.

At the same time, Holmes and Watson have been portrayed at least dozens and likely hundreds of times in various film, telecast and theatre productions, and the most iconic portrayals cast a long shadow over any attempt to reprise such roles.

Behind Closed Doors avoids the double edge through a clever take on the nature of the relationship between the two men. Playwright Darren Stewart-Jones picks up on the vaguely homoerotic interplay between the principals that seems so common in Victorian literature and follows it to its logical conclusion. Elementary!

Mark Keller as Holmes is charismatic and sensual, his eyes leering, his tone dripping with innuendo as he voices dialogue that comes straight out of Arthur Conan Doyle's novels. His body language is vivid and the double entendres are witty and cutting.

Louis Adams plays the doctor with diffident aplomb, chastened and embarrassed by his absence from Holmes' life (and, we deduce, bed) after his marriage to Mary to seek a more socially acceptable lifestyle.

In a time when homosexuality has finally been allowed to emerge from the closet, the dynamics are as familiar as the characters - but the combination of the two is a revelation.

This is a smart, funny, well-crafted short play. You will not be disappointed.