Fringe 2017 Review: The Plausibility of Teleportation in an Oxygen-Deprived Environment

The Plausibility of Teleportation tells the tale of Max (Iwanicki), a cynical social worker whose new case features a delinquent youth named Nick (Ilyashyk). As the show progresses, the two eventually shed their guarded hostilities and divulge into topics of hope, coming-of-age, and the less-than-ideal realities of adulthood.

It is evident that Ilyashyk and Iwanicki are skilled actors with an undeniable chemistry together in this two-man show. However, the dialogue comes off as unnaturally rigid, with the comedic moments proving to be very hit or miss.

I found it unfortunate that The Plausibility of Teleportation attempted but failed in its efforts to write roles with greater depth-appearing more as simple caricatures of a responsible adult and juvenile punk.

This is surprising, as Ilyashyk's interpretation of Nick seems more like what an older adult would write for an obnoxious teen, rather than a genuinely confused and hurt young man trying to find his calling in the world. Instead, Nick is only identifiable for his crude language and backwards hat.

Iwanicki's character Max suffers less of the pitfalls that Nick does. One could argue that this was a deliberate choice to contrast Nick's youth, but as a viewer, it struck more as Max being written with more attention than the former.

As more pieces of the character's backstory and aspirations come to light, the writing does try to flesh out its characters but falls into some rather predictable tropes. I do believe that a bit of tinkering with the writing would greatly benefit the audience's ability to understand the characters.

Despite the script, Ilyashyk and Iwanicki's performances transition seamlessly and convincingly from snarky bickering to moments of vulnerability that occur as the show progresses.

From a technical perspective, the lighting work was also lovely and added an additional layer of symbolism to the play. Other props and costumes also helped to immerse the audience to the world created by Ilyashyk.

Ultimately, The Plausibility of Transportation tries a bit too hard to be deep in its explanation of young angst clashing against the responsibilities of adulthood. Although the first act may leave the audience unimpressed, its final moments of compassion makes a solid attempt in redeeming the show.

With a bit more work, I'm certain that the story can match the same calibre of enjoyment that the actors brought to the stage. 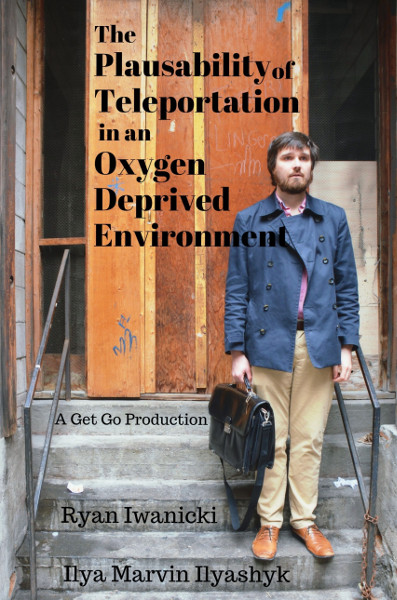