Brine cleverly interleaves three narratives that reflect facets of the immigrant experience in Canada. Performers Dina Hansen, Rex Emerson Jackson and Sameera Singh play a mother, father and daughter who came to Canada to provide more opportunity for the daughter and discovered a country and a life far different than they imagined.

The play opened with about a dozen suitcases and duffel bags scattered across the stage, some open with their clothes hanging out. The players made various and effective use of these props, framing the space and building micro-sets to carry out their respective activities.

The performers engaged in a kind of parallel play as they navigated the stage on their own errands in an elaborate polyrhythm of movement and sound, periodically coming into phase as their stories overlapped. Making direct eye contact with audience members, they inhabited their characters with real weight.

The mother (Hansen), labouring repetitively in a thankless food service job, dazzled with her ability to turn a retail smile on and off as she periodically faced notional customers. The father (Jackson) was a trained professor but found himself working in airport security to help support his family.

Both parents endured this so that their daughter might have a richer, more fulfilling life than she could back home. Perhaps the play's most interesting dimension was how the daughter (Singh) struggled with their expectations - particularly her mother's - feeling the burden of knowing how much they sacrificed when she just wanted to be a teenager.

At only 20 minutes in length, the Fringe Gallery series doesn't provide a lot of space to flesh out character. The script, written by stage manager Senjuti Aurora Sarker and directed by Jamie Milay, wisely avoids trying to cram too much into the running time. The result is a measured pacing that gives the characters room to establish and sustain an elaborate cadence that never feels rushed.

The gallery series is an excellent way to sample several performances over a single evening. The Factory Media Centre and B Contemporary are next door to each other, and they have scheduled their plays with alternating start times so audiences can switch easily between venues. 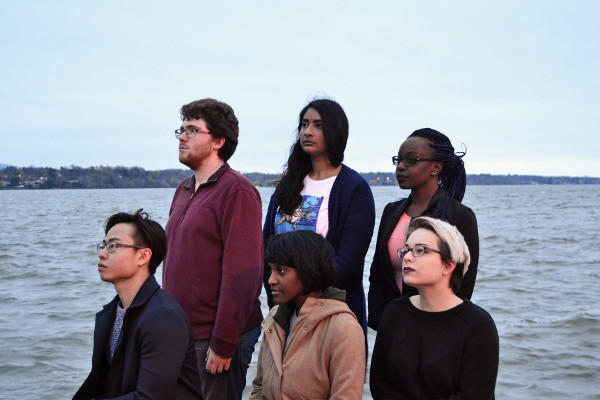