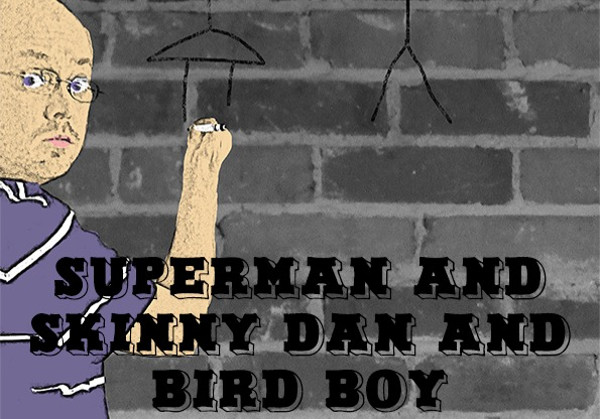 When it was time for the play to begin, the Mills Hardware venue manager announced that instead of a performance, the one-man show was going to be read. Since this was a last minute change, a "rotating list of professional actors," who were given little time to prepare, would be reading the script.

Unfortunately, audience members were not advised of this change to the program until after they had purchased tickets and taken their seats. While it is perfectly acceptable for someone to present a play reading, or a work in progress at the Fringe, it is important for potential patrons to be given this information in advance.

I have worked closely with many people with autism for over two decades, both as a teacher and as a mother. While there are several commonly recognizable characteristics, each individual with autism is extremely unique.

For a neuro-typical person to convincingly portray a person with autism, as Claire Danes did in the movie Temple Grandin, takes a great deal of research and preparation for an actor.

Sean Smythe, and the other actors who will be reading the script, have little time to prepare, so it is unfair to judge their portrayal. I will say that Smythe did read with sensitivity that conveyed the main character's innocence and gullibility.

Other characteristics of the main character, Jeremy, are rather cliché. For example, he likes prime numbers and lists. The long ago disproven "refrigerator mother" theory is another stereotype that is evident, as Jeremy's only reference to his mother is repeatedly quoting her exasperation saying, "Oh Lord Jeremy, Jesus Christ."

The main theme of the story is how this sweet, naïve young man, who just wants to find a way to get people to come to his birthday party, gets taken advantage of and ends up arrested and locked up. Realizing it is possible for things like this to happen, the story line is dark; it is depressing to watch this gullible young man being treated so cruelly by individuals, and being left to ineffectively fend for himself in a world he barely understands.

This play won the 2018 Hamilton Fringe New Play Contest winner, which gave Rex Emerson Jackson a free spot in the festival as well as a cash prize. So if you enjoy watching a work in progress, this is a good choice.