Dungee the Dragon & The Just-Okay Juggler 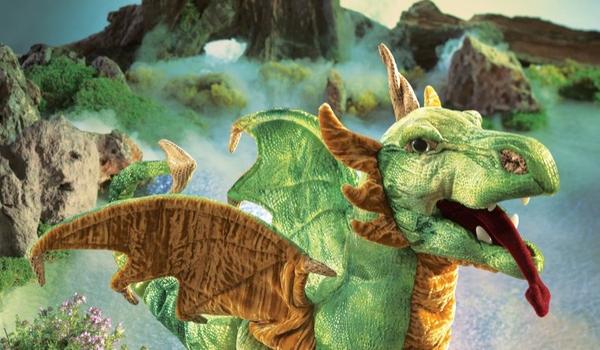 Dungee the Dragon & the Just-Okay Juggler is produced by Stories by Dan, and is written, directed, and performed by Dan Boyer. The play is one of several that Dan offers to schools and educators to help teach children about consent, self-esteem, and negotiation. Dungee the Dragon deals with self-esteem.

The plot revolves around an evil king who uses a local dragon's desire for sleep to scare his subjects. Two knights are dispatched to kill the dragon, but they run away once meeting the beast.

Finally, a mediocre juggler is sent with three swords, but initially also fails until a mysterious voice convinces of him of his worth, and off he goes to impress the dragon with his knife juggling prowess. They become friends and force the king to get lost.

The set is a carpet with some props on it; three balls, three knives, a crown and a fedora. The show would have benefited from having these items on a table, as when the performer sat down to deal with them, it became hard for anyone behind the first two rows to see what was going on. The dragon is a great hand puppet with unusual teeth, a running gag that kept the audience smiling.

You could feel the energy suck out of the audience after a while when this happened, and for a young audience that means their attention wanders to other things going on around them.

It's unfortunate that it is written this way, because the characters themselves are sufficiently different and interesting that they could easily take over a large part of the exposition.

The staging also could do with some sharpening up. The performer walks back and forth while delivering the exposition, and then when journeying to see the dragon, each character takes the same route around the audience over and over again, with little variation in response to all the different places they are journeying through.

The acting itself is good, especially when the performer gets going with multiple characters. The use of headgear and voice to differentiate between the various roles makes it clear to the young audience who is speaking at any one time.

Finally, let's talk about the juggling. Mr. Boyer is clearly a good juggler. Anyone who can juggle three large knives obviously has some skill. But for a show where "Juggler" is in the title, even a just okay one, there is precious little actual juggling during the show, and half of that is poor juggling designed to show the audience that the character is indeed a just okay juggler.

I have mixed feelings about this play. The message is good, and it must be said the older children in the audience kept focused on the performance, although the younger ones started to wilt a bit so it's worth taking your children to see and experience some live theatre. What's frustrating for me is the show could be so much better.