The Butler: A Superhero Detective Story` 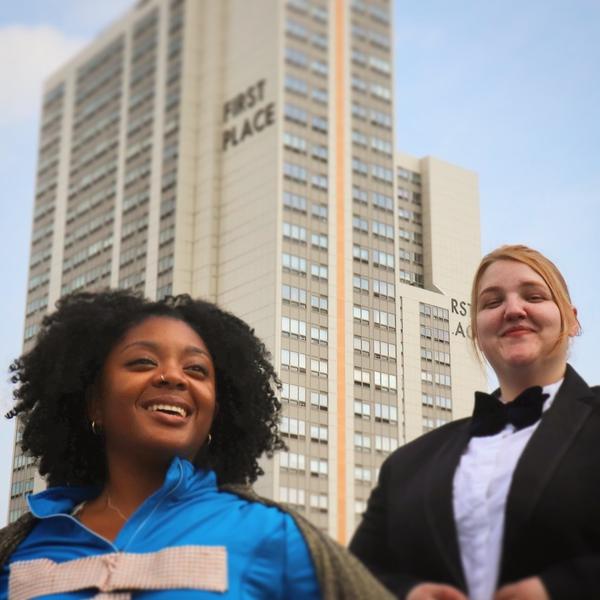 The Butler follows a day in the life of the individual who keeps the superhero base clean, does the tours, and helps the superheroes from the safety of the headquarters. On the day in question things go all wrong, the Butler breaks an artifact, villains break out from their jail, and equipment keeps malfunctioning. On the day I saw it, a large number of children were attending from a camp, so I was able to gauge their reaction to the show.

The good: An interesting touch was a video screen placed down stage right, which allowed the audience to see the superheroes out in the world when they called the Butler at the base. The use of pre-recorded video like this is always a bit risky if the actor on stage loses her lines, but in this case they were able to pull it off.

The acting itself is a mixed bag, ranging from far too low-key to upbeat. One of the characters was able to keep some of the older children's interest by not wearing his whole costume, preferring instead a raincoat, which resulted in repeated calls to "put your costume on".

The not so good: The script is a confusing mess. When writing a children's play, it's important to keep the events clear and the language at a comprehension level the children will understand. It was never clear for most of the play what was going on, or why. The language was sometimes at a higher level then the children could understand, especially some of the younger audience members. There was a group of five- to six-year-olds in the crowd and you could see their attention start to wander after ten to fifteen minutes. Even some of the older children lost interest through the play.

The direction could use a bit of work as well, with the characters standing in a curved line and remaining stationary as they delivered their lines. There were a few exceptions, but in terms of stage movement, there was not much to keep the show interesting.

To sum up" an interesting concept, a couple of good technical ideas, but overall this play needs a thorough reworking before it's presented to the public again. Not recommended.