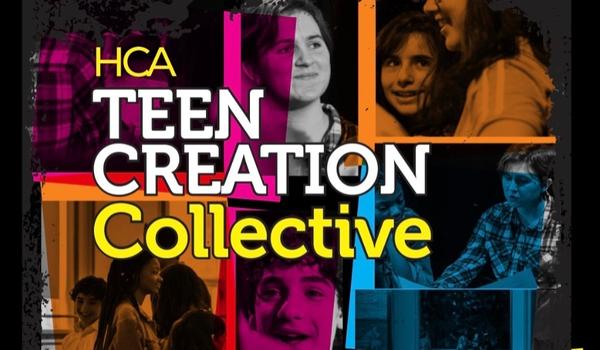 I had the pleasure of catching the last performance of the HCA Teen Creation Collective: Connection, which feature numerous Hamilton youth actors from the Hamilton Conservatory for the Arts, under the watchful eye of star actor, Stephanie Hope Lawlor.

The show uses the entirety of the building. The audience is given one of four stamps on their hands, but the meaning of those stamps is revealed later. Then our two guides tell of the story of the building, as we enter the hallway and ascend the seemingly endless stairs. The stories are fiction, but they're good yarns.

Once in the main room, there are four different shows. Our hand stamps sort the audience into four groups, where they watch four separate shows. After a few minutes we rotate clockwise, until everyone gets to see all four shows. This is an ingenious solution for getting a lot of people into very tight performance spaces.

The four stories themselves, written by the young performers, revolve around the different purposes for the HCE building over the years. Some characters are from the present, some from the past, and some are just confused. It's a lot of fun to see the history we're standing on come to life.

Finally, we're led to the auditorium, where there are a finally few skits, which are very well done. There was a fair amount of laughter, and not just from the parents.

Lawlor claims that most of the work was done by the young performers themselves, which is perhaps a testament to her skill as a director-her ability to seamlessly bring out the best in people, without necessarily knowing what that is ahead of time. That truly is theatre magic. Perhaps they'll be back next year. If they are, it certainly will be a fun treat.