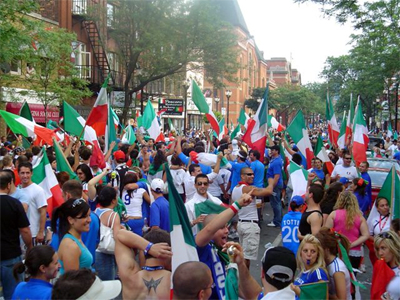 Sunday was Italy's huge World Cup win and Hamilton was rocking till late into the night.

If you (like me) tuned into CH News at 11:00 assuming that the personalities would be live on location in the downtown enjoying the fun and showing everyone who stayed home what they missed, allow me to present a photo tour of what was going on. 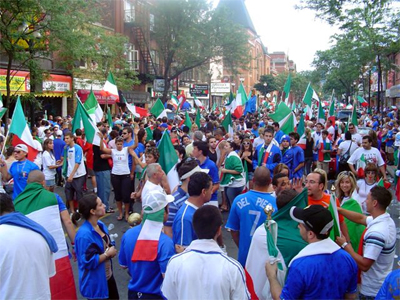 Celebrants thronged the street after Italy won the World Cup

CH started the evening with more stories from Afghanistan and did a piece that was about 20 seconds long on the World Cup celebrations. Global News had live coverage from Little Italy with the on-air personalities on location along with a 5-6 minute story about the big party. 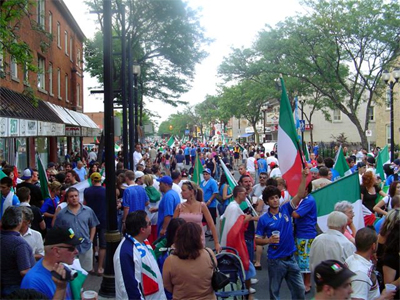 Reports from our Suburban Bureau indicate that the celebration on Meadowlands Rd. wasn't quite as big

Hamilton needs more events like this and we hope to see street festivals and (hold onto your hat) road closures (YIKES!) become the norm throughout the summer in our city. For those who love speeding cars and trucks they can head to the cottage on those weekends when the rest of us are having fun (or pull up a chair on the shoulder of the QEW). 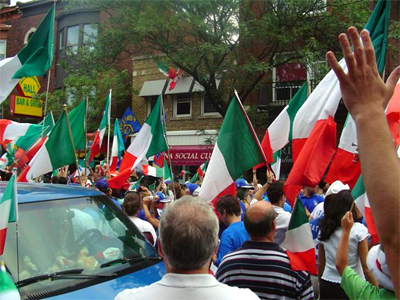 As always, RTH was on location where the action was to present the World Cup photo tour from James North. Hey, we even landed a shot with the Mayor. 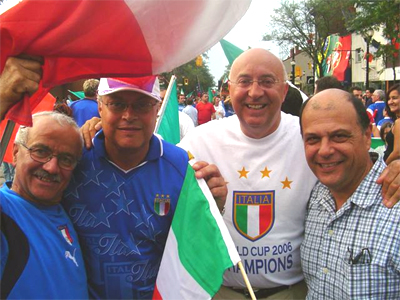 CH could have too ... if they bothered to show up. 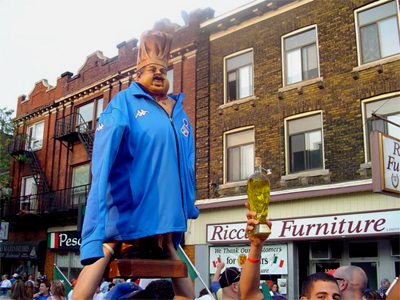 Apparently, the head of the Italian soccer team is a chef

I was finishing work on Sunday when the game was just over. If I hadn't had to meet someone afterwards I would have stuck around to enjoy the celebrations. People were coming in and out of the store throughout the day buying drinks and looking for flags. It was great for business and fun to listen for the cheers and groans coming out of the locar restaurants. I thought to myself, James north is such a great meeting place, a makeshift piazza. I enjoyed the Carribana parade last year. I hope it runs through James St again. See you all then.