Certain albums take a genre we know well and morph it into the thing we suddenly realized we always wanted it to be. Treats is such an album.

As soon as the month of May rolls around, I am on the lookout for a great summer album. The uncomplicated joy of summer, is, after all, something that pop music is good at (unlike, say, Attic tragedy, or expressionist painting, or central European chamber music.)

These days, of course, I can read 50 reviews of an album before deciding if it's worth my while to download it for free. Back in my youth, the artwork alone could separate me from a hard earned $10.00 bill. And every May I looked for any album in which the artist was photographed from a low angle against a backdrop of sky and sun and wisps of cloud. 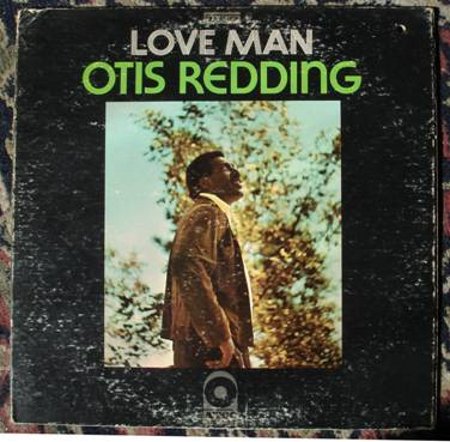 If I was really lucky I would end up with 40 minutes of sound that screamed "it's-summer-and-I'm-young-and-without-a-care-in-the-world-and-everything-is-fine."

Though it was the late '70s by the time I was discovering classics of the '60s, and joy was often tinged with the sadness of knowing that the artist had less than two years to live and that the aspect of immortality in the photo was a lie.

You're guessing from the vintage of this vinyl that it's been a while since I got out into the music stores. At the time of this writing, Treats, the Debut album by Sleigh Bells, is only available for download, pending CD release.

So I guess there's no huge reason to go to the music stores, which upsets me for a whole host of reasons, not least of which is my frustration that in an age of supposed advancement in image reproduction, foot-square LP album art has "advanced" to inch-square representation on my iPod. 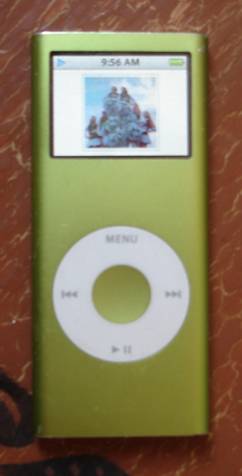 Here's what the cover will look like when it's slid into a CD jewel case. 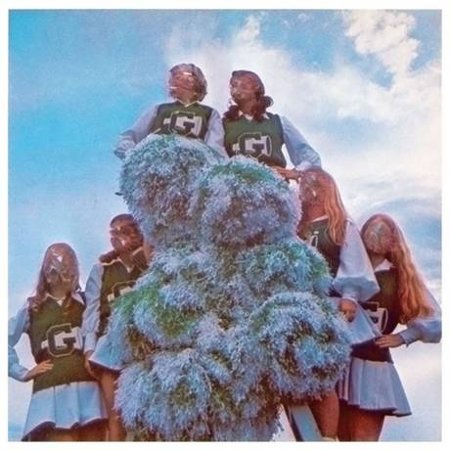 Which does indeed suggest an "it's-summer-and-I'm-young-and-without-a-care-in-the-world-and-everything-is-fine" vibe. Yes, we're all astounded that cheerleading has endured into the 21st century, and so Sleigh Bells have thoughtfully subverted the phenomenon with a Francis Baconesque mangling of their no doubt wholesome faces.

By now I'm expecting a Beach Boys meet the post-Photoshop, post-digital-sampling world of Music Has the Right to Children: 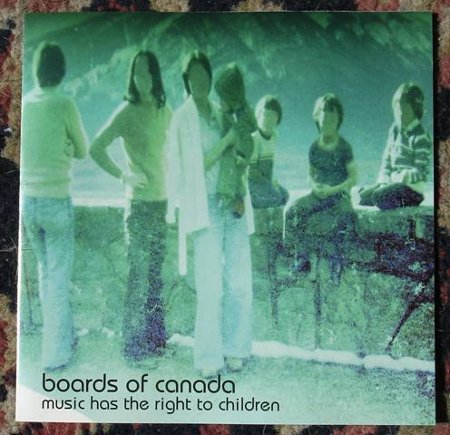 Boards of Canada, Music Has the Right to Children

Treats has little to do with the late night chill-out of Boards of Canada. However, if music does have the right to children, many, many acts of the past fifty years have progeny wandering through Treats, sometimes crashing face down on the dance-floor, sometimes drifting off into the lavender mist.

The music has its feet planted firmly in '60s girl groups, but vocalist Alexis Krauss knows every decade of kittenish pop vocalists from the Shangri-Las onward. I hear The Bangles, The Breeders, and Blonde Redhead, but to name-check every act that gets dug out of my subconscious during the album's brief but huge 35 minutes would try your patience even further than my lo-fi photos already have.

Certain albums take a genre we know well and morph it into the thing we suddenly realized we always wanted it to be. Psycho Candy takes The Ramones' three chord speed punk, slows it to a snails pace and fills in the spaces between the notes. Loveless takes '80s dream pop, drowns it in microtonal goo and makes the listener rescue and extrapolate what fragments of a narrative can be salvaged.

Treats is such an album. Girl Group pop is just the base from which it rises up into screamo, or descends into an apocalypse of very contemporary percussion: the fat primal splash of The Boredoms; M.I.A. beats from developing country we've never heard of rendered on an MC-505 sequencer (it's no surprise that Sleigh Bells record on M.I.A.'s N.E.E.T. label.).

As we'd expect from cheerleaders without faces, the lyrics are football chants that the fans are unlikely to comprehend. "Rill Rill," the album's most undisguised "pop" tune, quotes of the kind of number sequence I get on a pop-up window that also asks if I want to send an error report.

This, though, is followed by the dippy "Wonder what your boyfriend thinks about your braces." My 15-year-old daughter feels this is pop irony, though I was taken back to the decidedly unironic Jan and Dean classic "Jeanette Get Your Hair Done," 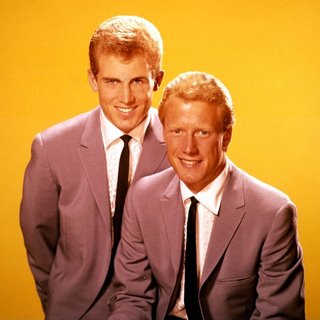 which is my pop-music gold standard for snippy teen-boy eye on the teen-girl. It's a line Avril Lavigne just couldn't have come up with.

The beauty of Treats is that as soon as you think you can describe it, it turns into something entirely else.

"A/B Machines" is a Kraftwerk on amphetamine dance rant consisting only of the lines "Got my A) machines on the table/Got my B) machines in the drawer," which escalates into techno hysteria complete with shrill Fatboy Slim oscillations, and more importantly makes me rethink how I might better organize my work station. 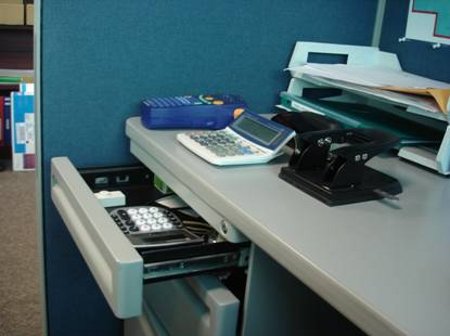 The myriad of techniques are so integrated as to be completely new. That being said, the spiritual godfather of this music is Phil Spector, the man who taught pop music how to marry trite adolescent sentiment to an instrumental smear so vast and cosmic and indomitable that the moronic pronouncements it embraces become profound and timeless.

As I listened to what for me is already the summer album of 2010, listened repeatedly until it became not an album but a lifestyle choice, I thought of Mr. Spector 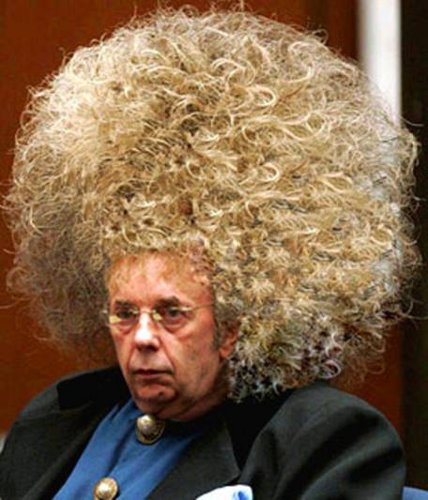 in his room at the Corcoran State Correctional Facility. And I felt this was music he should be making, were he in a position to make any music at all.

Great review of a great album! My only complaint is holy crap, so much compression! I feel like Sleigh Bells just won the loudness war -- and my eardrums lost!

Psycho Candy and Loveless... both brilliant!!!

I love dredging the record stores for those precious rare pieces of vinyl to complete my collection - now you can find every track (including rare and bootleg) in two minutes on the internet - but I still prefer "the old way".