Our buildings are not garbage. 'Development' which leaves us poorer than before, culturally or financially, is not development. It is degradation. 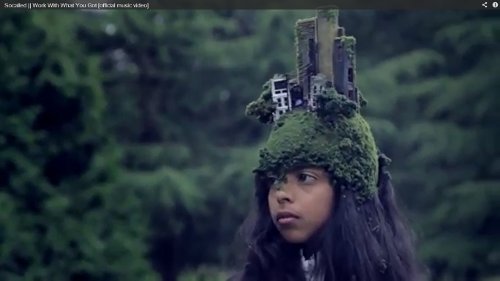 Art - including architecture and other cultural production - and economics are not entirely reducible to each other. But they are not separable either, and this seems to be the point on which we are stuck.

As I wrote in the previous post, in publicizing his (very hazy) plans for his downtown property, David Blanchard is representing himself as amenable to discussion, but the city is not taking him up on it. Why not? Demolition, and not adaptive reuse, heritage interest or not, has become the default option at City Hall.

Economic and cultural value are not separable

Some months ago the Culture department was separated from Recreation and moved from Community Services into the Planning and Economic Development department, under Tim McCabe. This means that museums, public art, and tourism are under one umbrella with heritage and other planning.

The shuffle seemed to indicate a belated recognition that economic and cultural value are not separable. In truth, they are Siamese twins joined at the head. Separate them, and both perish.

Council and the Planning and Economic Development department need to insist upon this fact when negotiating with Mr. Blanchard and other proponents of one-sided "revitalization" projects.

The very tenacious Mahesh Butani contributed a piece to the Hamiltonian for Jan 2, 2013 in which he tracked the Nov. 15, 2012 recommendation of the Municipal Heritage Committee on 18-28 King through the corridors of the Hall. In doing so, he provided details on Bylaw No. 09-208. This Bylaw, requested by Tim McCabe in August of 2009 and enacted by Council in September of 2009, reads in part as follows:

Section 4 of BY-LAW NO. 09-208 states: "Council delegates to the Chief Building Official power with respect to the issuing of demolition permits for routine applications which was given to Council under subsections 33(3) and 33(6) of the Planning Act."

Section 5 of BY-LAW NO. 09-208 states: "For the purposes of section 4, "routine applications" include, but are not limited to, an application to demolish a residential building: ... to facilitate land assembly for future development.

Butani also reproduced the delirious Triple Bottom Line statement (appended to each staff report ) which accompanied PED 09258, the report which requested the bylaw.

Does the option you are recommending create value across all three bottom lines? - YES

You don't know whether to laugh, cry, or spit on encountering stuff like this. Butani's more measured comment was, "In a city which has a long history of mindless destruction of heritage buildings, authority to approve demolition of buildings must be clearly vested with the City Council and not delegated to City Staff under the ruse of streamlining application process."

And not only buildings. 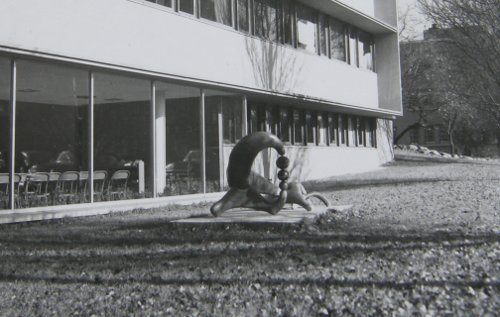 When the Public Health Building at 74 Hughson South, now repurposed and renumbered to 1 Hunter East, opened in 1954, it had a work of public art on its lawn. Margaret Houghton pulled together the story from Spec pieces for a section of her book Vanished Hamilton IV (North Shore, 2012).

It seems that one day Stanley Roscoe, the architect of the building and sponsor of the sculpture, noticed that it needed some attention and sent a note to the property committee. Property decided that $250 was too steep a repair cost, given that the original commission had been worth $500, and sent the piece to the dump.

Efforts to recover it produced more comedy, if that's the correct term, and led nowhere.

Of course, this could never happen now, right? 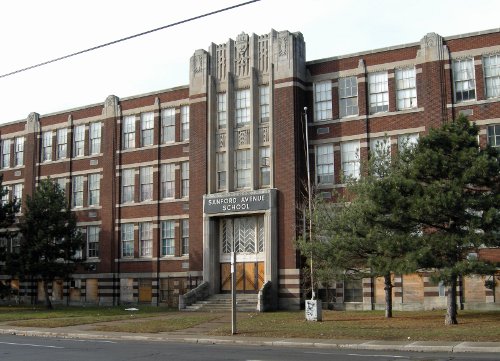 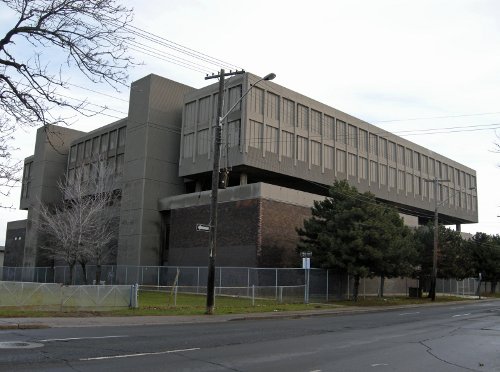 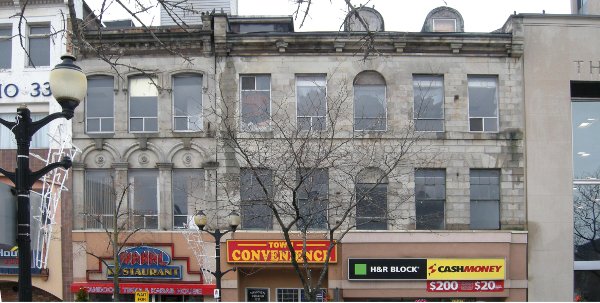 Delta, Sanford, Scott Park, and 18-22 King on the Gore. These buildings are not garbage.

Working with what we've got

We have a lot, and a lot of the existing building stock is quite good. "Development" which leaves us poorer than before, culturally or financially, is not development. It is degradation.

Our buildings are not garbage. If we want them respected, then we need to persuade Council to:

In addition, preservationists might consider carrying the case for historic preservation and adaptive re-sue to the financial institutions which are, absent the politicians, the final arbitrators of what gets built.

Very little can happen without their participation. It is socially irresponsible for lenders to be complicit in "revitalization" which injures the fabric of community. It is also financially unsound. When it is studied, historic preservation is found to raise the value of adjacent properties.

None of this is unprecedented or extreme. Quite the reverse. They are all long-discussed measures, conservative in both senses of the term. When circumstances change, as Hamilton's certainly have over the last forty years, adaptation and innovation are needed in order to preserve what is valuable.

Innovation is just what we are not getting out of City Hall. The modernist dream of a clutter-free, hyper-hygienic, past-free realm of glass and concrete with the odd hanging garden is dying very hard here. Even when reduced to featureless sheds of styrofoam and stucco on a barren blacktop plain, the dream hangs on and subverts the good intentions of the official plan.

We need to move on, past residential segregation by income to intensity and diversity and small-scale, layered, organic, extensible, walkable development.

Of course there will be large new buildings, and probably rather boring, if the market can bear it. But the future is mostly working with what we got, and we've got a lot. 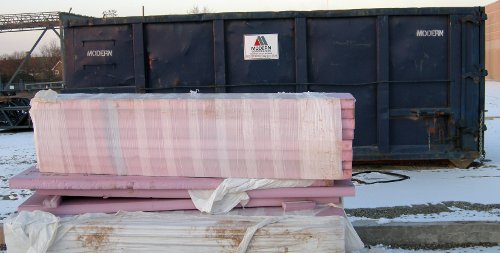 PED's dream. The "new" Centre Mall. Modern? Not so much.

Many good points! What is missing is an organized group to hold city hall and the developers to account. Without an organized pro-heritage lobby group, one with real community support; city hall and developers will feel free to treat our history like garbage. We need to educate the community about why history is important to us today. To give people informed options on what can be done. We need the structures in place to quickly rally voter support into opposition against any developer, city department or politician that puts forward an anti-heritage proposal.

The Architectural Conservancy of Ontario has a Hamilton branch and has been quite vocal regarding the threat to the Gore Park streetwall.

The ACO is a volunteer organization with limited resources, so all Hamiltonians who are concerned about the city's approach to built heritage are encouraged to join and become active members. Strengthening local membership will both facilitate coordination of efforts and lend weight to the voice of the ACO in Hamilton.

Thank you for your invitation to join the Hamilton Branch of the Architectural Conservancy of Ontario. Yes, I agree that the ACO is a lobbying organization and is now asking the Minister of Tourism, Culture and Sports to block the demolition of the buildings overlooking Gore Park. I also completely understand the need for volunteers and how this can impact on what can be achieved at any given moment.

I note that sometimes ACO branches hold photo competitions. I am currently trying to encourage people to photograph the nearly 800 buildings that merit heritage protection as a way of both documenting these buildings and making the community more aware of the great heritage that exists within the downtown core. I am also hopeful that these photos could be pared with historical photographs so that we can become more aware of the potential for historic restoration or adaptive reuse. Maybe this is something that the Hamilton branch might be interested in supporting and we could sit down and talk about.

What I found most surprising, with regard to the recent media coverage of the Gore Park buildings, was the lack of public outrage as expressed to Hamilton City Council. It is my understanding that there wasn’t much public comment and no organize, community base, reaction to the application of demolition permits. As a result, I am now trying to contact individuals and organizations to see what can be done for the future. Ideally, there should be a series of educational talks that would build up to a conference on urban heritage in the City of Hamilton. Hopefully, out of this educational process would develop a mobilized group of concern citizens.

Again, thank you for your invitation and for the work that your organization is doing to protect our heritage.

The HBSA seems well-placed to affect meaningful change in the local culture, but the local sector's habitual reliance on public projects, which are almost uniformly new builds, may colour the organization's enthusiasm for "default positions."

It is wonderful the interest shown in heritage homes. I recently purchased a historic house made of limestone and it has protection under the act. It is more advantageous then burdensome.