This Council's legacy could be to be remembered forever as the council that finally busted the 1950s status quo in our city.

I imagine Council has seen the recent article by Lloyd Alter of TreeHugger published nationally and now republished locally.

The keys to walkability include complete streetscapes that aren't interrupted by parking lots, lined with viable retail and restaurants and other uses that people want to visit. But they don't get that in Hamilton, never have. What a waste; it has so much promise, so much going for it, and never misses an opportunity to screw it up.

Forget for a moment about the varying opinions on Gore Park heritage. Simply re-read the statements about urban quality of life as affected by our five-lane freeways. 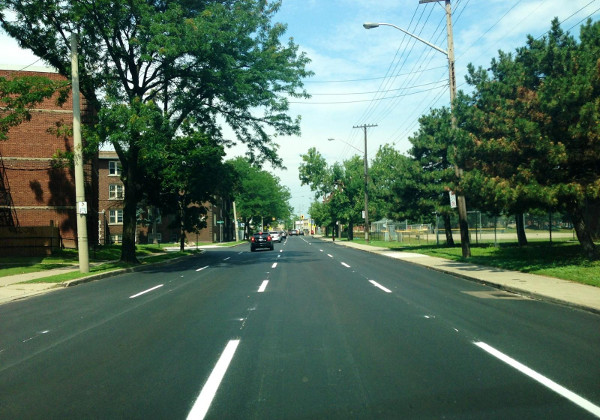 I'm a lower city resident raising three kids within spitting distance of King, Main and York. In the ten years we've lived here (our oldest is ten next month) I don't think we've walked on any of those streets once.

Let that sink in: The streets that have been Hamilton's retail/commercial heart for 150+ years are too dangerous to walk along with young kids.

My wife and I routinely enjoy coffee at Detour in Dundas, or a bike ride up to downtown Ancaster via the radial trail. We enjoy the urban quality of life in those neighbourhoods, yet we always leave feeling slighted by the fact that we aren't considered valuable enough as citizens to enjoy the same safe, green, walkable, business-friendly streets in our own neighbourhood.

Our councillors have sat through all the Economic Summits and heard the world-renowned experts say the same thing about our downtown streets. I hope they've visited Toronto, Montreal, Boston, Ottawa and Vancouver and enjoyed the fabulous quality of life in those cities' downtowns and older neighbourhoods.

Who will rise above the unfounded fear of change and lead Hamilton into a prosperous urban future? Citizens are begging for it. Business communities are desperate a for a chance to succeed, demographic trends are finally in our favour for the first time in decades with a renewed interest in urban living and walkable, complete streets.

All we need is leadership and vision to make it happen. The image of downtown and lower Hamilton is an issue that resonates right across the greater city.

And for the odd old-timer in outlying wards who still likes to praise our network of one-way freeways, politely ask them why they choose not to live near one.

Politely ask them if they'd like their retail street - King in Dundas, say, or Wilson in Ancaster - to be converted to a one-way street with skinny sidewalks and constant parking restrictions.

Hamilton can be radically different in as little as three to five years, but we need council to lead with vision and unity.

The great news is that we've lost so much traffic volume due to the decline of our industrial base, we simply don't need about half the lanes we currently have in the lower city. The numbers don't lie. 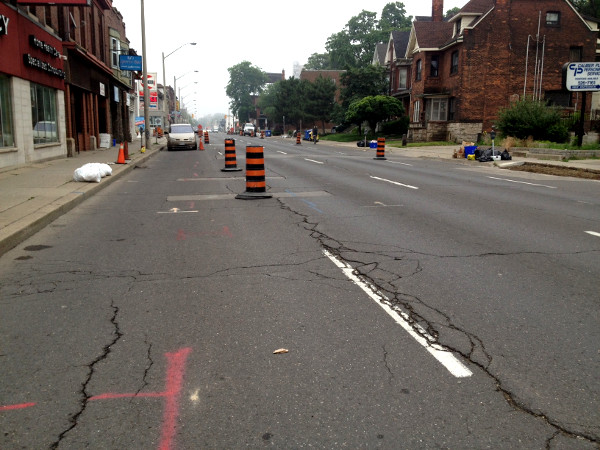 I urge Council to do the right thing and start with a couple of quick wins like Cannon or King that can show the world a rapidly changing Hamilton when we host the Pan Am Games in two years.

This Council's legacy could be to be remembered forever as the council that finally busted the 1950s status quo in our city. In some cases, as outlined below, a new vision can be realized with as little as paint and planter boxes.

Don't look to Council for 'leadership'. That's not how they see themselves executing. They see themselves (even if they're unaware consciously of the fact) as managers. Managers with their eyes on the next election. In the end, I'm not even sure any of them have true leadership capabilities. Glad-handing and posturing, pandering and patronizing are the fall-backs for those who claim to be leading their wards. While their hearts are in the right place (my kindness streak arises here), I doubt that there's even the conviction to 'lead'. If they understand the concept at all. Which I doubt.

The Pedestrian Master Plan is being presented to Council in November. Make sure you show up at the public meeting in support and/or write a letter to the Spec in support. Also support Sara Mayo of the Social Planning and Research Council in her efforts to get the City to adopt a "Complete Streets" policy. Finally, stop insulting Council and calling them a bunch of screw-ups. Why would they listen to you when you speak of them that way.