No Apologies for Being a Designer in Hamilton

Although Hamilton has a rich blue-collar history, we are also abundant in architectural and cultural history, which can only be truly experienced when walking, riding or driving within our great city.

Working in the Interior Design industry for almost two decades and having the fortune to work alongside many talented Hamilton architects, I've spent much of my career having to defend the city I work and design in, and also have lived my entire life. 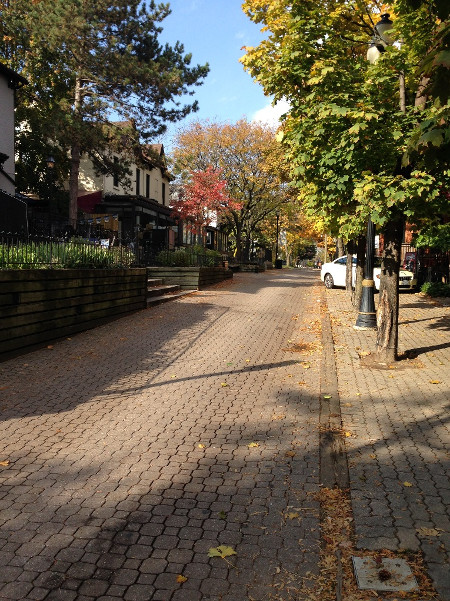 Image outside Sheri's office on George Street in Hess Village

When I was in design school, I remember having to complete a visual architecture project, taking photos of different periods of Architecture that spanned centuries of design, then compiling my findings on design plates. I hopped on a bus and headed downtown with my camera and my checklist.

My classmates were not so fortunate as many had to travel much further than simple city blocks within their own city to complete their assignment. This was the first time I opened my eyes to what my city had to offer and perhaps when I began to "defend" Hamilton. 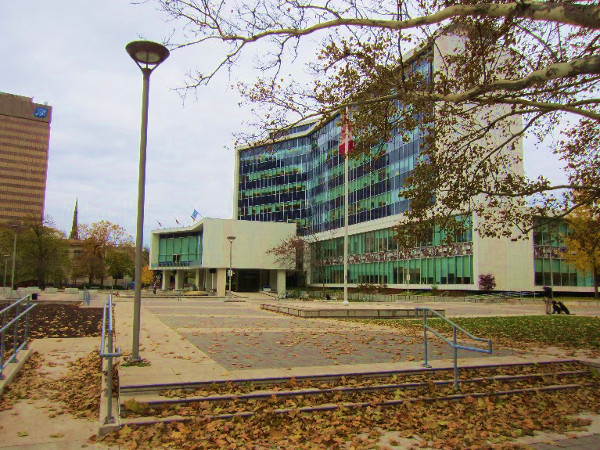 Interior Designers and related trades are saturated in Toronto. I often need to drive into the city to attend events, trade shows and I've even designed some interior spaces there.

These events often spawn conversation amongst design colleagues and one of the first questions I am asked is, "where is your design firm located?"

I promptly reply, stating, "Hamilton." The common look on the recipient's face is of apology and their verbal reply is "oh, that's nice (with an "oh dear" under their breath). It often follows with a joke about smog or crime or down trodden neighbourhoods.

I defend Hamilton and refuse to be apologetic, but often find myself with that demeanour and/or pointing out some questionable neighbourhoods within their own city.

It wasn't until I attended the funeral of Trevor Garwood-Jones that I finally realized why Torontonians think that we are just smog and steel mills.

The words of Ross Hanham, Trevor's business partner, were groundbreaking for me in terms of his perception of our city prior to working here. He mentioned when Trevor asked him to join his firm, he only knew this city as the skyline view from Toronto and thought that there couldn't be much happening in Hamilton in Architecture and Design.

He later found out that he was indeed wrong and his firm has been part of some of the most influential projects in our city, one being the recent restoration of Hamilton City Hall. 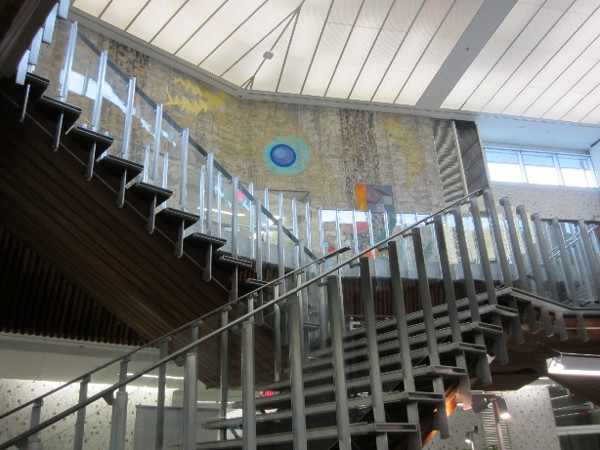 Image of the interior of City Hall, demonstrating the murals that represent the preservation and respect of our rich history and industrial culture

So although Hamilton has a rich blue-collar history, we are also abundant in architectural and cultural history, which can only be truly experienced when walking, riding or driving within our great city.

Through my career, dominated in adaptive re-use projects and my recent undergrad studies promoting me to research and describe local architecture, I have learned to appreciate Hamilton even more and encourage those beyond its parameters to take a look inside.

I will not be apologetic for living, working and designing in Hamilton, but instead be proud to say I'm fortunate to be alongside an amazing landscape.

Sheri Crawford, ARIDO, IDC, NCIDQ, BCIN is an interior designer based in Hamilton. Her area of expertise ranges from corporate/commercial office design, medical clinics, and adaptive re-use designs, the latter for which she was awarded a Hamilton Architecture and Design Award of Merit in 2007. In addition to practice, she is a part time professor at Sheridan College in the Interior Design Degree & Interior Decorating Diploma programs.

Once in a while, a "I'm from the Hammer, up yours" is a decent reply to generalizations that are grandfathered from another generation. Offensive yes, but sometimes you just gotta say what you gotta say.

Interesting take DM, but that thought never crossed my mind.

I don't think people really appreciate the architecture of city hall. I'm new here and I loved that building from the moment I laid eyes on it. It represents a time that we've definitely grown out of, and it was designed on a premise that's almost antithetical to the ways we need to plan and live now – and in the future – but it's a beautiful building if you like modernism.