We Need to Invest More in Hamilton's Tree Canopy

This would seem to be one of those rare win-win issues. The public wants more trees and the city knows we need more trees.

The Spectator has run a great series of articles recently on the state of our tree canopy. Last August I suggested we follow the Portland approach and plant much more than 6,000 trees per year if we ever hope to reach the universal goal of 35 percent tree cover.

This is not a new idea. As you may recall, the Spec had a 'One Big Idea' contest back in 2005 and the winning submission as voted on by its readers was 'plant more trees'.

Even without damaging ice storms and invasive beetles, planting only 6,000 trees per year will simply not get the job done.

I don't know if we need to simply double or triple the city's tree budget, or work with some local foundations to get more trees in the ground.

As you can see from the links in that RTH article from August, the heat island affect in urban Hamilton's Code Red neighbourhoods is astronomical- worse than Downtown Toronto. 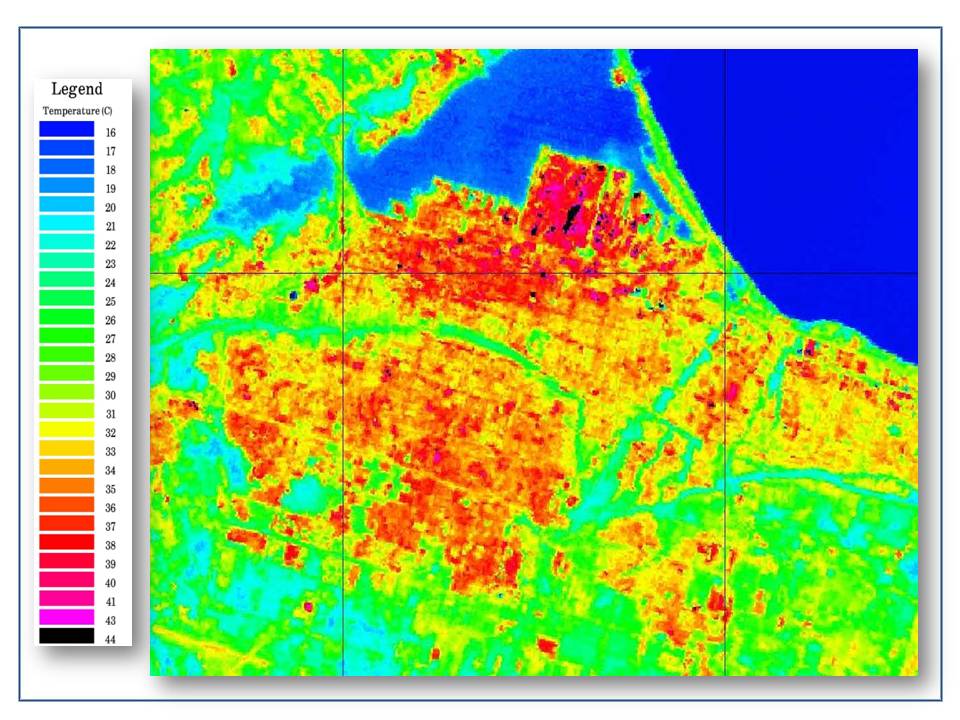 Many folks live in apartments and old homes with no air conditioning in this part of Hamilton. Cooling and greening those neighbourhoods would be one more piece to the puzzle of increasing the quality of life.

When I'm in Toronto I'm always struck with the great tree canopy on its old urban streets, and the lack of parking pads and mini-driveways.

I think Hamilton should look to add green boulevards between the sidewalk and street on many of our major streets that have way too many lanes. We can take back a lane or two on streets like Main, Wellington, Victoria and so on, and plant trees in front of every single property. 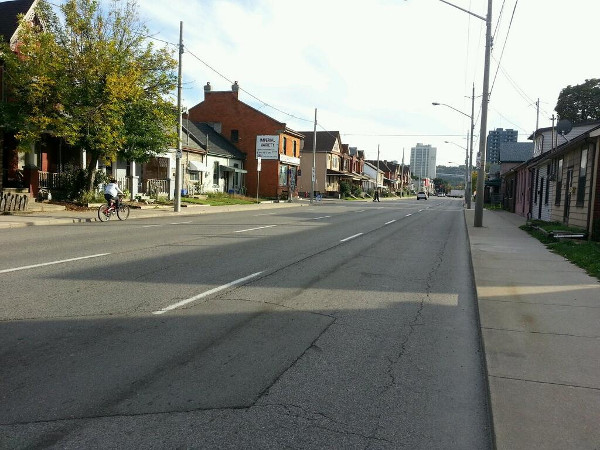 Toronto did something similar on Lansdowne Avenue a few years ago. This would seem to be one of those rare win-win issues. The public wants more trees. The city knows we need more trees.

... like the quarter-million trees planted in Red Hill Valley after the parkway went in.

20°C difference between riverside and concrete wasteland? 20°C? I didn't think that was even possible.

This is an issue that needs far more attention, and resources, devoted to it in Hamilton.
Thanks for raising it Jason.

Victoria would be a perfect street to start this with. There's already some beautiful trees that canopy the street close to Barton, but if the city would convert it to a 2 way, add bike lanes and use the extra sidewalk space to line it with trees it would be completely gorgeous and provide some much needed green to the area. Many of the homes on the street are quite stately as well so it would truly help showcase the potential the neighborhood has. I imagine it looking somewhat similar to High Park Ave. in Toronto in a perfect world.

how about the city and horizon team up and provide incentives for conversion of suitable flat roof areas into green roof systems? there are some pretty low tech, low cost ways of going about it that would simultaneously reduce electricity use in summer, reduce storm runoff, increase air quality, and deal in a major way with heat island effects.

Given that every flat roof in the lower city can be seen by those on (or coming down from) the escarpment, I can't think of a better place anywhere to institute an extensive green roof program! However, we still need more focus on preserving and enhancing a healthy tree population and full canopy (including enforced by-laws on to maintain the existing stock please).

i agree fully. i don't see it as an either/or proposition, i floated the idea as something that would see immediate improvement of the city health while the tree canopy develops. trees are such a beneficial long term investment but unfortunately its an investment that takes years to mature.

Yes and no. Planting new trees is only half the battle. The other half is preserving the mature trees that we already have, and we're not doing nearly enough. We need tree-cutting bylaws with teeth, and pro-active enforcement. We also need to invest more in tree-pruning, which is as backlogged as our infrastructure schedule at the moment. In fact the city should regard trees as critical infrastructure, if it doesn't already.

Request a tree for your property here: http://www.hamilton.ca/CityDepartments/P...