There has always been a segment of the male population that has openly supported and promoted gender equity. What's needed now is wholesale buy-in.

Feminism is the belief that men and women should have equal rights and opportunities. A feminist is any person who supports feminism. In other words, feminists believe that women's rights are human rights.

I'd like to start by thanking for a few of the Canadian feminists who helped make life for women and girls more equitable:

Canadian women have been working for gender equality for a very long time. There has always been a segment of the male population that has openly supported and promoted gender equity. What's needed now is wholesale buy-in.

Let's be clear from the outset, Canadian women live in a culture of rape. Women and girls make up the majority of sexual assault and rape victims. Men overwhelmingly are the perpetrators. The lived experience of women and girls makes them the experts.

Men need to play a supporting role. The men who work and volunteer with The White Ribbon Campaign are wonderful allies. They understand the importance of helping women move society from the destructive patriarchal model that we currently have to an equitable model that is inclusive and supportive of all marginalized groups.

This organization started in Toronto 24 years ago and has grown to one of the largest worldwide movements of men, and boys, working to end gendered violence by promoting gender equity, healthy relationships and "a new vision of masculinity."

Support groups like Toronto based Abuse: Survival Stories, bring women and men together to share stories of survival. Workshops create a safe space where participants can share their original music, spoken word, poetry, one person plays, and speeches.

Glen Canning, father of Rehtaeh Parsons, spoke about the role he played in his daughter's life as well as his current role of advocate for victims of sexual violence and cyber bullying. It's well worth listening to this hour-long program.

Street harassment, another form of assault that has been normalized, is in fact stalking which is a crime. Hollaback! provides a forum for women who have experienced street harassment to share their stories so that they know:

Men have a role to play in ending street harassment. If you're with a friend who hollers at a woman, tell him it's not cool. If you're a bystander, assess the situation and speak up if you feel safe. Ask the woman if she's alright or if she needs help. Call 911 if you feel the situation warrants it. Take a photo of the abuser with your cell phone to show to officials.

If you have a young kids with you, make this a teachable moment. Tell boys and young men why it's unacceptable to treat women in this fashion. Teach girls and young women that this is abuse and that no women should ever be treated this way when they go out in public. It's time to start teaching our children and youth that women and girls deserve respect and equality. 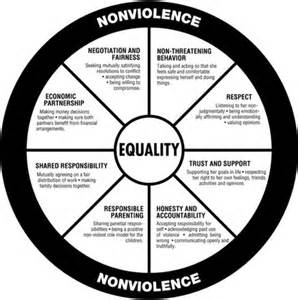 As for the famous five, you do know about eugenics don't you (see http://en.wikipedia.org/wiki/Eugenics)? It's difficult to applaud someone as a champion of human rights who simultaneously supported one of the most grotesque attacks on human rights at the same time.

Maybe you are talking about incidents of sexual assault that are reported to and substantiated by the police in a criminal investigation? Otherwise I'm going to call bs on your stats. Its estimated that 1 in 4 North American women will be sexually assaulted during their lifetime.

Its ok to have some scepticism, but if you are making up facts to downplay the legitimate concerns of others, you are part of the problem.

"As two of the researchers who conducted the Campus Sexual Assault Study from which this number was derived, we feel we need to set the record straight. Although we used the best methodology available to us at the time, there are caveats that make it inappropriate to use the 1-in-5 number in the way it’s being used today, as a baseline or the only statistic when discussing our country’s [America's] problem with rape and sexual assault on campus.

First and foremost, the 1-in-5 statistic is not a nationally representative estimate of the prevalence of sexual assault, and we have never presented it as being representative of anything other than the population of senior undergraduate women at the two universities where data were collected—two large public universities, one in the South and one in the Midwest."

There you have it. Just stay away from university or college and you'll be fine. Nothing to see here!

There always seems to be a strong negative reaction to the description of our society as being a "rape culture". I think this is due to a misconception. Our society is not one that supports rape directly, that would be ridiculous (though unfortunately a reality some places in the world). It does however condone elements that contribute to individuals believing sexual assault on women acceptable.

As has been mentioned, the core issue is gender inequality which is deeply deeply rooted in our culture; and really, how could it not be when women have only been considered "persons" for under a century. There is not the overt inequity that there was then, but it's important to seek out and understand the double standards in our society and within ourselves in order to continue to make progress.

We see the same thing with racism. People talk about the problems that result from systemic bias and unconscious bias against skin colour and the response is "I'm not a racist; I don't hate those people."

Which is not to say that nonconsensual sexual touching is OK. Quite the opposite! Of particular concern to me are overcrowded public transit vehicles that bump and lurch over every pothole in our crappy Hamilton roads. This inevitably throws people against each other. Particularly standees packed into the bus and each other. Throughout my life, I have seen some “accidental” contact that looked somewhat suspicious to my eyes.

Of course, it is impossible to prove beyond reasonable doubt that anything criminal was going on. So the important lesson is to provide adequate public transit service so that public transit vehicles are not overcrowded and facilitating sexual gropers.

How about keeping it in your pants?

There are some trains and buses in India like that. But in a Hamilton context, perhaps we should simply provide adequate service to avoid overcrowding and "happy hunting grounds" for sexual gropers. Which, I repeat, constitutes Sexual Assault in Canadian law.

Separate but equal, what could go wrong with that?