Dan Zen: Something a little tilty for TedX Hamilton

Too often people get caught up in the belief or feeling that they need to wait for some form of divine inspiration before they can set to work forging something from nothing.

To create, you must have the desire to create. Creating is the ultimate challenge for sentient beings. This thought inspires me.
—Dan Zen

For those who are new to the world of TED, it is a nonprofit organization devoted to "Ideas Worth Spreading". The main conference happens annually in Vancouver, and generally speakers give short, 18-minute talks on various topics that are usually recorded and available at TED.com.

As time has gone along, TED has expanded to include the TEDx brand, which means that the event is independently organized and operates under some general guidance from the mothership.

This year's homegrown TEDxHamilton event is themed "Engineering Grace" and features six speakers including Hawaiian-born Dan Zen, a local mad inventor and social environmentalist from Dundas, who will be presenting a short talk called "Simply Inventive: No More Waiting For A-ha!" 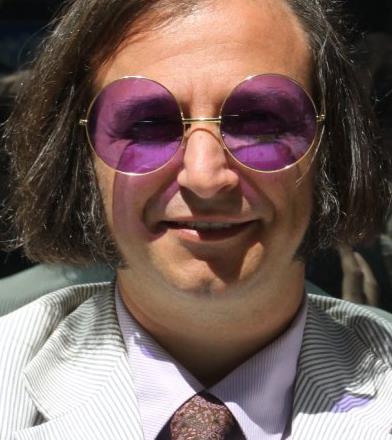 "My talk will be a little different, so get there early as I am starting the night off!" says Dan.

Dan has been busy honing his lecture skills at the Sheridan Interactive Multimedia program for which he won the Canadian New Media Educator of the Year in 2008. Those who've had the pleasure of meeting Dan in person are already aware of his personal exuberance and zest for all things new and interesting.

As he puts it, "When I meet people at clubs, tech events, art groups, lunch, etc. I try and talk about new ideas that we are having right at that moment - I get bored with gossip and the past. I try and steer conversations to new things of interest to all parties or failing that to new things that I am working on."

I caught up with Dan at his home in Dundas to briefly discuss what TEDx attendees might expect. Within minutes, we were down the rabbit hole discussing what is involved in spontaneous creativity whether it be in design, music, or any other pursuit.

Too often people get caught up in the belief or feeling that they need to wait for some form of divine inspiration before they can set to work forging something from nothing.

Dan solidly rejects this view and a few word-games later, we were trying to find applications for sasquatch seeds - a concept we improvised right on the spot. I was surprised he did not use the word "wendigo"!

Some of what he described to me reminded me of creativity games like Brian Eno's "Oblique Strategies" wherein the creator consciously takes inspiration from some random variable or other in order to jump-start the elusive creative process.

Given that Dan brands himself as a mad inventor, it would be fair to expect some interesting props and inventions. Apparently he is descended from Mary Shelley (of Frankenstein fame) so expect the unexpected!

As Dan tells me, "It has been an exciting challenge to distil a museum of creations at danzen.com into an 18-minute talk filled with demonstrations, secrets and mantras!"