With forward-looking mixed-use design and community involvement, this can be an excellent urban node in the city's LRT route. 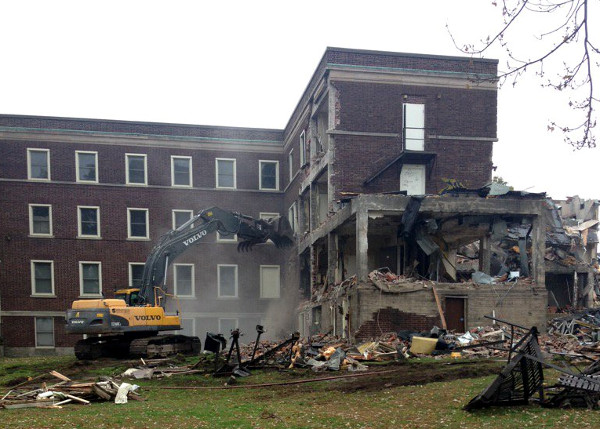 It looks like this site is included in the one-year development moratorium that Council just approved along the light rail transit (LRT) route, in order to give the City time to put together a secondary plan that supports the kind of transit-oriented development we want to see around the LRT line.

With that in mind, I have a few concerns, thoughts and suggestions as we move forward on this large, important piece of land.

First, I would love it if the neighbourhood can be involved in some of the design elements of how this piece of land takes shape. I have absolutely no desire to see it turn into a couple of stucco slabs surrounded by parking.

This location is at a future LRT stop, and it's also an important transition point between the higher-density downtown core and the more medium-density residential neighbourhood to the west.

The building form along Queen Street North, with its large towers surrounded by parking lots and grass, should not be the way we develop Queen in the future.

Second, it is clear that some high-rise development will be included on this site, and given its location I think that makes sense. However, we need to be thoughtful in how we transition from the highest densities to a more compatible street presence along Market Street, where this site bumps up against single-family homes.

The almost equally large site on the north side of Market Street, owned by the same developer, Vrancor, may also be redeveloped in a similar manner to the Mount St Joseph's site, and the precedent we set here will largely determine what happens across the street.

This must be a mixed-use development that includes residential and commercial retail at a minimum. Street retail should be required at the corner of King and Queen and continue west along King and north along Queen.

Any towers can rise from these street retail areas: perhaps one or two towers fronting King and one fronting Queen. The development should then scale down to the west to more of a townhome design along Market Street and into Strathcona Neighbourhood.

This will maintain a more neighbourhood-scaled streetwall next to the current houses, while creating a new walkable street connecting Strathcona to Queen Street and beyond. Currently, the worst areas to walk in this neighbourhood are past the giant, desolate parking lots and empty parcels of land along Market and Napier.

Vancouver offers many great examples of this development pattern. This Garrison Point podium rendering is a great model for the corner of King and Queen: 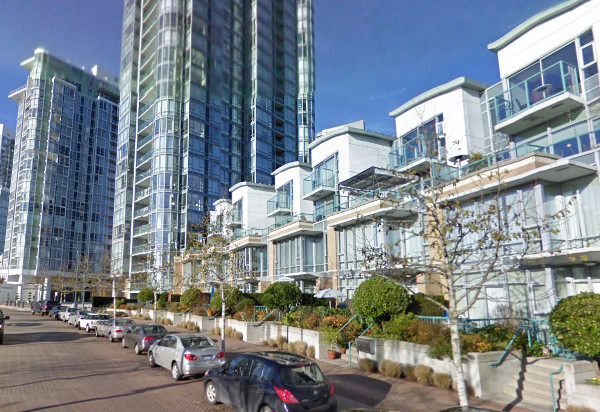 We have a great opportunity to widen the sidewalk on Market Street and create a tree-lined, pedestrian-friendly street in front of the new townhomes: 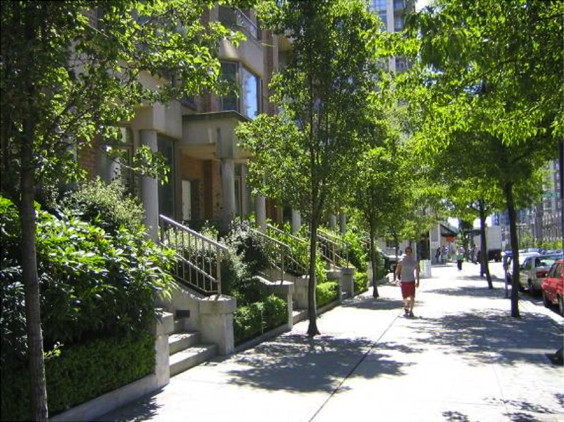 The project can also incorporate well-design greenspace, perhaps in a central courtyard of the complex above underground parking. Again, Vancouver offers a nice example in the Parc 26 development"

There are many ideas to make this a great project for Vrancor and the neighbourhood. Hamilton no longer has to accept bland stucco towers with lifeless front lawns and surface parking in our downtown core.

I hope the neighbourhood can be brought into the discussion on this one.

You've obviously never rebuilt your house or even tried to add an addition to it. Right or wrong your neighbors most definitely get a say.

Just because your neighbours didn't oppose your variance doesn't mean they weren't allowed to. Nice try, though!

Also, to add some further thoughts on urban design materials, I've long loathed attempts at faux heritage architecture as it usually comes off cartoony and cheap. However, I was just in Richmond, VA and was impressed by the quality of new brick developments, even in suburban box store locales. It would appear as though the city either requires a minimum amount of historic looking brick in all developments, or people just appreciate the feel of brick over stucco or glass. Walking through Richmond I was reminded of how much more enjoyable historic-looking brick buildings and cobblestone streets are compared with glass-walled streets. Something more humane and relaxing about it. I saw new condo/townhome developments that blended beautifully with the heritage feel, and glass towers with authentic looking brick bases.

Walkability and sense of place is created by so many small factors, all adding up. Road width, trees, materials, streetscape, mixed use etc.....

Nice to see a small city like Richmond building new suburbs in a similar manner to how Hamilton used to build suburbs, ala Westdale Village.

With vision and leadership at city hall, we could start doing the same. Again.

Was not so much dissappointed to the building getting demolished as I was to finding out who owned the property. I swear that man has something on Hamilton council where he gets to impose his will relentlessly.
However, I 100% this developer to continue his trend of low quality ugly take 10 years to build developments, while he closes off half the lanes in the city to do it. Everybody knows we need 4 20 story condos overlooking an already busy intersection on King