Margaret Houghton has not only expanded the extensive library holdings over the years, but she seems to retain, with what appears to be a photographic memory, most of that voluminous collection in her head.

By Margaret Lindsay Holton
Published May 20, 2016 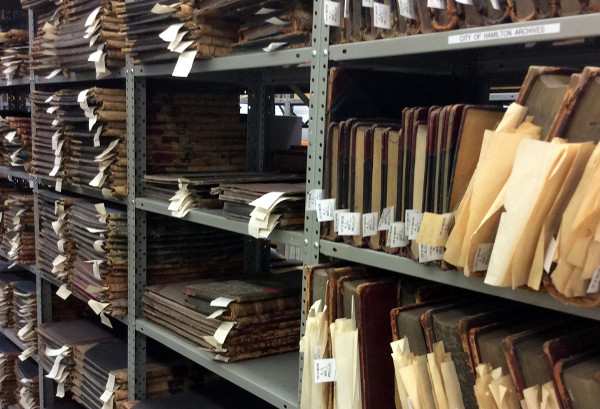 City of Hamilton Records at the Hamilton Public Library

In just four short years from now, it is projected that private industry will have pumped over $120 billion into the emerging augmented reality (AR) and virtual reality (VR) industries. Multiple immersive devices, like goggles, app-linked wrist bands and varied sensory implants have been, or are being, designed to strap on, embed or ingest to enhance and augment military, medical, gaming and our own budding social media realities.

To many investors - and especially Chinese developers - these evolving devices are a golden opportunity to capturing consumer eyeballs, and thus, their wallets. Yet, to the world-worn and leery, these emerging AR and VR devices are an odious money grab by profit-oriented corporations. To them, it is all about power and mind control.

It is known, for example, that plugging in a child under 12 years of age to a VR device - before their cognitive, motor and sight faculties have fully developed - will increase their prospect of having "sim[ulated] sickness", including nausea and acute headaches. Manufacturers of the devices even warn of these toxic side-effects. Likewise, little medical data exists that scientifically evaluates how these devices will alter the physiology of the brain and the psychology of the mind, in children, or adults. 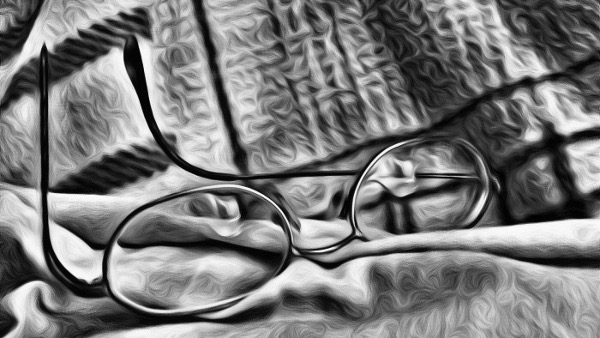 Regardless of the naysayers, publicly funded institutions - including publicly funded educators - are now desperately trying to keep up with what is proving to be an explosive privately-funded new media revolution.

Internet-connecting technologies, like laptops, mobile hand-held devices and high-tech audio-video tools, have already redefined the educational playing field. These tools are now evident everywhere in classrooms across the nation. If private industry has its way, VR products will become just as commonplace.

One constant though, regardless of the investment or the device, is the continued necessity for engaging content, once quaintly known as knowledge. It is simply not enough to have bouncing bright lights, soaring sound tracks and close-up videos of a whale's eyeball. If VR or AR devices are going to genuinely connect, as their preachers preach, and be truly transformative technologies, the content has to engage our individual mind's eye with resonating stories.

Industry leaders are well aware of this content deficit and are feverishly soliciting ideas from traditional info-media sources, both public and private. The Google Cultural Institute, as example, has linked up with the Royal Museum of the Fine Arts of Belgium to utilize Google's inexpensive VR Cardboard Mask for an immersive experience to explore the newly-animated painted works of Pieter Bruegal.

Yet, for all the hoopla, this attempt has met with limited success, achieving only 82,000 hits in two months. By comparison, cat and dog videos remain infinitely more engaging.

Meanwhile, closer to home and in everyday life, there remain true public guardians of human knowledge who toil away at preserving actual, not fabricated or simulated, realities. This actual reality is called history. The archivists who tend to this reality are called Librarians.

Stereotypically seen as (now trendy) eyeglass-wearing know-it-all nerds, these fastidious knowledge gatekeepers are keeping the gates wide open for all to pass through. It is their job, their mission - and their mandate. We should honour them.

Hamilton's Public Library service came into existence after City elders passed a series of By-Laws in 1889. (This is not to say that amateur archivists weren't already hard at it. Collecting historical documents and memorabilia has gone on without public support for centuries.) Since that time, the Hamilton Public Library (HPL) has expanded to include 22 outreach branches from Ancaster to Waterdown.

In real time, these library portals can now boast over 3.8 million visitors per year. Online or virtual access easily doubles that figure.

One outstanding local custodian of historical knowledge is Margaret Houghton in the Special Collections/Local History and Archives department at the Central Library, in the downtown core above the Farmer's Market. If you need to know anything about local history, or really, anything, Ms. Houghton is your go-to-gal.

But after 37 years of serving the community, Margaret will soon be retiring from the Library at the end of June, 2016. And yes, she is counting the days and hours. She has served long and well, and deserves her retirement.

Unhappily, we, the public, will lose one of our most valiant civic defenders, informers - and local characters. Luckily, she may be retiring from the library, but she will not travel far from history. She remains an active member of the Head-of-the-Lake Society, one of oldest continuous historical associations in the province.

Her primary HPL legacy is noteworthy. She has not only expanded the extensive library holdings over the years, but she seems to retain, with what appears to be a photographic memory, most of that voluminous collection in her head.

This is a unique memory gift, as well as an incomparable local history resource that even Google can not begin to cross-reference. That fact alone is worth celebrating - and worth remembering.

The following short video tour gives an extremely brief tip-of-the-iceberg introduction to several of the treasures tucked away for safe-keeping, and continued public access, in the Special Collections Local History and Archives section of the Hamilton Public Library.

Margaret takes us on a whirlwind tour. We cover over 600 years of social evolution in 12 minutes, starting with a facsimile of the famed Gutenberg Bible, the first book ever printed with movable type from Mainz, Germany, in the 1450s.

We imaginatively travel with her over the words of one of the most famed orators of the Greco-Roman tradition, Plutarch. We consider 17th century maps of the Old and New Worlds. We examine printed newspapers from the British colony of Upper Canada, and we emerge with the sesquicentennial celebrations of Canada in 2017.

En route, we digest local heroes, male and female - in music, sports and war - from the 19th and 20th centuries. Throughout, we stay fully engaged with this living, breathing local encyclopaedia.

Brace yourself. Concentrate, and hold on:

We will miss Margaret. But, as she implies, there is no reason to fear or fight the emerging technologies. If utilized properly, AR, VR and other digitized content will give many others around the globe unprecedented access to precious and irreplaceable images and documents.

We are in the midst of a great democratization of knowledge. Consider that the Neolithic Agricultural Revolution transformed humanity a mere 12,000 years ago. Etchings on mud flats and papyrus scrolls - the written word - emerged 5,000 years after that. It is mind-boggling to consider what the current technologies can - and will - offer us in just ten years' time. 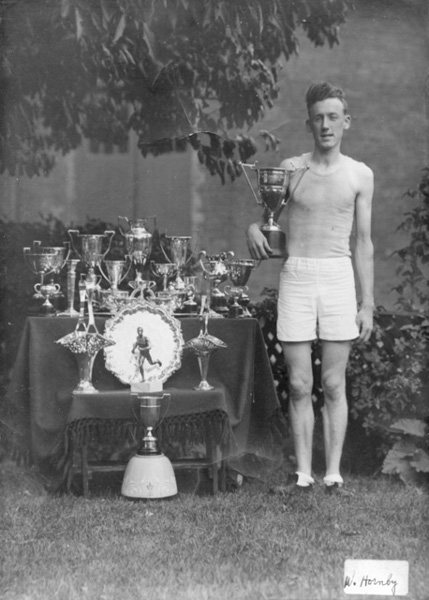 Walter Hornby, 1918-1989. Winner of the Around the Bay Race in 1937. Collection of the Local History & Archives, Hamilton Public Library.

Yes, we are on the cusp of a remarkable societal transformation because of these evolving media technologies. Teaching librarians, like Margaret, have protected the historical foundations for us through these public library institutions.

Going forward, we must remain vigilant of these publicly-held primary resources. Closing libraries, or departments in libraries, really is not a responsible reaction once the primary data has been digitized and loaded up to privately-owned cloud servers. The original publicly-held documents remain irreplaceable.

As George Orwell, author of the seminal novel, Nineteen Eighty-Four, made very clear, it will always be up to us to assess the basic humanity of our intentions. Truly, free and inquiring minds are the greatest asset we all possess.

Now, consider the latest participants in the Sundance Institute's New Frontiers lab. These plugged-in artist-explorers, gifted writers and oral story-tellers are at the very forefront of the new medias. In essence, they do represent the next tier of extreme librarians. Listen, watch - and learn.

And, Bon Voyage Margaret! Thank You for your service. 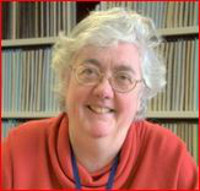 ... Another example of how VR industry is trying to seduce the public ~ "such fun!"~ via artists ~ with lotsa bright lights ~ (no whale eye in this one) ... https://www.facebook.com/thisisinsiderde...