The Councillor only formally stated her opposition to an increase in the budget, but her full remarks strongly implied that she thinks the budget is too high and the library services are no longer relevant.

Ward 7 Councillor Donna Skelly's comments on library funding at the Friday, January 20, 2016 General Issues Committee meeting incited a strong negative backlash across Hamilton, in large part based on a newspaper article suggesting that Skelly was questioning the library's budget. 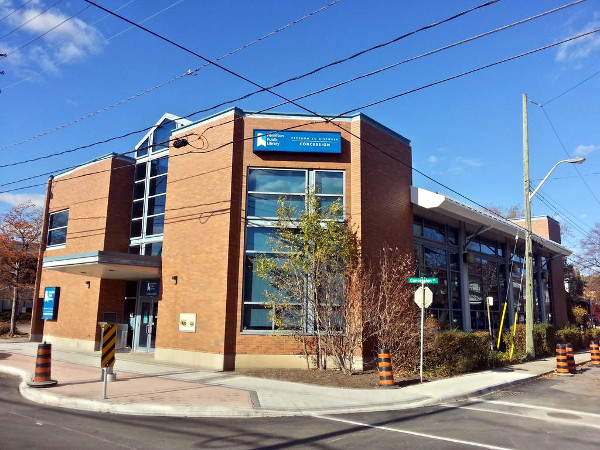 The article was taken down, a correction was issued, and another story was published reporting Skelly's clarification that she is questioning the proposed $518,000 budget increase, not the total $29,338,000 budget.

So what did Skelly actually say? Aside from very short clips, neither the original article nor its replacement cited more than a tiny sampling of her own words.

It is literally true that Skelly only formally stated her opposition to an increase in the library's budget. However, any reasonable reading of her full statement makes it very clear that she was also strongly implying throughout her remarks that the library budget is already too high and that library services are no longer relevant.

Following is an annotated transcript of Ward 7 Councillor Donna Skelly's full statement. (The audio recording of this exchange is courtesy of Joey Coleman.)

Councillor Donna Skelly: I wanted to ask you about something that's probably sensitive to a degree, um, probably not politically correct1, but I'll go there anyway. Hamilton Public Library is something that, um, has a budget of 23, sorry, $29,338,000.2 They're asking for an increase of $518,000.

Is - can you speak to that - is there any way, in your opinion, that we could be looking at revisiting some of our institutions and looking at them from, you know, the eye of the 2017 budget7 as opposed to an institution that was established, you know, a hundred years ago8 and, ah, was far different, played a different role in society than it does today?

I understand I'm putting you in the spot but I guess what I'm trying to say is: it's a $30 million budget9, um, and technology has changed, and changed how we use libraries. When we were kids we had to go to the library to do a research project, and I don't think most kids even know how to research the library any more, they're on Google.10

2. This is the first of four separate times Skelly explicitly references the total library budget (cited at $29 or $30 million) over the course of a little over 300 words. The purpose of this repetition is to signal that the budget is already very high.

3. That classic rhetorical dodge, "The library is near and dear to all of us, but..."

4. Skelly is saying she would be concerned about approving the funding for the popular 3D printer. She is signalling that she thinks the budget is already too high.

5. This statement is designed to undermine the steps that have been taken to ensure the library remains relevant, while simultaneously undermining the idea that the library is still relevant.

6. This is the second of four separate times that Skelly explicitly references the total library budget.

7. It is very difficult to read this as anything other than a suggestion that it is time to revisit the size of the library budget.

8. Skelly reminds us that public libraries have been around a long time to plant the idea that they are obsolete.

9. This is the third of four separate times that Skelly explicitly references the total library budget.

10. It is impossible to read this as anything other than a suggestion that libraries are no longer relevant for students doing research.

11. Here Skelly is literally and explicitly asking whether libraries are still "relevant".

12. After spending her entire speech clearly signaling that the library budget is too high and library services are no longer relevant, she ends up landing on an explicit position that she is opposed to increasing the budget further. This serves as plausible deniability to fend off criticism that she wants to reduce the library budget.

13. This is the last of four separate times that Skelly explicitly references the total library budget.

Thank you for writing this, Ryan and publishing a transcript of her whole speech.

Thank you so much for this. The Spec showed how little they matter to Hamilton by posting the correction along with Dresch's humiliating apologia.

Alternative facts, fake news, call it whatever you want, but it's properly known as political propaganda, and it's a social science that hasn't needed to progress much past its zenith in the 1940s.

The difference is, for perhaps the first time in history, citizens have the tools to record and play-back the pre-spun, pre-twisted reality for everyone to see and hear.

Someone who speaks 'off the cuff' without even reading materials provided to councillors, let alone online or library research, is not likely to comprehend or value library services.

Public libraries (along with good public education) are a key element of our democratic ideals, to provide equal opportunity for all in accessing knowledge, where family resources may not be available.

Middle class councillors may need to look beyond their own experience and perspective to comprehend the experiences and needs of others.