Ontario's Ministry of Labour has an effective Vision Zero policy that has been very successful in eliminating deaths and injuries from Hamilton's factories. The same approach would also work on our deadly streets.

Ryan McGreal's April 6 article did an excellent job of documenting many of the horrendous car crashes on Aberdeen Avenue. Of course, until the City of Hamilton releases its motor vehicle crash data, we will not know the full extent of the deaths and injuries caused by motor vehicle operators crushing people on Aberdeen. 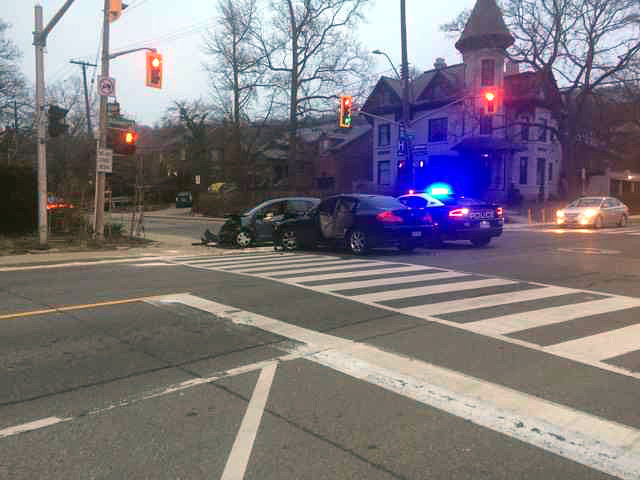 Thanks to Hamilton's Vision Zero webpage, we do know the overall numbers of death and injures caused by motor vehicle operators crushing people in Hamilton. They are truly horrific:

Although horrific, these deaths and injuries are entirely preventable.

Ontario's Ministry of Labour has an effective Vision Zero policy that has been very successful in eliminating deaths and injuries from Hamilton's factories. Whenever Hamilton's factories experience a death or injury, the entire affected manufacturing operation is completely shut down.

It remains shut down until a thorough investigation has determined the root cause of the incident and changed the manufacturing system in accordance with the Hierarchy of Controls to prevent the incident from ever happening again.

Anyone who has worked in one of Hamilton's factories and participated in industrial health and safety training in the workplace should be familiar with the Hierarchy of Controls.

The Hierarchy of Controls ranks the ways of dealing with a hazard from "most effective" to "least effective." In all cases, the top two most effective means of control are "Elimination" and "Substitution." This means to remove the hazard altogether or to substitute it with a less hazardous alternative.

Stephanie Patterson and Mikael Colville-Anderson have applied this model to street safety, with the following conclusion:

Since the danger of traffic violence comes from motor vehicles, the solution is: first, to remove/reduce motor vehicle movements from residential streets; and second, to substitute motor vehicle traffic with walking, cycling and public transit.

There are many ways of removing/reducing motor vehicles from residential streets. However, for the City of Hamilton, one of the most effective strategies is the sectoral or Neighbourhood Strategy.

In a city that uses the Neighbourhood Strategy, people can freely move throughout the city. People can move straight from A to B wherever they are going by means of walking, cycling or public transit. But motor vehicles cannot. To achieve street safety, all rat-running "cut through" car driving has been eliminated. Motor vehicles can only move from one neighbourhood to another by way of the surrounding ring road.

For the Neighbourhood Strategy to work, a city needs a ring road. Hamilton has this, in the form of the Highway 403/Lincoln Alexander Parkway/Red Hill Parkway/QEW ring road around the city and the Burlington Street/Nikola Tesla Boulevard connection to the industrial zone.

Examples of the Neighbourhood Strategy

There are many examples of the successful use of the Neighbourhood Strategy. One example is in Groningen in The Netherlands.

As we see from 2:10 to 3:45 in this excellent Streetfilm, central Groningen has four neighbourhoods. All people in any neighbourhood can travel directly from A to B by way of walking, cycling or public transit.

In the film, please take note of the rising bollards that allow public transit vehicles to travel straight from A to B. But private cars must take the ring road to travel from one neighbourhood to another.

The effect of Groningen's Neighbourhood Strategy has been to achieve significant improvements in street safety, and a substantial mode shift towards walking, cycling and public transit.

Another example is the city of Houton. This is a good example to use whenever someone says that suburbs or new construction "must" be car-dominated. Houton is a newly-built suburb of Utrecht. And yet there was no problem in implementing the Neighbourhood Strategy when this suburb was built.

One particularly good example is the city of Ghent in Belgium. In many ways, Ghent is similar to Hamilton. Ghent is about the same size as Hamilton, with a population of 595,000 people in its metropolitan area.

Its economy is also similar. Ghent has a major port and an industrial heritage. But in recent years its economy has shifted more towards education, health care and cultural activities.

On April 3, 2017, the City of Ghent implemented their Circulation Plan. To quote from Ghent's official government website, "the Circulation Plan divides the city into 6 sectors and one big carfree/pedestrian zone."

People can move freely throughout Ghent straight from A to B by walking, cycling and public transit. But private motor vehicles can only move from one sector to another by way of Ghent's ring road.

How did things work out in Ghent? Well, of course, the usual media commentators predicted chaos, gridlock and the end of the world.

The reality was somewhat different. There were no significant problems when the Circulation Plan was implemented. Two weeks after implementation, there were still no problems.

Evaluating the Circulation Plan a year later, it was a huge success. Motor vehicle crashes were reduced by 40 percent.

The cycling mode share hit 30 percent of all trips. And the city is a much better place for children to live.

In the summer of 2016, most of the rat-running car traffic was removed from Aberdeen when Beckett Drive was temporarily made car-free for maintenance work. Aberdeen was instantly made a much safer street for all of its people. 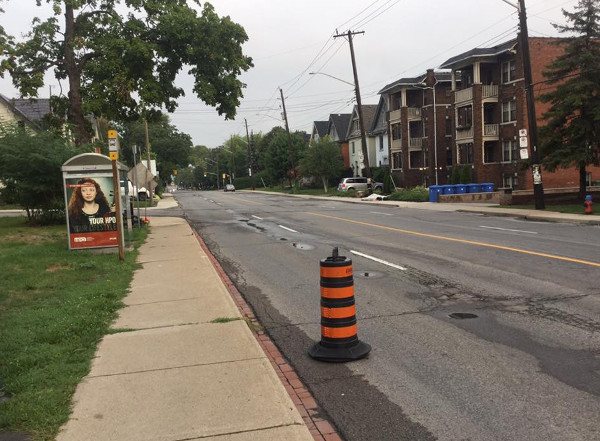 This same safety can be achieved on Aberdeen and on all of Hamilton's streets by using our existing ring road to implement a Neighbourhood Strategy for street safety.

We could go a long way preventing accidents by eliminating the rash of non-standardized and non-highway traffic approved signage that has cropped up in Hamilton over the past years. The overabundance of signage and road markings are rendering signage useless. In addition, drivers are not trained to understand some of the current road markings and signage. (While not relevant to the Aberdeen area, the sign at King and Bay necessitated by the bike lane is a doozy!)

Putting a 20 second delay on the pedestrian controlled stop light at Aberdeen and Kent would help as well.

As an aside, the statistics available show that there has been a regular and pretty consistent decrease in accidents in Hamilton over the past 50 years. It will be interesting to see what changes if any have occurred since the last available data. My guess is that they have gone up - particularly at Aberdeen and Queen. Having driven that roadway for over 45 years, my anecdotal experience is that there has been a significant increase particularly between Aberdeen and Kent. I have personally witnessed over 5 collisions in the last three years. I never saw any accidents there in in the prior 42 (though I am sure they occurred.)

P.S. I think you aint seen nothing yet. Wait until the LRT closes down King and the traffic doubles on Aberdeen.

https://www.wsj.com/articles/hit-and-run-fatalities-soar-as-more-people-bike-to-work-1524735001 Wonder if this is true in Ontario.

Looks like In the U.S. pedestrian deaths are soaring.

Does anyone know when they are going to release the numbers here?