Ballet at the Tivoli

It looks like the much-abused Tivoli Theatre will rise again. According to the Hamilton Spectator, the current owner has accepted an offer from Canadian Ballet Youth Ensemble. It should be finalized on September 7. 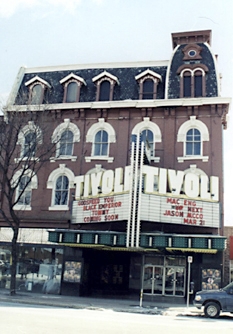 Tivoli Theatre before its front was torn down

At the Spallacci block, the foundation hole has been dug, the area fenced off and the new Shoppers next door opened to the public. Construction has officially begun on the long-awaited eleven storey residential building in the heart of International Village.

Renovations continue on the entire building facing the Jarvis Square parking lot on King East. They are now advertising Jarvis Square Condominiums on the sign out front. Perhaps the parking lot will be replaced with a true "square" someday.

Volunteer Hamilton is soon moving to new space in the "big blue" building on King East. Art galleries and performance spaces will occupy the upper levels of this large complex.

Word is that demolition will begin in September on the block of buildings in the area of King William - Ferguson - Jarvis and the east-west alleyway at the south end of the site. Work will then begin on a new 15 storey condo building.

Construction has begun on the old Strathcona Ave firehall in preparation for a new five storey residential building on the site that will incorporate the historic firehall.

Construction has also begun on a new nine storey student residence complex at the old CNIB site on Main West. No design drawings have been made public to my knowledge.

The chess tables are in place in Gore Park at King and Hughson. I strolled through one morning and saw a few office workers enjoying their coffee at the tables. Later in the day I saw what might be the first official game of chess taking place on the new tables.

In what I hope is an unrelated matter, the next morning I saw two cops dusting the phone booth nearby for fingerprints. Perhaps they were looking for the people who stole the Gore Park Music Festival and moved it into (as the lead man for the Nylons said, quite sarcastically and annoyed) "a parking lot in downtown Hamilton."

He followed up with this blast: "This is the only city left in Canada that still loves one-way streets." Ahh, nothing like showcasing the beauty of Gore Park with one of the most well known a capella groups in the world.

I'm sure they'd love to come back next year. Let's try the parking lot at Main and Hughson this time.

Speaking of showcasing beauty, the folks at Fercan developments are finally starting to revive the old Eaton Centre. Hart Department Store opened recently and is a welcome addition to the downtown.

No more trekking to Eastgate or Burlington for those everyday household items that were becoming hard to find downtown since Eaton's left.

Also, a deli plans to open in one of the street-facing stores along James North. Hopefully now Fercan will follow through on their promise to flip around the James St walls of the place and create a nice, pedestrian environment with patios and store entrances.

New artist studios are available on James North, next door to the You Me Gallery just north of Barton. A sign in the window has all relevant info for those interested.

James North was recently featured in a flattering National Post article. Check it out if you haven't already seen it.

T4U Tea House and Sushi Bar has been fabulously renovated and will soon open at John and Jackson.

Pho Bo Con is also doing a great reno job and progess is coming along quickly. It opens on August 15th at York and Queen. 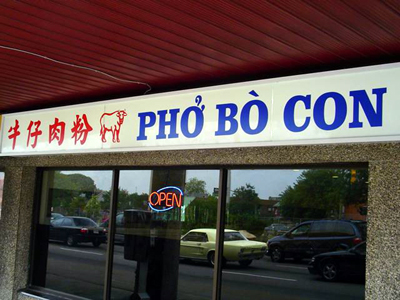 Blondie's Bistro and Music Lounge has opened on James North, next to Dunas Verde Café. A nice streetfront patio adorns this new space.

The renovations to the old Corktown Tavern are looking great. Slainte bought the establishment and plan on re-opening it as an Irish pub.

St Antonio's Italian restaurant is opening shortly on James South in the ground floor of the Chateau Royale condo tower. There will be a street patio as well.

Bread and Roses Café on King William is now open for business. The menu is fabulous with all products being organic, fair trade and locally grown. It is in the ground floor of the Sky Dragon Centre.

Pho Bo Con is now open at York and Queen, and yes, it's fabulous!

A new fruit, vegetable, and flower market has opened on the same block of James South at Augusta. It will be a much-welcome addition to this vibrant neighbourhood.

This is not really downtown, but in the vibrant Concession St neighbourhood overlooking the city, a new tower crane has been erected near Upper Wentworth on the Mountain brow for a new 11 storey condo. On recent walks through Bayfront Park, Sam Lawrence Park and along York Blvd, Pier 4 and 8 this crane was easily visible.

What's happening with the via rail station? Are they still building one? And where?

It's Karen from The Bread & Roses Cafe. I just happened to have been looking at this page when I noticed an article about some of Hamilton’s newest restaurants. Thanks, it's so nice to have been included! The article described our menu as being all organic, fair trade and local. Well, that's almost completely correct.

I just want to mention that although we strive to maintain an emphasis on organic, local, and fair trade certified ingredients, we should make it clear that not absolutely everything we sell falls into all of these splendid categories! We choose organic ingredients according to factors such as availability, reasonability of cost, and freshness while we make local choices a priority across the menu, as well. Certain items are definitely imports, such as our coffees, and the pineapples and bananas in our smoothies. These ingredients add variety to our menu, and cater to the tastes of our 'regulars'.

Our efforts to consider the triple bottom line when we created our menu has resulted in a menu that includes a wide selection of items with at least about 80% organically grown and/or raised ingredients. That’s really high for the restaurant business. Going 100% organic with every menu item and ingredient would result in restricted, unpredictable menu coupled with outrageously high menu prices. I probably could not afford to eat at my own café under those circumstances. Not good.

So… here’s a challenge for all of us enthusiastic natural food supporters: how about starting a “Local Food Only” Café here in the Hammer, or else a restaurant that is 100% organic? How about a raw food bar, or a purely organic juice bar? I probably wouldn’t be able to go to these places all the time, but I imagine each could be an interesting, unique, and soul-satisfying experience! …And what’s this I hear about something new getting cooked up for the kitchen at The Staircase?

Anyway, I’ve touched on some pretty big issues, so I should stop now or else I’ll never stop typing.

BTW: Want to know what's in your Bread & Roses soups, muffins, bowls and brownies? Just ask. We'll let you know about what you're eating, no problem... but we can't give out our actual recipes. Our grandmas would get pretty ticked-off.