nîpawistamâsowin: We Will Stand Up

This film should be shown in high school civics, law and history classes across the country to eradicate the belief that First Nations peoples are disposable.

Colten Boushie spent the afternoon of August 9, 2016 swimming with friends. On the drive home the 22-year-old Cree man from the Red Pheasant First Nation, Saskatchewan fell asleep in the back of the SUV. He woke to chaos and violence that ended when Gerald Stanley shot Colten in the back of his head. 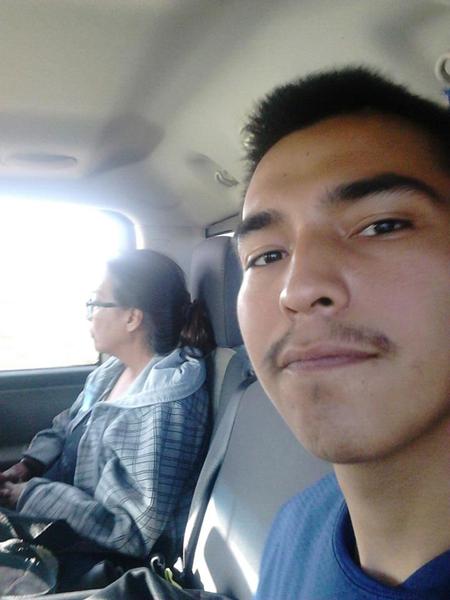 Award-winning filmmaker Tasha Hubbard honours Colten's memory and his family's struggle in her newest film, nîpawistamâsowin: We Will Stand Up. Hubbard skillfully weaves together the biased history of the Prairies, her own adoption into a settler family, Colten's cold-blooded murder and the systemic racism permeating Canada's judicial system.

This film should be shown in high school civics, law and history classes across the country to counter the blasphemous history that Canadians have been served for centuries, disrupt the myths and stereotypes perpetuated by racists, and eradicate the belief that First Nations peoples are disposable.

The film focuses on Colten's loving family as they endure inhumane treatment at the hands of the RCMP, an all white jury coming to an absurd decision, being denied the right to appeal, and an unending stream of racist social media posts and death threats.

Their journey for justice for Colten takes them to Parliament Hill, where they meet with Prime Minister Justine Trudeau, NDP Leader Jagmeet Singh (Conservative leader Andrew Scheer sends lackeys in his place), and a variety of Ministers and Senators to request a Royal Commission on the elimination of racism in the judicial system.

When it becomes evident the Commission would not be forthcoming, the family addresses the United Nations Permanent Forum on Indigenous Issues, requesting they investigate the structural racism permeating Canada's legal system.

Emerging from the tragedy are the powerful and resilient voices of Colten's sister, Jade Tootoosis, and his mother Debbie Baptise. They are joined by family and community in their efforts to create a better future for the next generations so Indigenous children can live safely on their homelands.

nîpawistamâsowin: We Will Stand Up made history at the Hot Docs Canadian International Documentary Festival as the first-ever opening night film by an Indigenous filmmaker before winning best Canadian feature documentary award.

nîpawistamâsowin: We Will Stand Up (98 minutes) will be screened:

nîpawistamâsowin: We Will Stand Up (2019) is a co-production of Downstream Documentary Productions and the National Film Board of Canada (NFB). Distribution by the NFB.