This is a day to call to account those councillors who are pretending to forget the existence of the harm and hatefulness which the rest of us are trying to put well and truly and finally behind us. 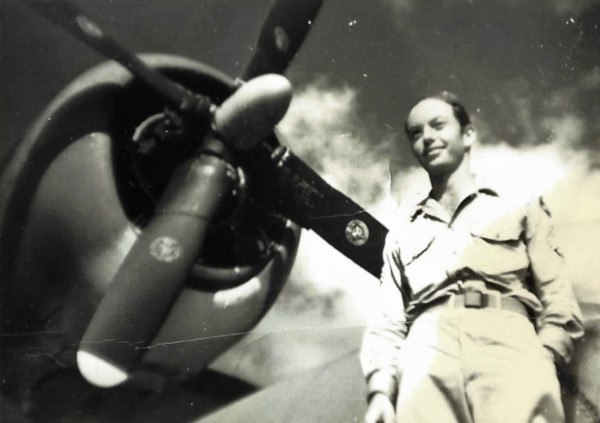 This photograph of my father-in-law was taken during the Second World War, while he was on chemical weapons detail with the American forces in the South Pacific. After the war he married Ethel Stone, of Charleston, West Virginia, and they migrated to Whittier, California, where their four children were born.

When I knew him, many years after those kids were grown and gone, I found him alternately very entertaining and very annoying. A Democrat, but also a patriot in the chauvinist manner of most Americans, he worked for OSHA and grew prize-winning day lilies. To talk with him, you went out back and helped him weed.

As he grew older, he gave himself ever greater license to be visibly, actively impatient - so impatient, in fact, that he finally acknowledged to his family that he was gay. None of us among his children, by birth or by marriage, know who suffered most during Rod and Ethel's lives together, compounded as they were of perfect fidelity and perfect duplicity. Probably Ethel, who insisted on keeping her vows, as she put it, to the last.

Nor were any of us bothered by the nature of Rod's revelation. It was rather the long concealment that was troubling, and its toll on the marriage at the end. It had been many years already since I had been deeply disturbed by a sudden change in the self-professed identity of someone near.

That sort of mental re-organization had happened first around 1973, when one of my closest high school friends was coming out of the closet, as we all learned to call this particular exercise in truthfulness, and was making the rounds of friends and relatives. It was a sort of trial by ordeal, one in which the confider was never really sure how the confidant would receive the news - if news it was.

(Please bear with me, I do have a point to make, these excursions down memory lane really are going somewhere.)

How naive and ignorant I was! God knows how many clues there had been during the years I had known him. And how dismayed I was that Gary had set himself on such a difficult journey, since after all, his parents were in Dundas, he was away at school in Toronto, no one other than he and his new-found circle of friends needed to know anything whatever about his life there.

He helped me out of my ignorance, gave me things to read, took me around in Toronto to show me the new continent - new to me. He became a lawyer, took a job with the Securities Commission ... and disappeared. Two years later he called from his parent's house. When he opened the door, it was obvious what had happened. A few weeks later he was hospitalized at Mac, and soon he was at Casey House.

That was many years ago. I still think of him often. I don't know why. Recently, while browsing second-hand books, I came upon a collection of Whitman's poems with a cover illustration taken from a painting by Thomas Eakins of naked men at a swimming pond.

Gary was interested in Whitman and Whitman's service with the wounded during the war between the states, an interest whose biographical import I simply never grasped during high school days. Turning up that book with that cover was like receiving a message, or a prompt, if you will. No, not from Gary. I know he is not out there. He is gone, utterly.

He is only in here, with me, and it is mainly for him that I am writing this, because he vanished very early, irrevocably and forever, owing to that horrible, unstoppable plague which has now become a preventable, treatable disease - an outcome which was delayed because of the prevalence of attitudes toward my father-in-law and my friend like those currently propagated by "think-tanks" like Cardus, manufacturers of vicious nonsense which Council seems set to endorse.

Even with all possible funding mobilized on the morrow of the epidemic, nothing could have been learned and tested rapidly enough to help Gary much. But a more broadly and quickly funded scientific and medical effort could have benefited many, many others, of whom I knew two: David Buchan, the artist, whom I met when we lived in Montreal a block apart; and Eric Steiner, the theatre director, who directed a play of mine during the last working years of his life. (Bear with me just a little more.)

David and I were introduced by a mutual acquaintance, Jules, who lived across the hall from me in our rented rooms on the second floor of a house in Rue Saint-André. When David befriended me, most of my Montreal people had moved on to the West Coast and it had become lonely. I think he was working on "Geek Chic" at the time, a mock fashion show also quite serious, in which he modelled a range of outsider clothing so outre that it transcended mockery.

His work was effervescent, satirical, sometimes sharp, but also just so much fun. Off stage, as it were, I never saw an edge. He was the gentlest of men with me, who was the most clueless of neighbours. By and by he went to Toronto, where he had a lot of success with his supremely witty fashion show/performance pieces. He died at forty-three, in the middle of a flourishing and highly productive life.

By the time I met Eric, much medical progress had been made. He was able to continue for ten years after being diagnosed, and was not observably ill at all when he was working with me. One day while we were going over a script at his apartment, I used the washroom. It seemed to me that there were bottles and vials everywhere, indicating a condition I had not known he had.

When I returned to the living room, he seemed ill at ease for a few moments. So was I, but I made no inquiries. By then one stigma was lifting, but another was still hovering. People were still being shunned by some for coming in contact with the virus, so I thought it best to say nothing and just get on with the task at hand, to show that it was all the same to me. Was this ridiculous? I still don't know.

What I want to say is simply that if I, a straight male, can have had four people so important in my life who happened to be gay, then I am quite sure that many others in this city are in the same position. Thousands, in fact. How, then, is it possible that a reactionary homophobic political cult like Cardus can plausibly present itself as a partner to Hamilton city council?

How is it possible that Council could contemplate giving approval to their stance, or offer them a base of operations from which to conduct their political campaigns?

Make no mistake, this is by no means a religious organization. It is a political action committee, attempting to alter political opinion and ultimately legislation, by a persistent, patient effort to influence how people speak in public, act toward others, and vote. Their conception of the right order of society involves the denigration of gay persons which leads directly to open expressions of contempt, hatred and violence.

Lately I have been remembering Gary more, for obvious reasons, and also David, and also Jules, who lived across the hall from me, on the second floor of that house on Saint-André. The other day I remembered coming downstairs one evening and stepping out onto the porch just as the landlord's son hissed "hostie de tapette" and turned away from Jules, who stood stock still on the sidewalk. It took me a moment to realize that he was weeping. And bleeding. And trembling. That he had been punched in the face and his nose was running blood.

I am writing this on the eve of the day when Hamilton City Council will decide on whether to finalize its commitment to a partnership with Cardus in the disposition of Balfour House. This is a day to call to account those councillors who are pretending to forget the existence of the harm and hatefulness which the rest of us are trying to put well and truly and finally behind us.

Today is a day to remember all those who are or have been near and dear to us, and whose lives were or will be shadowed by groundless pointless hate if we do not hold on to the gains we have made - I'm sorry, the gains which we have been obliged to allow, by the immense personal efforts of gay people everywhere.

With great generosity, they have insisted on making us respect them, so that we can better respect ourselves. We ought to return the favour. 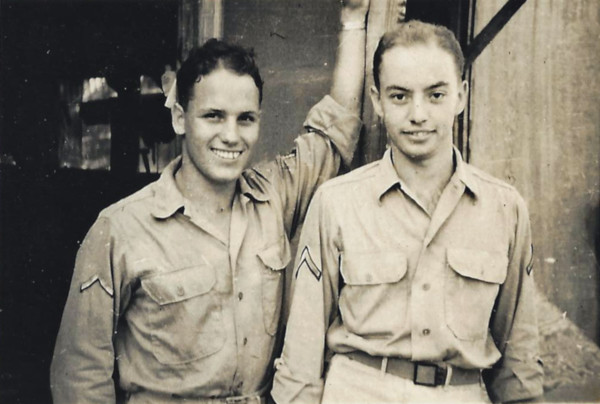 Thanks Shawn for a well written article...

I appreciate your passionate and well-written article. However, as a relative newcomer to Hamilton, I am not familiar with Cardus. I went to its website to learn more about it. I don't see evidence that it is as malign an organization as you portray it to be. I see on its website that it supports what it considers to be the traditional form of marriage, but I don't see hostility or attempts to coerce its point of view on those of us who don't share it.

I'd like to learn more about this issue -- and I imagine I am not the only one who's read your article and is left feeling unclear about why you consider Cardus to be so very problematic.

Would you explain that more? What do you know about Cardus which is not evident on its website?

I ask in all sincerity and with respect for your experiences and knowledge.