At Saturday's special meeting, Harry Stinson announced that the Hamilton Grand will be built at the southeast corner of Main St. and John St. Here is a rendering of the new site and diagrams of the new layout. 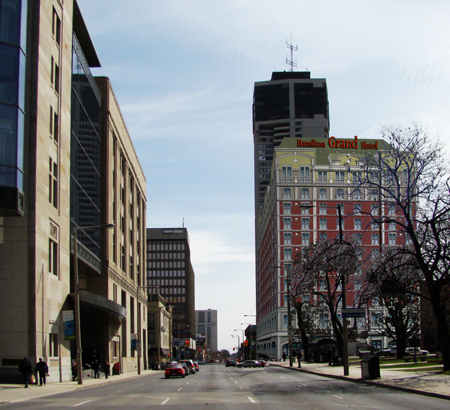 Rendering of Hamilton Grand New Location at Main and John 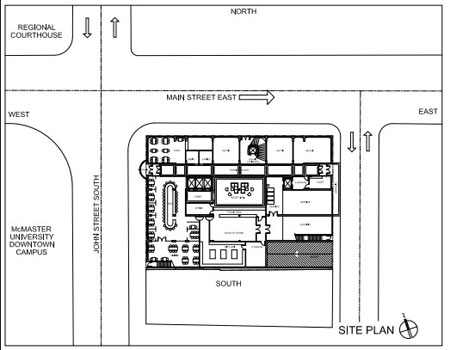 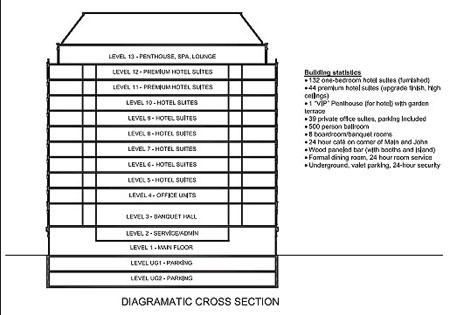 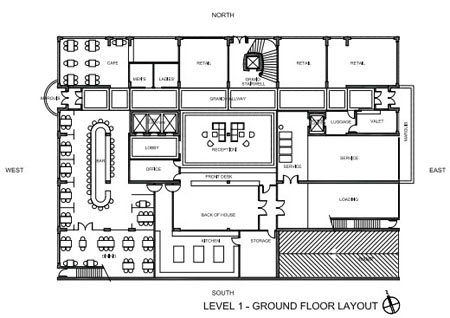 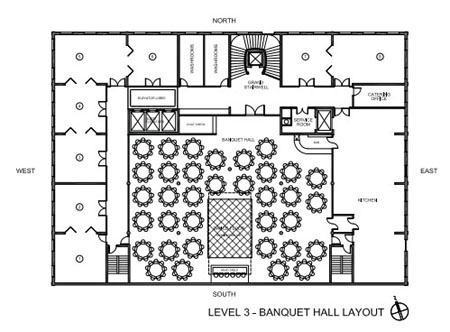 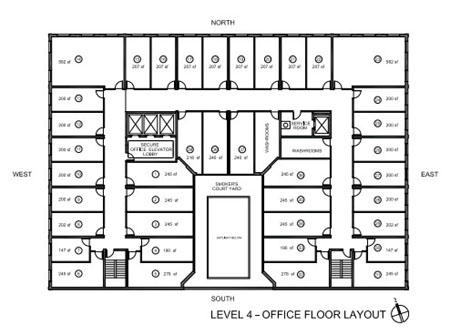 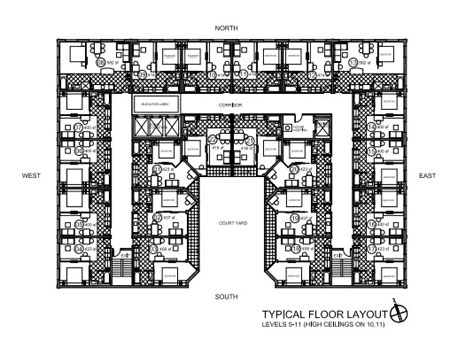 Not too shabby. One thing I would like to see, is a WIDER SIDWALK along both Main & John, but especially Main. The size of 100 Main's sidewalk is perfect!

I've walked around the London Tap House corner several times to a) walk into someone, or b) almost walk into someone.
Same with the N/E corner of Main & Hughson (that small accountant's building).

Hopefully the plans are so that the sidwalks around are wide enough, allowing for maybe some patio space for a little cafe? Maybe on John facing Prince's Square aka 'Downtown Mac Square'. I couldn't possibly imagine a patio along Main!

it's pretty amazing come back home from Portland and walking on these skinny sidewalks here with 5 lanes of roaring traffic speeding by. There's plenty of room for wider sidewalks on Main...once our city decides that people belong downtown instead of multi-lane truck freeways.

When does the crane go up. Jason your right this is Hamilton not Portland. Would love to see all 2 ways streets but lets face it main st will be like this forever or atleast until I die (only 27). Don't think making Main and King 2 way will solve all our problems either. Biggest problem with Hamilton is the people that live here but hate it and seems to think the people hangning out downtown are going to kill them or do something to them. What it comes down to is that a lot of people in society are very jugdgemental of how people look. I personally don't care about what people look like other than for the fact that I know it seems to bother everyone else. I go to Mohawk College and have to constantly keep my mouth shut when people cut this great city up. Honestly when i hear people voice there complaints about downtown its very seldom I hear about the one way streets and the traffic on main. 90% of the time its about the people walking around down there and how "Scary"they look. me and you both know its just ignorance on their part however that still the case. One last thing you making refrence to Portland is no better then the other crowd camparing things to toronto except T.O. is a crap hole and everyone who thinks it is so great had probably never left Ontario

Anyway heres to Harry and the hopes of creating a project that brings a "higher" class of society downtown.

P.S. sorry for highjacking the post just had to spill my guts to someone.

P.P.S. I have tried to register to RTH however I never got my verification e-mail

It looks like every other good development idea floating around the city, however I'll reserve judgment untill construction actually beings.

On a side note, I know this is completely off topic, but there doesn't seem to be a place to express random comments on this website. Does anyone have any information or updates on the progress of the Education Square development? Other than articles from 2008, there is no new information. Is the project even alive still?

^^You should check out skyscraperpage.com then
it's a forum dedicated to development, and Hamilton has it's down section.