Quite a few Fringe shows often have an autobiographical slant and Saor - which means "Free" in Gaelic - is no exception. Essentially we are viewing something of a "coming of age" story (almost still in progress!) of the animated and delightful Carlyn Rhamey. 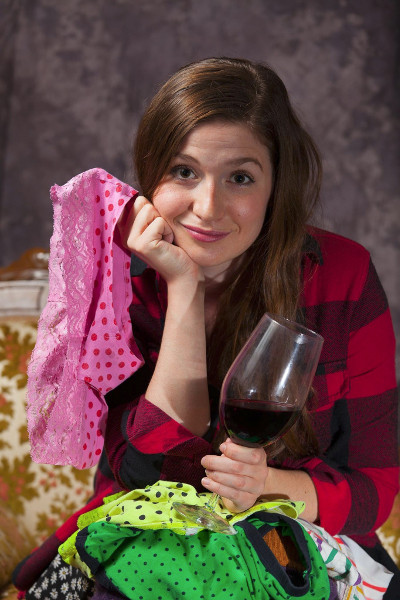 This one-woman production opens with Carlyn's self-analysis, which is not pretty. She quickly paints a portrait of a neurotic young woman who drinks alone and probably will die alone. Sounds like she needs a vacation.

Good news, we are about to be whisked away with Carlyn on a series of magical adventures to Dublin, Ireland, Scotland, the Red Light district in Amsterdam, London, Alberta. You name it, Carlyn took us there.

We hear Irish fiddles and Scottish bagpipes, we lose our underwear in humiliating ways, we attend wild sex shows, we fall in love, we fall out of love.

In short, we experience the grand experience of life in just a short hour through the prism of this very refreshing and fun new talent.

The stories resonate with anyone who has traveled and occasionally felt insecure. The music and lighting were effective at setting the scenes.

As anyone who knows me will attest, I always like any play that somehow sneaks in Vikings. I was certainly not disappointed. In fact, Carlyn, the next time you are drinking alone, give me a call!