How to Watch the Official City of Hamilton Livestream

Three easy steps to watch the city's Council and committee meeting livestream on almost any computer or phone platform.

The Public Record is no longer able to stream public meetings at Hamilton City Hall, due to changes to the City's wifi access policies. (The Public Record's hardwire internet access was revoked as part of the punishments imposed by Council in a 13-2 vote on February 25. 2015)

The following guide will enable you to watch and listen to the City's own official low-quality livestream without having to install Silverlight. Unlike Silverlight, this method works on almost any device.

Warning: The City of Hamilton considers accessing public meeting videos outside of their strictly controlled Silverlight application to be a form of "RSS hacking", and a violation of their website terms of use.

This guide openly encourages you to be an engaged informed citizen, and to violate the City's ridiculous attempts to stop you from doing so.

A Quick Word on Silverlight

Silverlight is an obsolete Microsoft technology that even Microsoft says you should not use, after deprecating it in 2011. Security vulnerabilities are frequently discovered and exploited by criminals. Silverlight has never worked on mobile.

When the City adopted it in 2012, it was already widely known the technology was outdated, and only worked on Windows desktop computers.

It had one "advantage" - the City can quickly edit the videos, it's hard for people to make copies, and the stream can be turned off quickly in the event Council is embarrassing themselves.

To stream public Hamilton City Council meetings on your device, you need the following:

Visit the VLC Media Player project webpage on your device at: https://www.videolan.org/vlc/

The page should automatically detect your operating system, and provide a link stating "Download VLC".

The VLC Media Player homepage on February 15, 2017 from a Windows Desktop in Chrome browser

Android and iOS device users can download the app via their respective app stores.

By default on desktops and laptop, the application will seek to associate most video and audio formats with VLC as your default player. Un-select those options during installation.

The following instructions are for the desktop/laptop version of VLC. (If you are using a smartphone, please send me a Tweet @JoeyColeman with screen captures of your VLC version.) 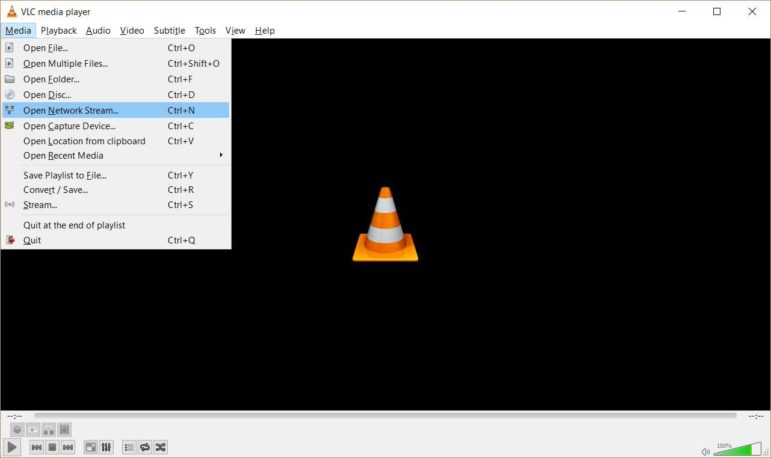 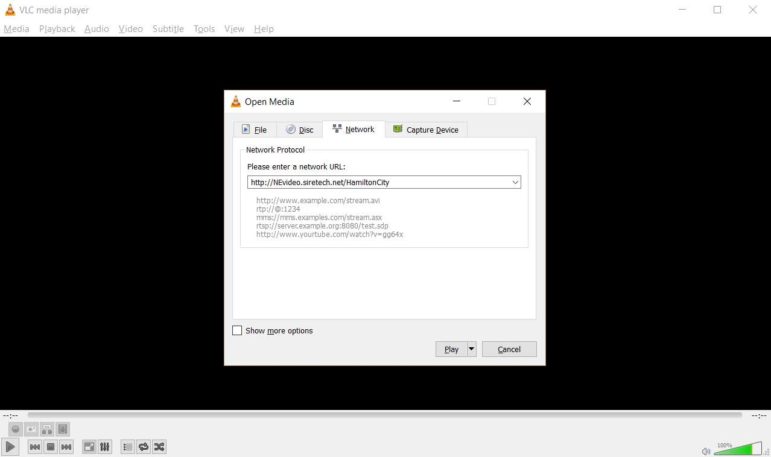 Enter the address of the City video stream

Note: When the City stream is turned off, this address does not open and you will receive a message: "VLC is unable to open the MRL"

Now you are watching the City's livestream. Once running, the City stream will appear in VLC similar to below: 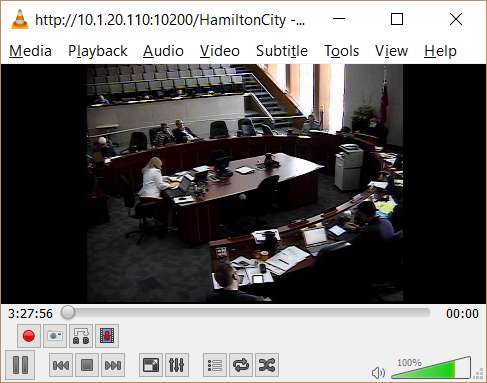 Watching the City livestream on VLC

A version of this article was published on The Public Record.

Editor's Note: for several years, Joey Coleman has tirelessly worked to provide full, open access to the democratic workings of our municipal government by livestreaming and recording Council, Committee and Sub-Committee meetings. But as the saying goes, no good deed goes unpunished.

Mr. Coleman and his journalism platform The Public Record have faced steady opposition and obstruction from the City, including harassment and even physical assault. He has also been maliciously accused of "fake news" for sharing undoctored, in-context video clips of Councillors doing appalling, embarrassing things during public meetings.

The only people who benefit from Coleman no longer being able to record and stream Council and Committee meetings are those Councillors who would rather not have to face accountability to the public for the things they say and do on our behalf.

It is to Coleman's enduring credit as both a journalist and a responsible citizen that he is still trying to find ways to circumnavigate the City's systematic obstructionism and connect Hamiltonians with the public, democratic governance which they have a fundamental right to observe and engage.

Thank you, thank you once again for the valuable work you do in recording what actually happens, so that people can see it for themselves.

Thanks to your valuable work, Raise the Hammer readers can view the presentation of myself and three other members of the Hamilton Cycling Committee to Public Works Committee on February 13. This begins at the 1:49 mark at this link.

Once again, thank you for allowing the people of Hamilton to see for themselves their local government at work.

Thank you Joey, for everything you do to bring us closer to our elected officials, Joey and of course RTH for providing this open forum.

These wall cameras are a horrible way to watch a meeting between elected officials. I had to stay home to participate in a Board meeting on Monday and it's horrible. Delayed, static. Not like your tapings where you zoom into the screen or the person talking. You made it more like watching television which makes it that much more interesting for others to follow.

No elected official should:

I cannot imagine how hard any of this has been on you both personally and professionally but you should hold your head up extremely high for the respect you hold within your community and I hope among your journalist colleagues. You have fought the battle my friend and won because for me, winning is in respect. That's the only thing you can control.

You teach our youngest members of our society to fight for what they believe with dignity, yet with perseverance.